L loved making dinosaur fossils and had asked if we good make some to eat, so we had a go using our gingerbread biscuit. They enjoyed making and eating them but the biscuit recipe is maybe a bit to puffy when cooked if you want a detailed fossil imprint. But this wasn't about creating perfect replicas it was following up on a child's idea and idea that the other children also liked the sound of, I think the gingerbread biscuit is the bit they really liked the idea of but I might be wrong! 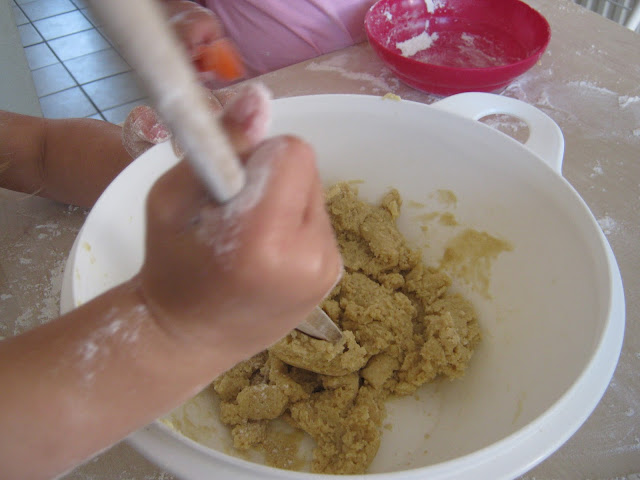 So after making the biscuits we set about pressing different dinosaurs into the dough, yes they had been thoroughly washed before I let the dinosaurs near the cooking. 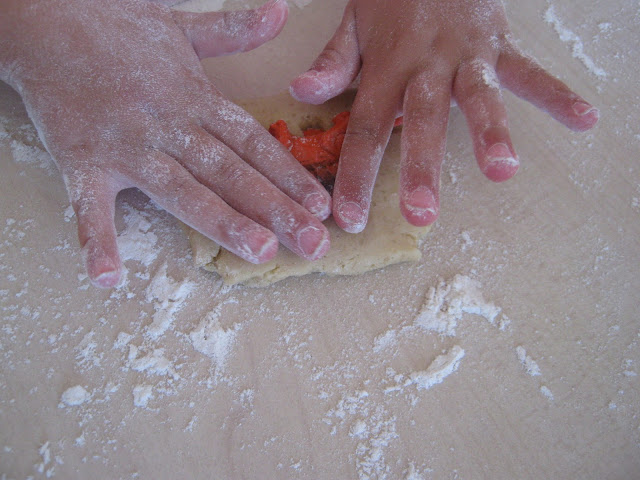 They then had a go at trying to make their own fossil imprints. 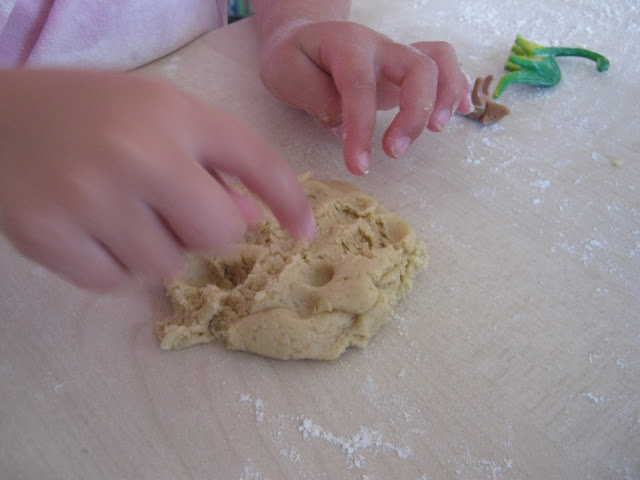 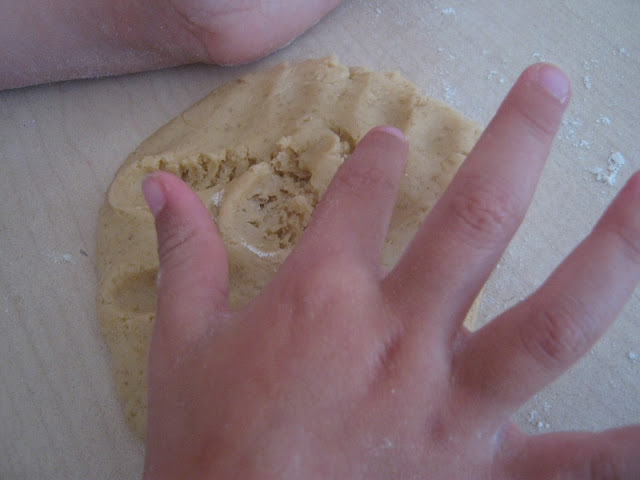 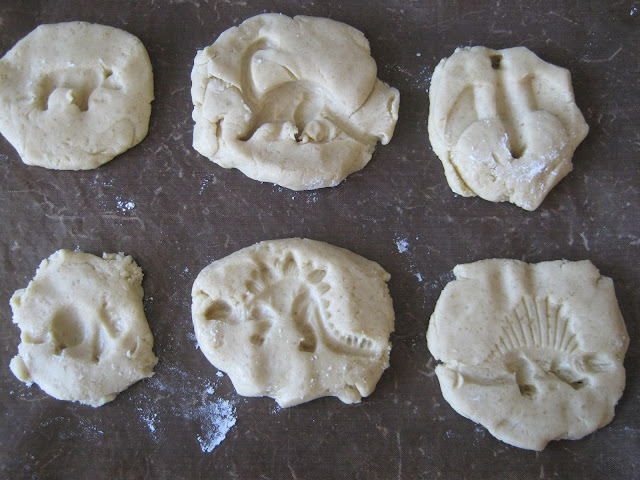 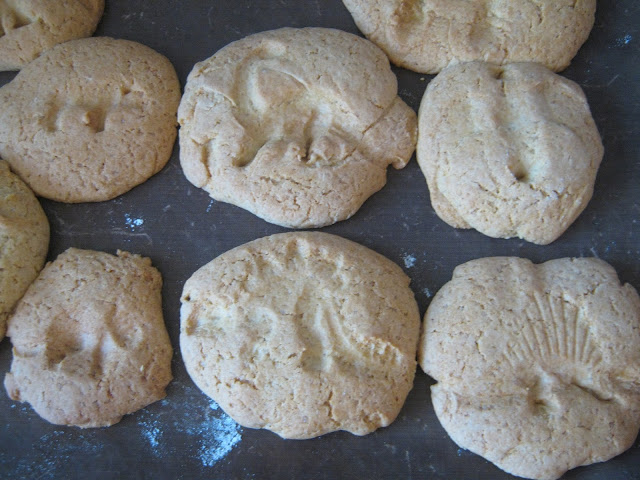 I have two children that love to colour so when I came across this idea for using a paper plate for a dinosaur and then adding legs etc,thought brilliant idea, showed the children and they liked the idea too. Here's the link for the printables, you will need to scroll down to find them. When they had coloured them all in and I ended up cutting them all out for them, they decided it was rather like a jigsaw puzzle trying to put all the pieces together correctly. 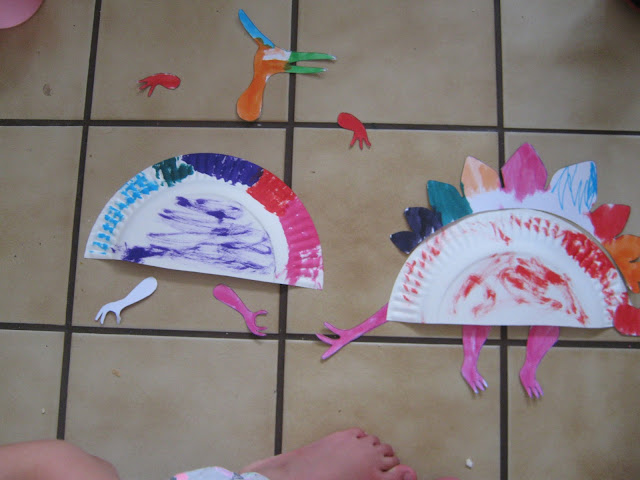 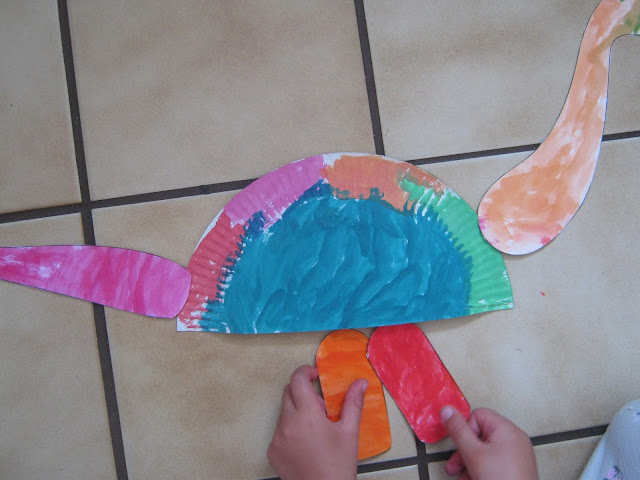 L decided that half a paper plate wasn't the right shape for a pterodactyl, so she found her book, showed me how the wings went and then set about reshaping the plate to look like a proper pterodactyl. 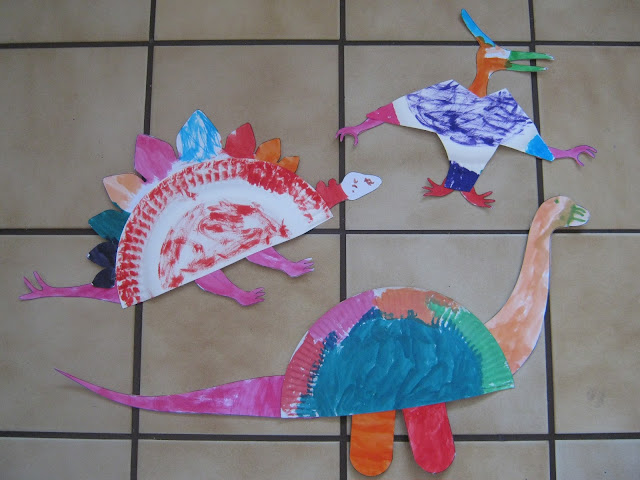 Email ThisBlogThis!Share to TwitterShare to FacebookShare to Pinterest
Labels: art and crafts, cooking with children