On Sunday night I set up tray ready for Monday morning, the children were really excited on Friday about the idea of a dinosaur swamp, they have enjoyed reading Romp in the Swamp. Well it wasn't long before my husband and M were playing with it, which was rather funny, they did set it up again ready for the minded children and L to play with it. Monday morning you would of found all the children round the traying playing, they spent over an hour with lots of pretend play going on, grouping the dinosuars into families, adding more water and geli baff when needed, or should I say when the children decided they wanted more added. It has been played with on and of for the last couple of days and I can see it being left set up all week as they keep going back to it, rearranging and adding bits etc. 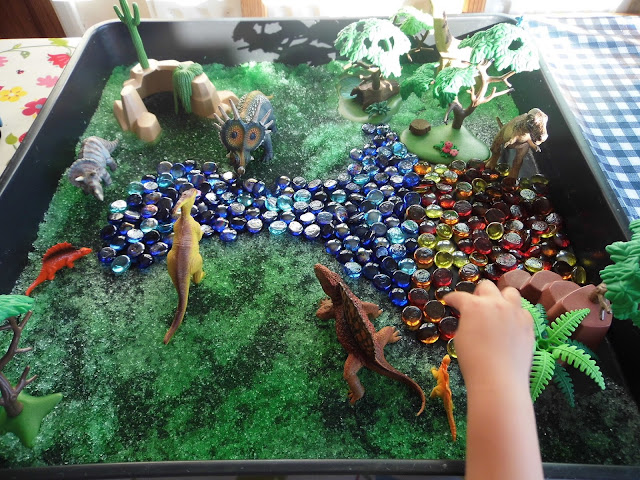 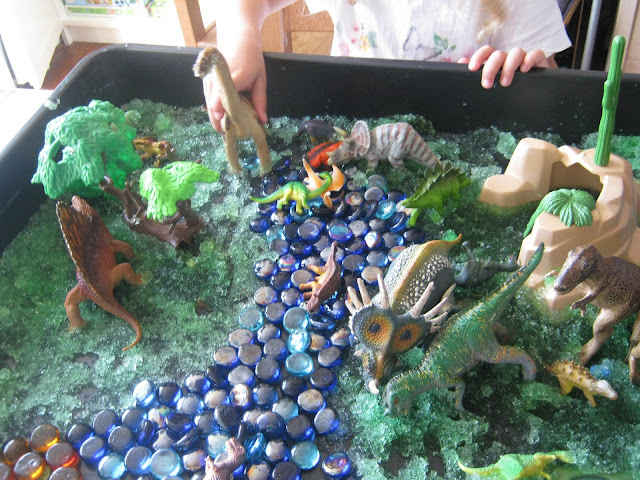 One child collected some of the small dinosaurs up and hid them in the cave, covered them with pebbles and geli baff, so they were safe from the big dinosaurs. 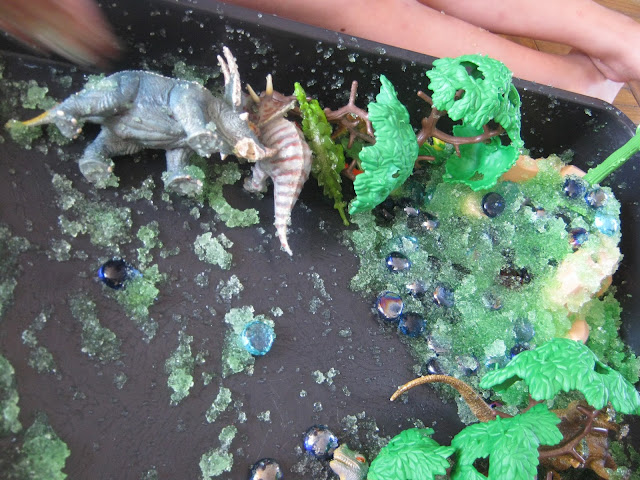 Another collected up lots of geli baff and then added more water and spent time mixing it and exploring the texture, noticing the changes it went through as the water was added. 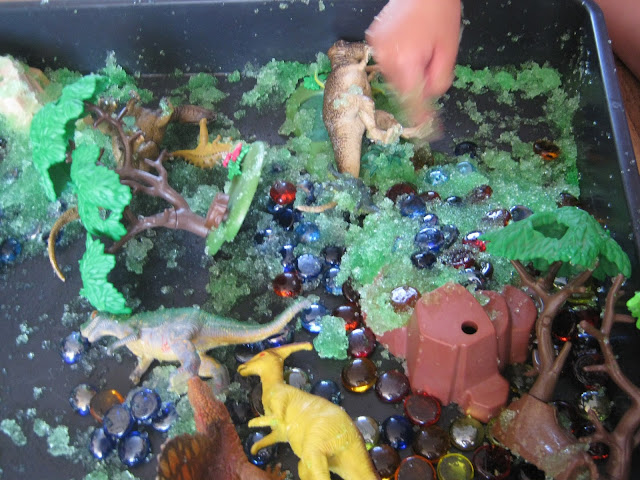 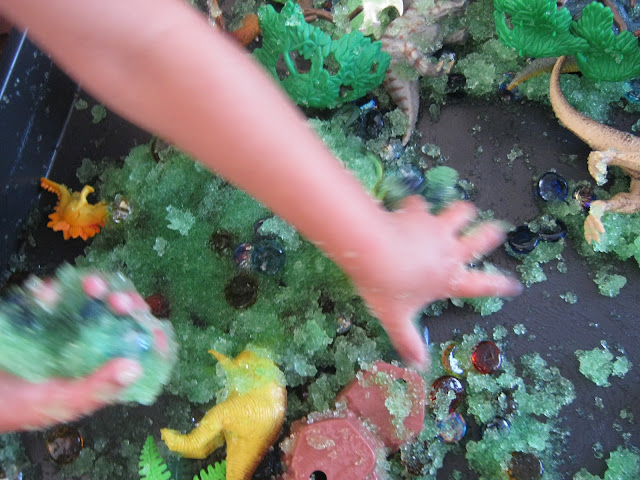 Tonight I have spotted one dinosaur with a new hair do or is it a hat? 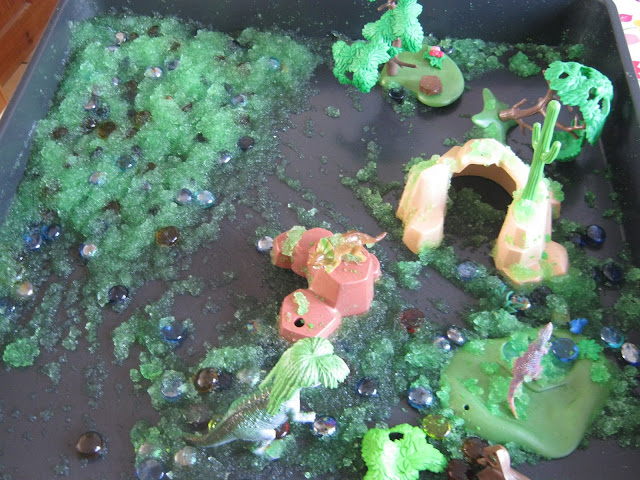 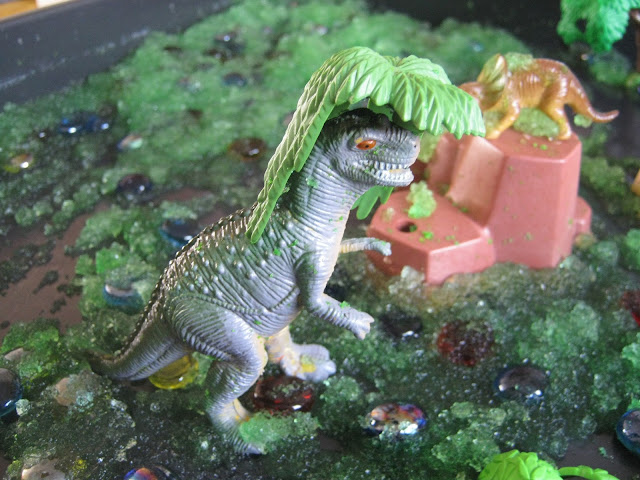 As well as playing with the dinosaurs and learning their different names, they have been interested in their different diets, plant eaters and meat eaters and I have explained what herbivore and carnivore means but they seem to prefer the term plant or meat eater. They have also spent time observing how the geli baff and water react together and how quickly the geli forms compared to how long the water beads take to swell up. The different textures of the geli baff, glass pebbles and dinosaurs, the temperature of the pebbles etc. whether they feel cold, warm etc, so some good science exploration coming in, as well as creative play, learning new words.
Posted by Helen B at 09:28