W have enjoyed making some dinosaur fossils using salt dough and some of our small toy dinosaurs. It's one way to explain how some fossils are formed, might make some casts with them later on, will see what they want to do.


Salt Dough Recipe
1 cup of salt
2 cups of plain flour
3/4 cup of water
Mix all the ingredients together and kneed well, you can add some food colouring at the same time as the water if you want some coloured dough. I added some chestnut brown to ours, not much but just enough to give a bit of colour.

They each took a small ball of dough on squashed it down a bit. 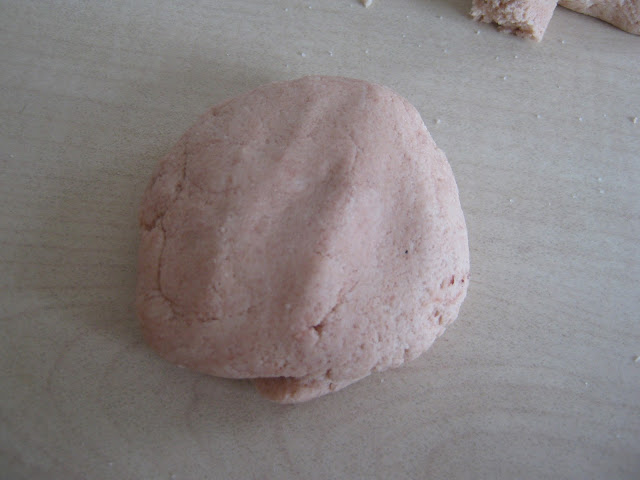 Then they pressed their dinosaur into the dough 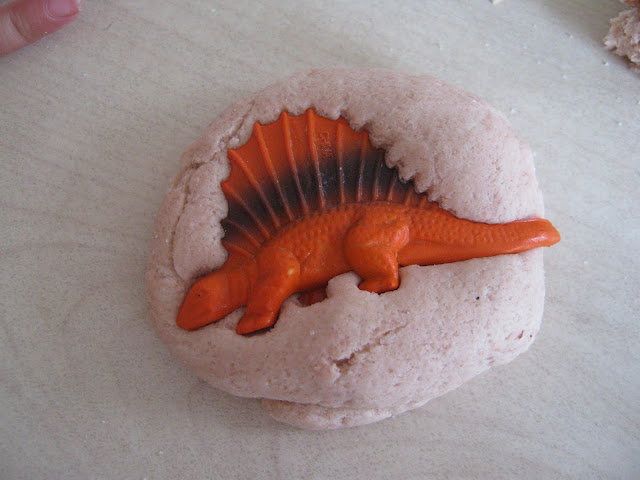 and then carefully removed it 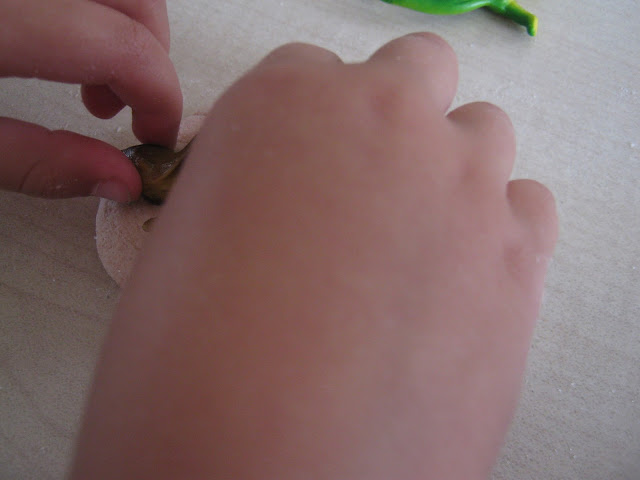 to leave behind it's imprint. 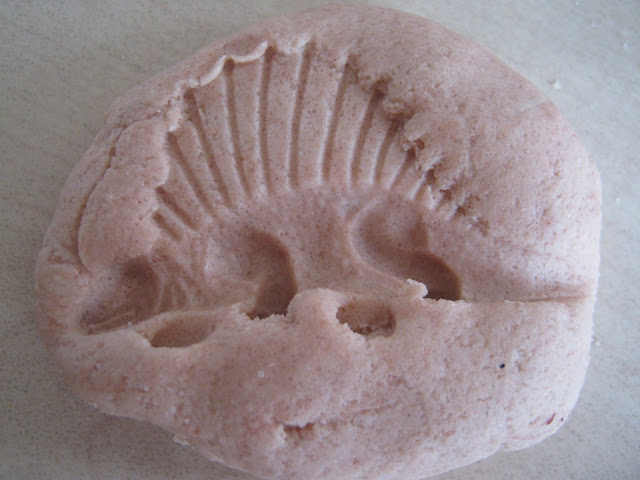 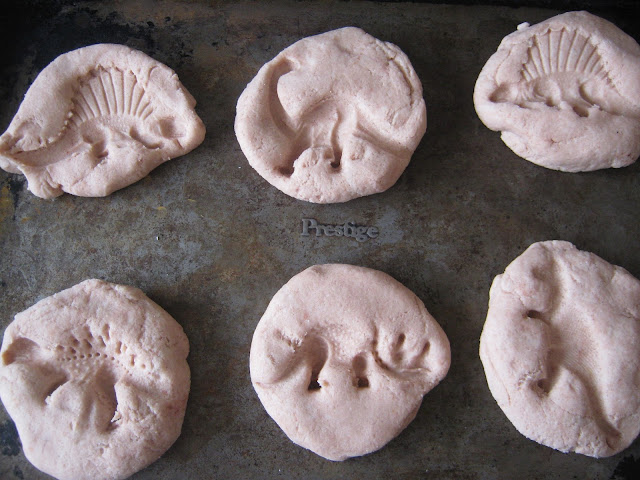 We baked our dough in the oven at gas mark 2 for a few hours until it was dry. 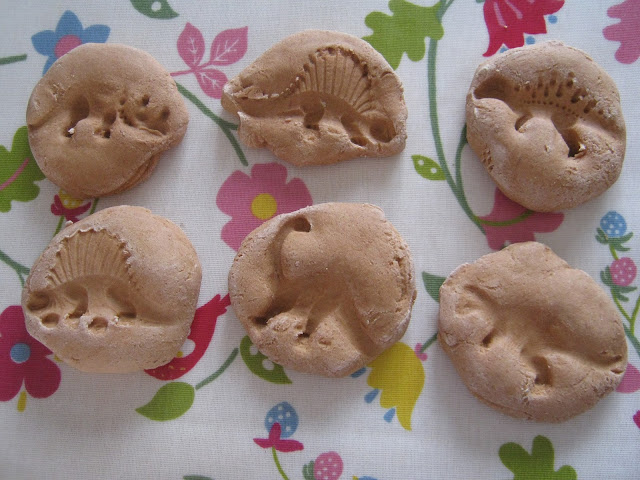 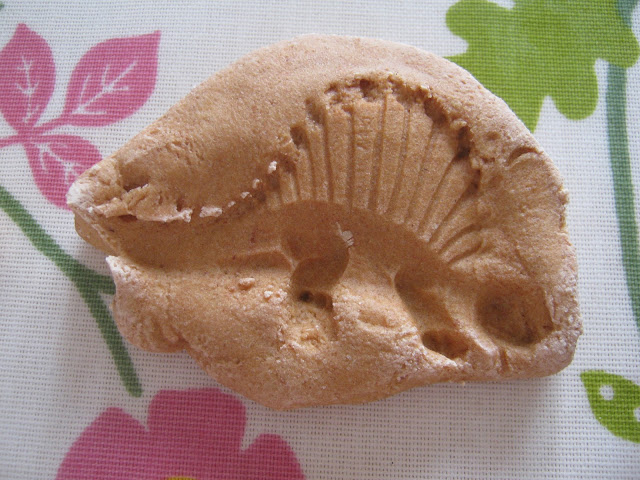 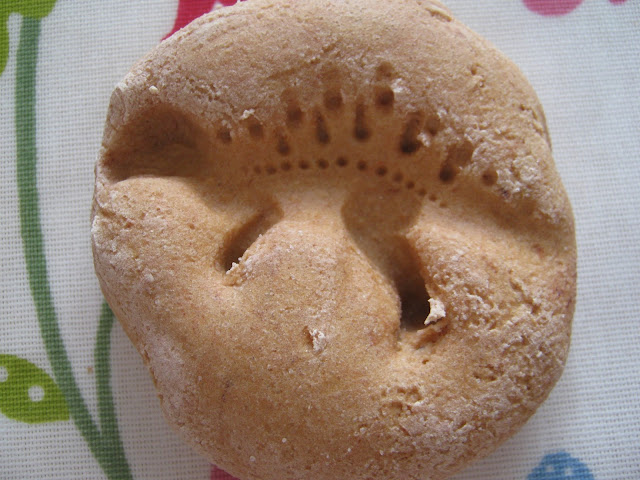 They decided to paint them and chose lots of bright colours. They have asked if we could do it again but next time do it with biscuits so they could eat them. 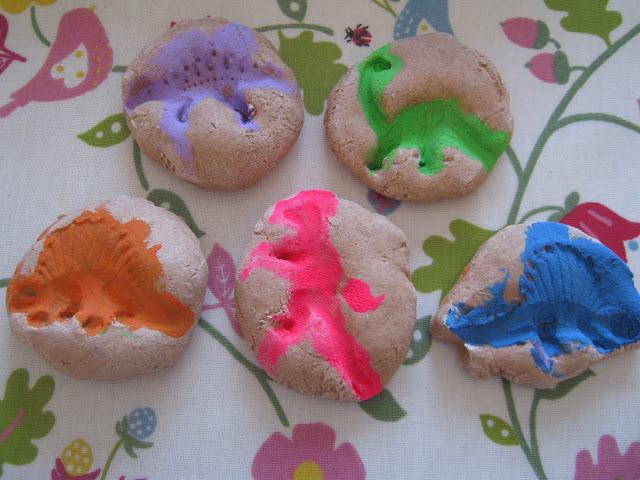 Email ThisBlogThis!Share to TwitterShare to FacebookShare to Pinterest
Labels: art and crafts, recipes for paint/crafts