Goldilocks and The Three Bears

Today's plan was to read Goldilocks and The Three Bears, which we did, several time throughout the day as the children kept asking for it again and again, I had put together a story box for them to use as well. 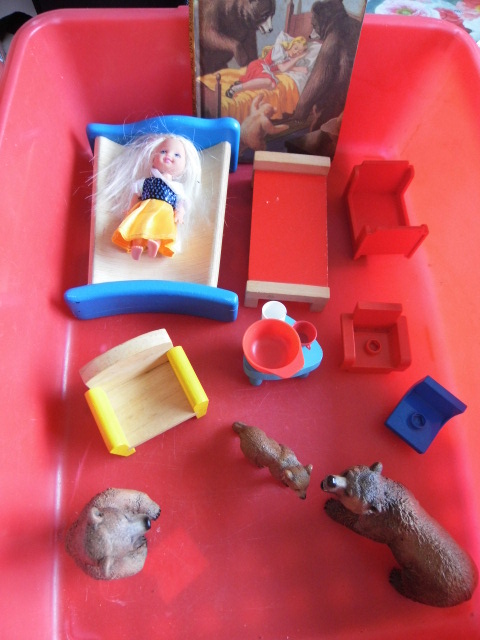 I loved the fact that one of them went of and rummaged through the duplo box, to find something that had a door, so Goldilocks could knock on it first. 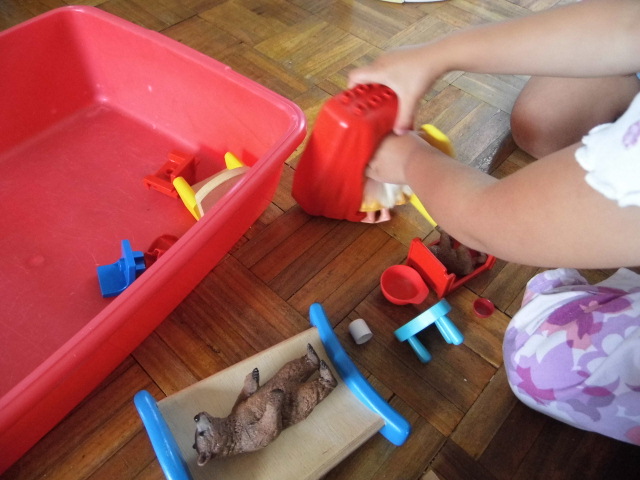 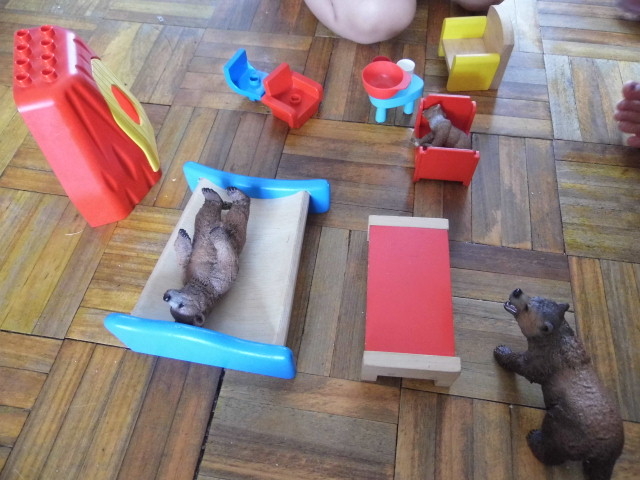 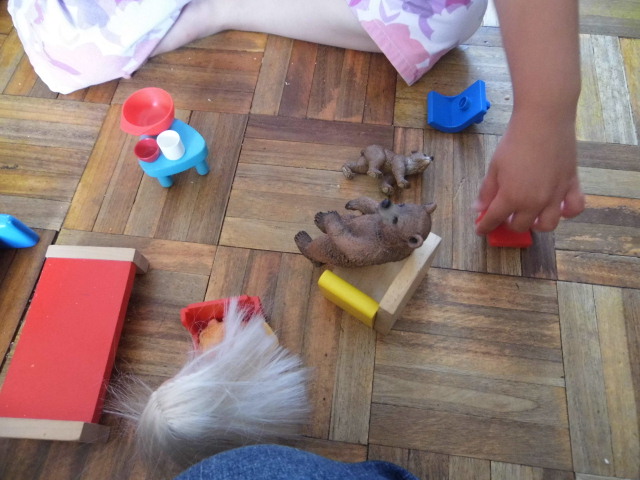 In the afternoon they took the story box outside and used one of the small plastic tables as a house, with the bedroom being on the table and chairs etc being underneath the table, brilliant use of imagination.

I attempted to dye some jumbo oats, it didn't go quite to plan, I added some dye and mixed, the same as I did for the coloured rice but as the oats are a lot more absorbent you needed rather a lot. Got to the stage were I didn't want to add any more liquid as it was going a bit soggy in places. So the dyed oats, didn't end up the vibrantly coloured, as I had pictured my head but a mixture of coloured and uncoloured oats. The children enjoyed playing with it anyway, they started of by sprinkling and mixing it, chatting about what they were doing, then patting it down, later on they made paths through it and beds for the bears and one little one decided to put some in a bowl to feed a toy cat as they were  hungry. 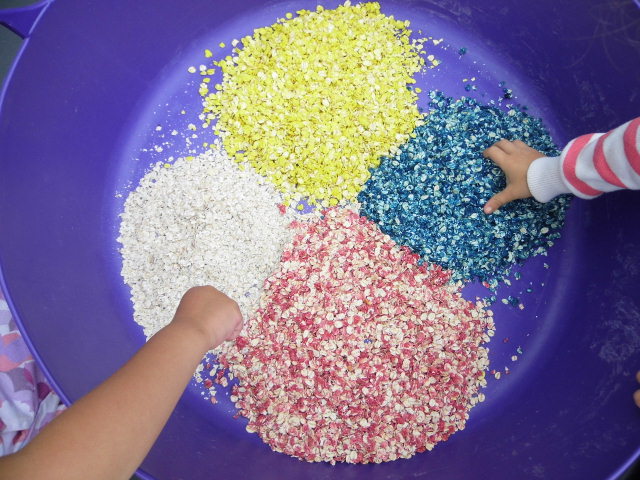 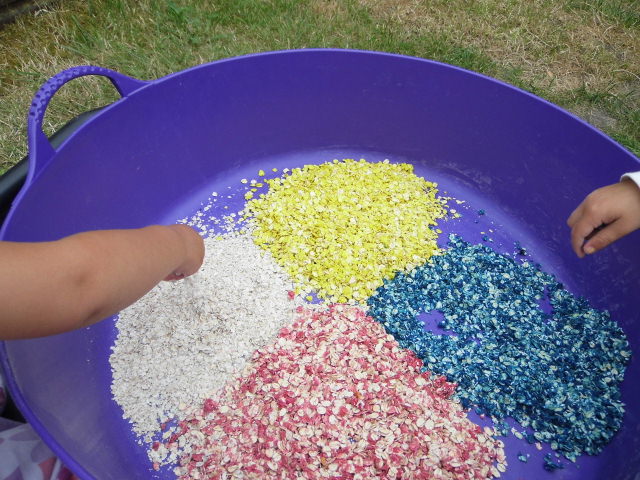 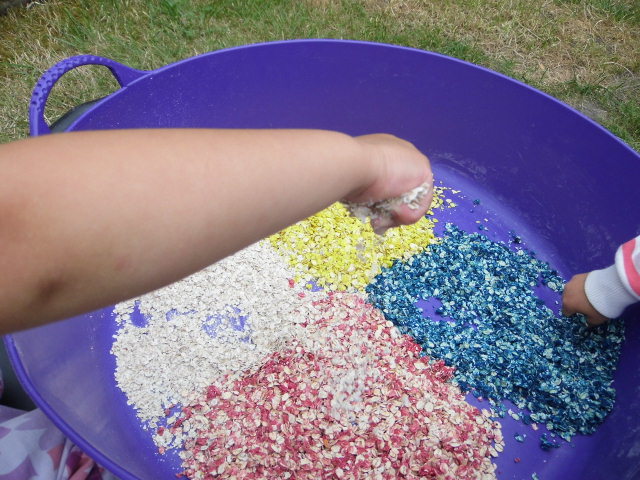 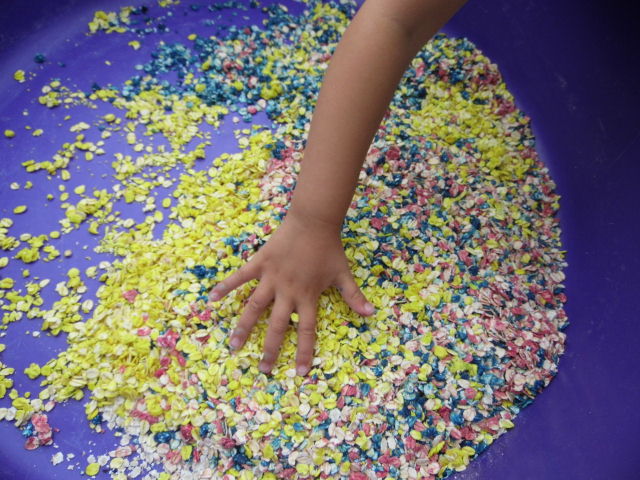 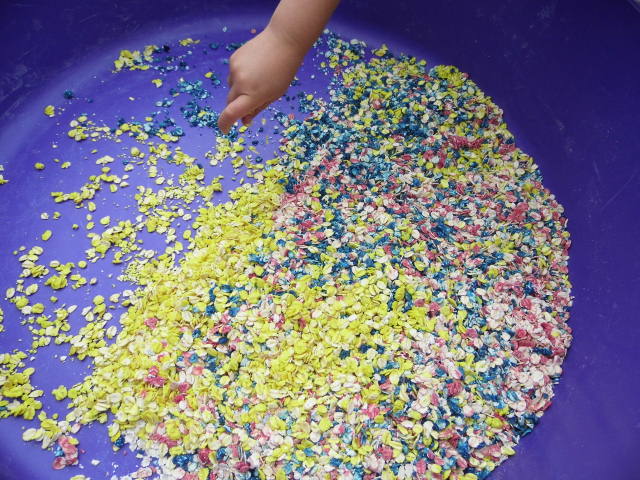 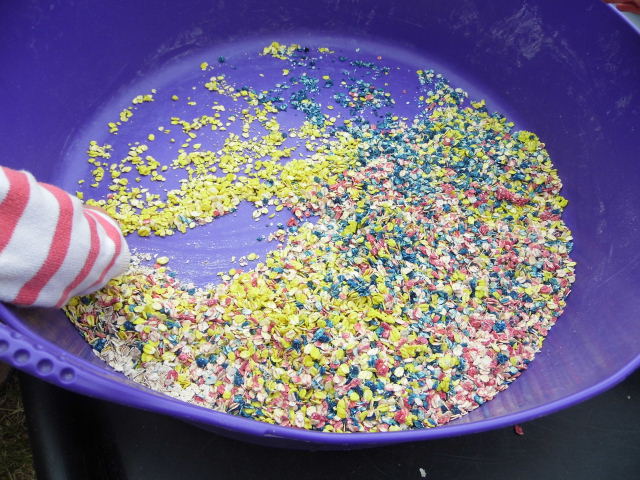 We then made some flapjack, I thought I would share our recipe, it makes two trays (8" by 10")
500g rolled oats
225g margarine
225g golden syrup
180g sugar
Put golden syrup, sugar and margarine in a pan and gently melt over a low heat.
Weigh out oats and tip them into a large bowl, then carefully pour in the melted syrup/marge mixture and mix all together.
Line your baking tins and spoon out the mixture and flatten down.
Bake for about 20 minutes at gas 3, leave to cool for a bit but I find it's best to cut them into slices while the mixture is still warm.

They enjoyed mixing all the ingredients. 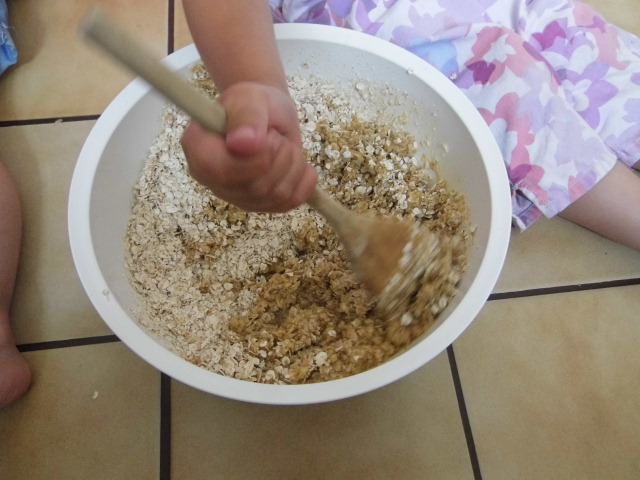 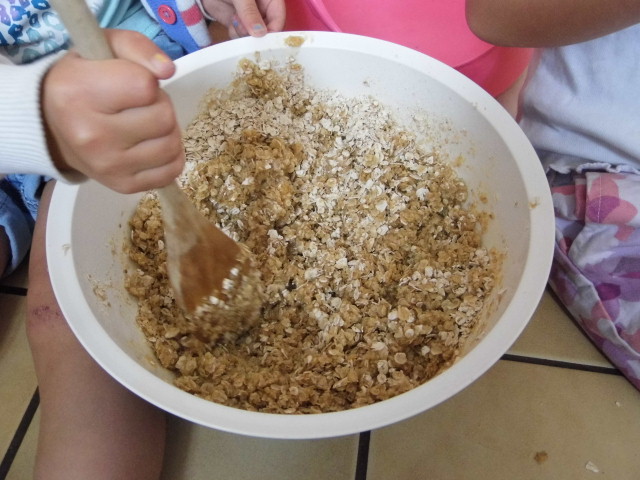 Putting it into the tins 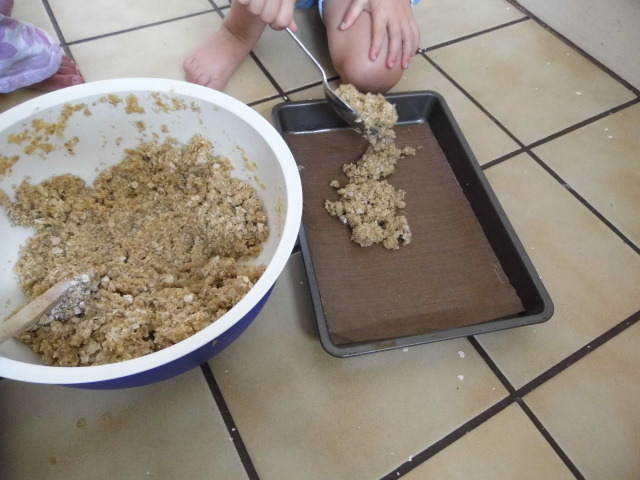 and trying to smooth it all down. 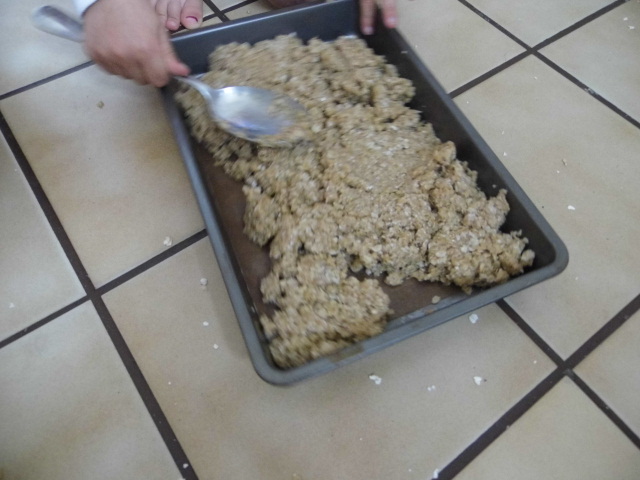 They did a very good job of sweeping up after them 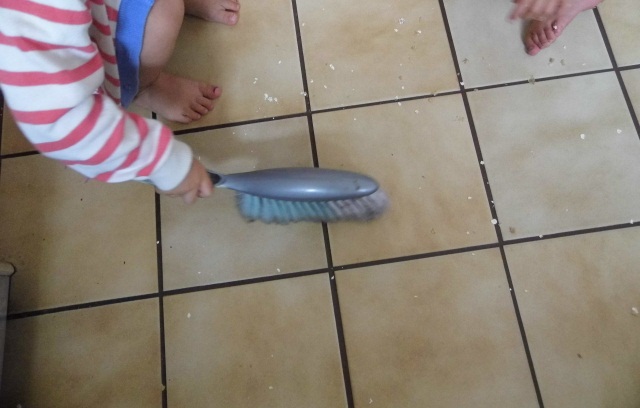 and an even better job of sampling their baking. 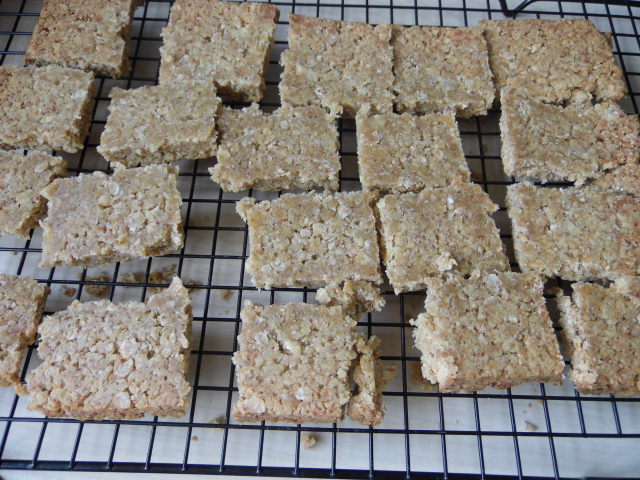 Part two activities can be found here
Posted by Helen B at 14:16