Goldilocks and The Three Bears Part 2

This morning we read lots of Lynley Dodd books the children love Hairy Mclary and Slinky Malinki, then we read Goldilocks and the Three Bears again. I had found our some cardboard boxes and asked if the children wanted to make houses out of them, the answer was a resounding yes! So I cut out some doors and windows. 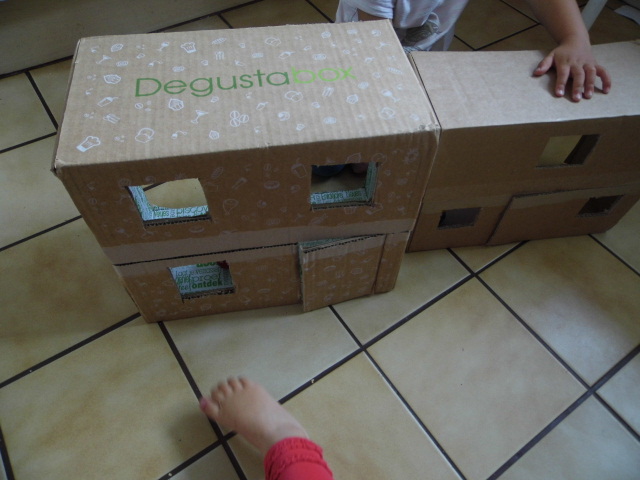 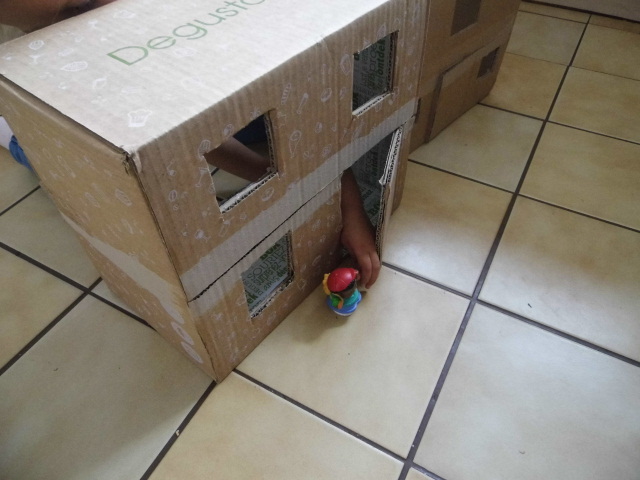 but decided they would enjoy painting them too, which they did, choosing lots of different colours. 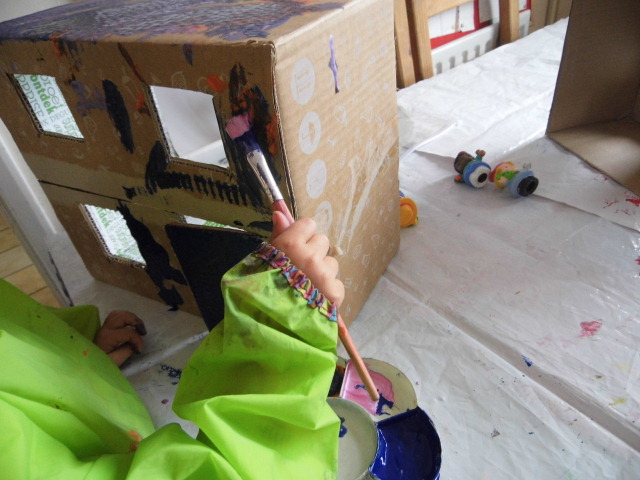 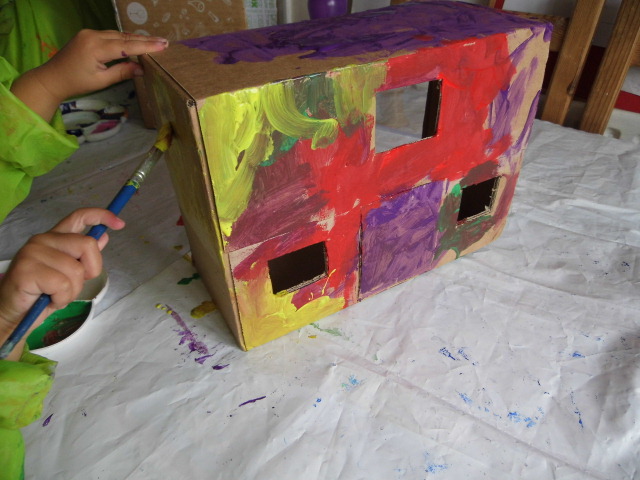 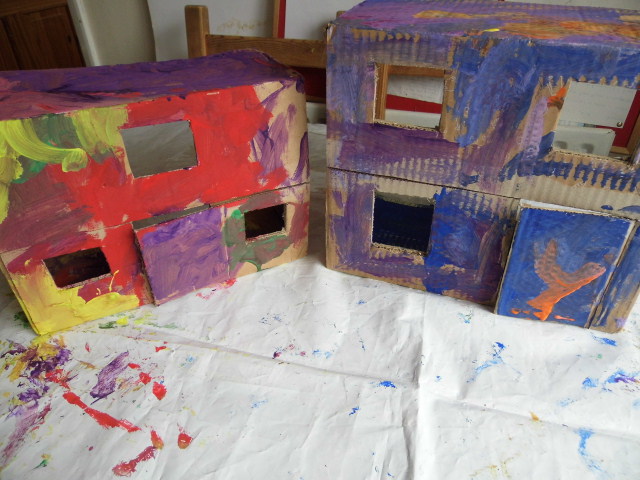 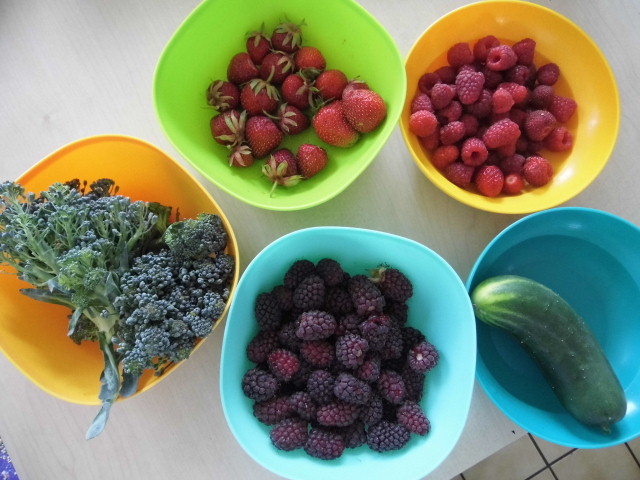 They also spotted this caterpillar hiding under a raspberry leaf. 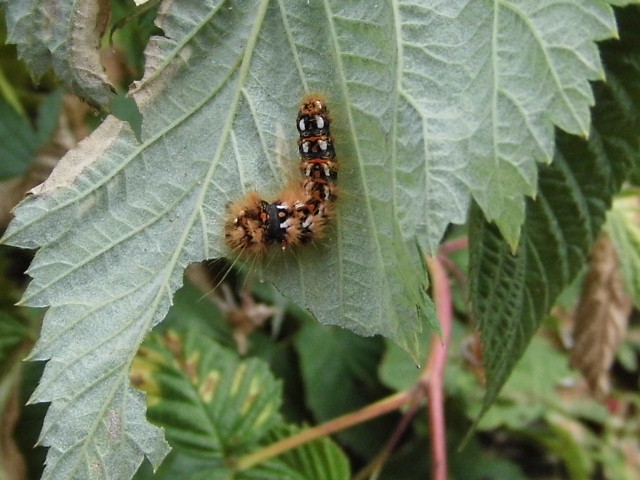 After lunch, I set out the coloured oats, 3 bowls, spoons and the cooker set, to play with, we talked about the different sizes, which was the smallest, biggest, matching the big spoon to the big bowl. We also talked about how heavy the saucepan was after they filled it up with oats, was it as heavy as the bowl full of oats, which is the heavies, lightest etc. They had lots of fun, added some of the play food and cooked up an interesting dinner. 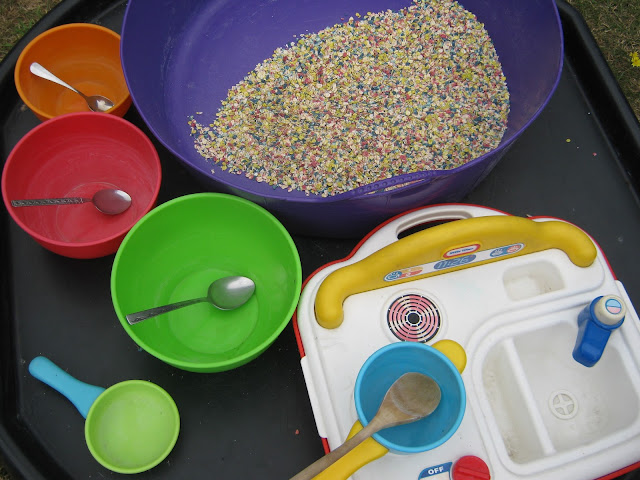 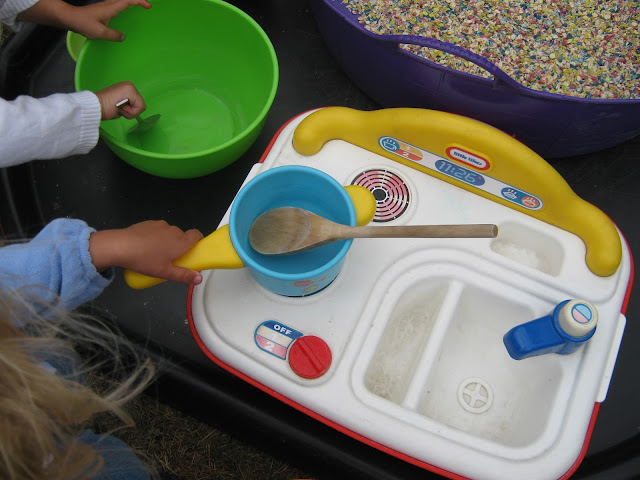 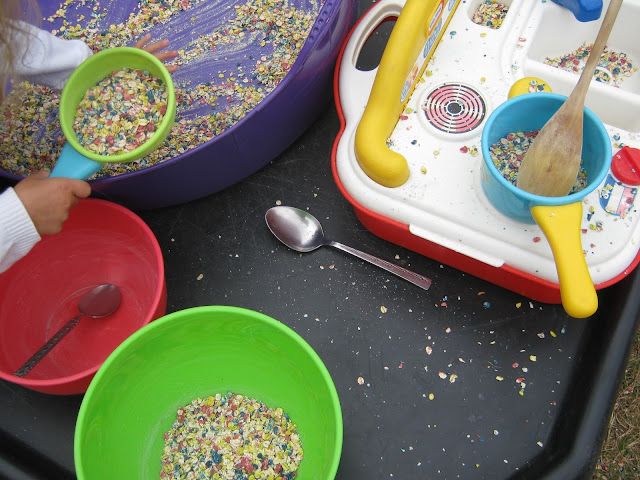 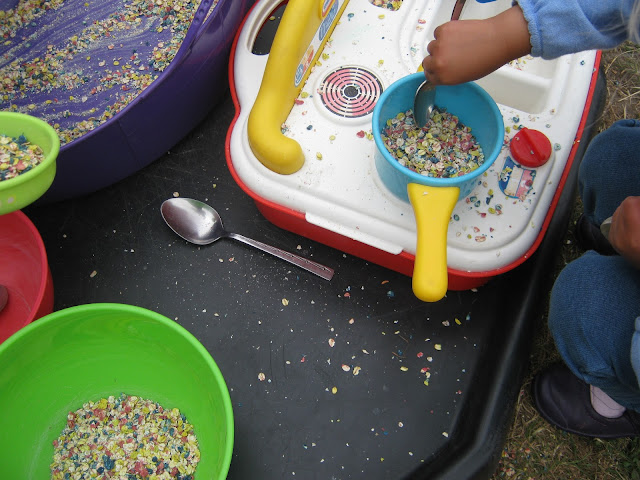 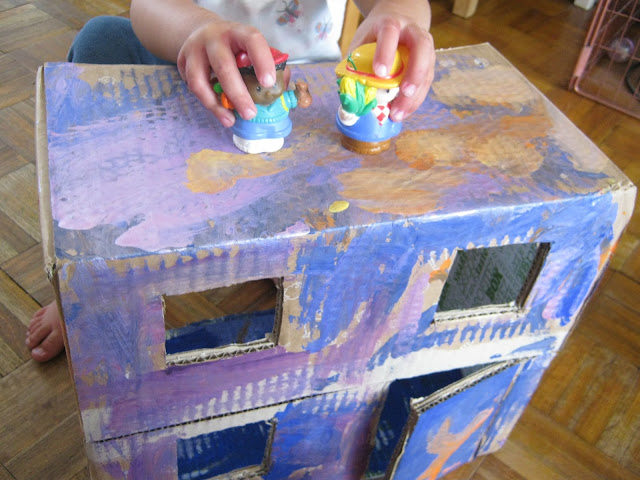 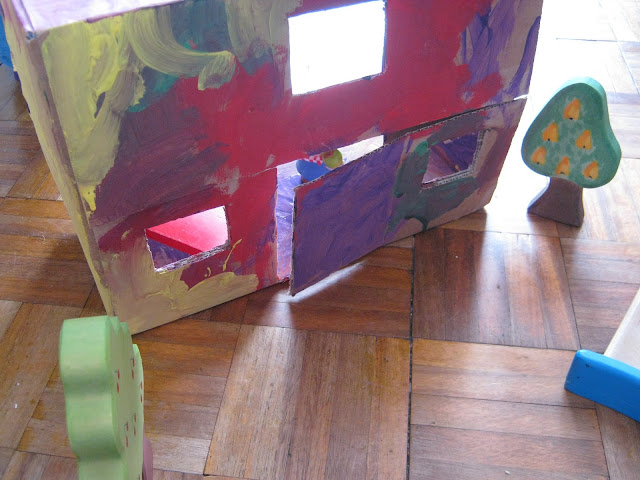