We have had a loads of fun over the last couple of weeks with cornflour gloop, they mixed up their own gloop and spent time exploring it's properties. 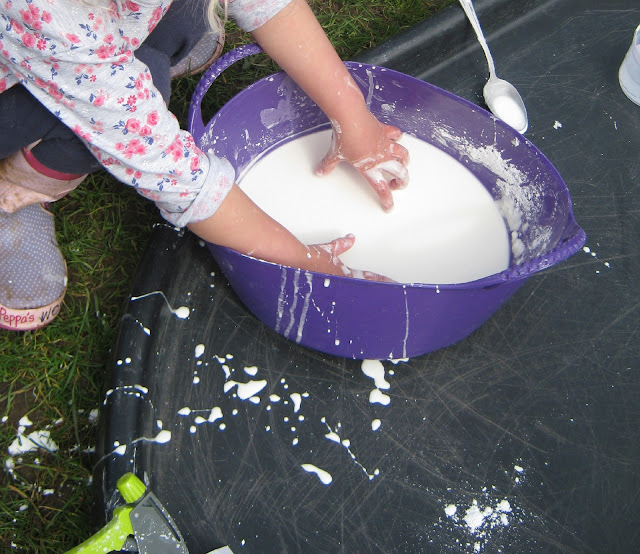 Spreading it out over our tuff spot, making different patterns with their hands. 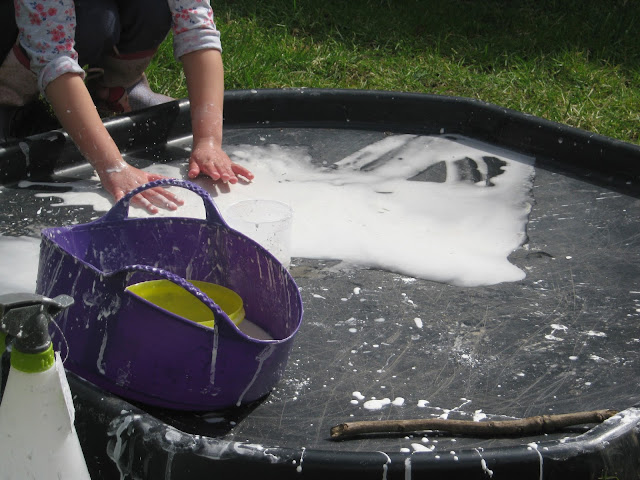 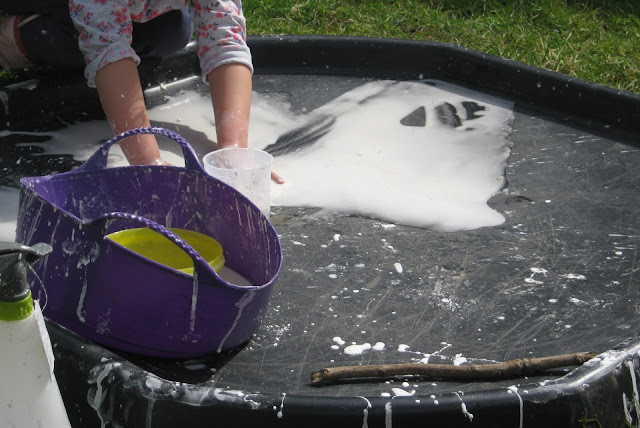 We went in for lunch and when we came back out the cornflour gloop had dried out, the children were really curious as to why this had happened, so I explained about evaporation and how puddles dry out and this is what had happened to out mixture. I suggested they try and make patterns in it. They spent ages making patterns in it, breaking it up and getting very dusty. 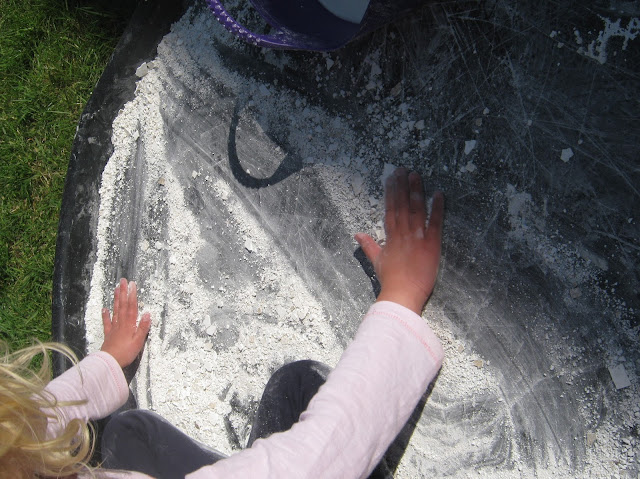 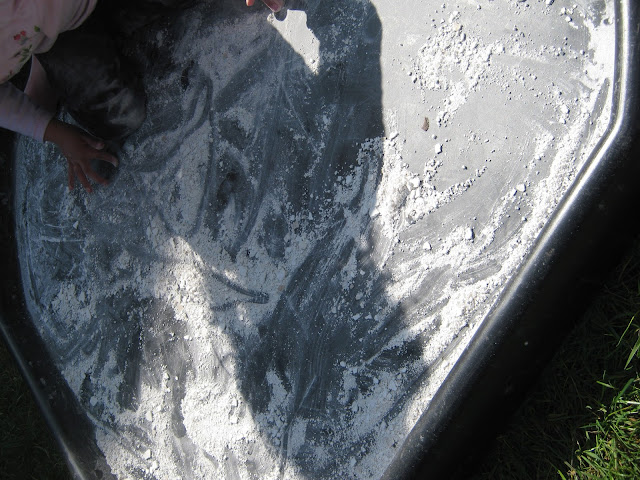 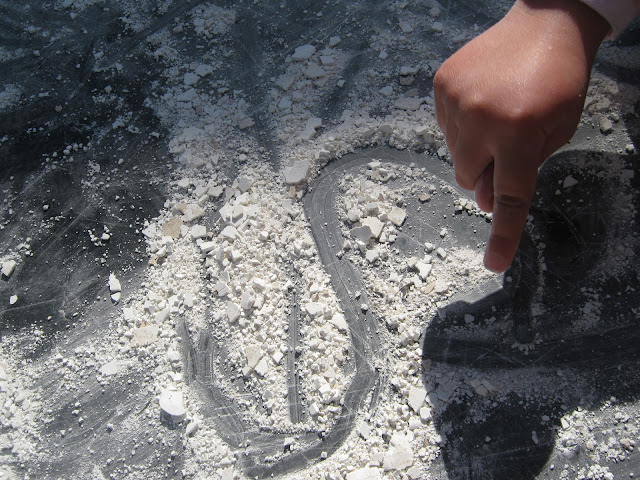 L enjoyed breaking up the larger pieces of dried gloop with her finger. 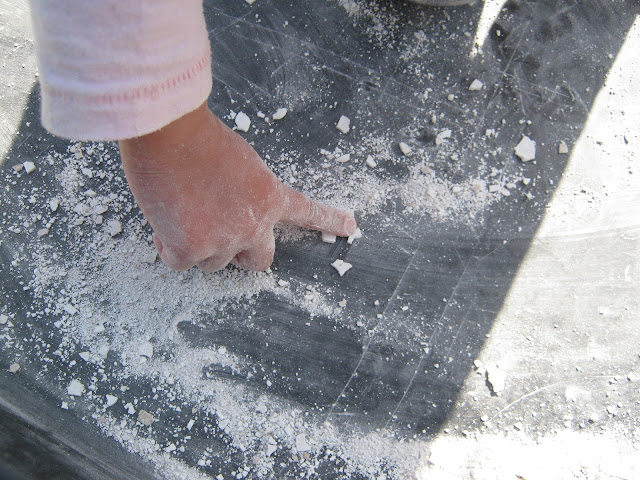 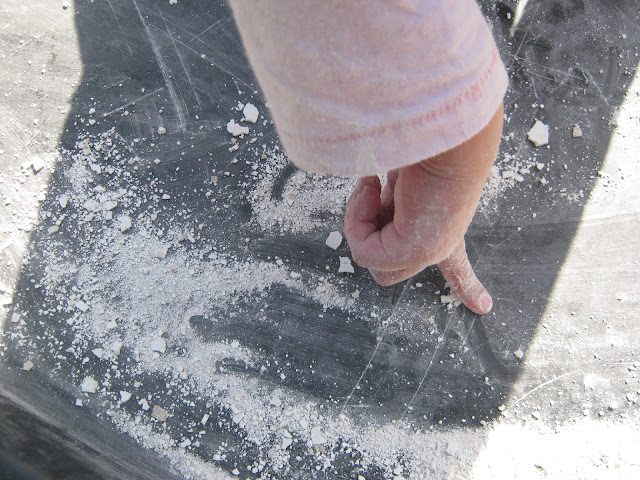 They then got the spray bottles back out and started to spray they tray. 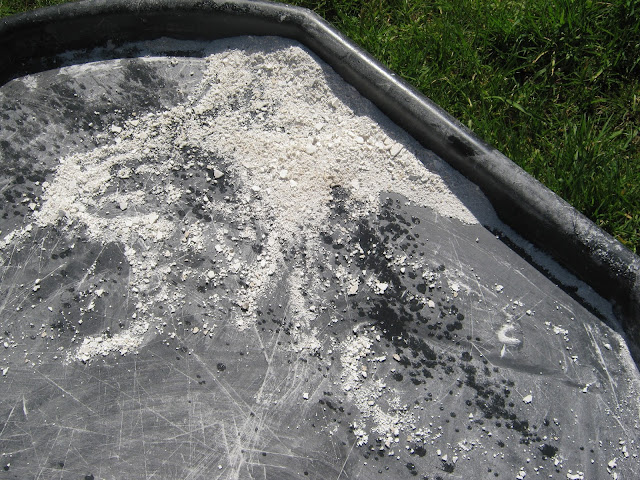 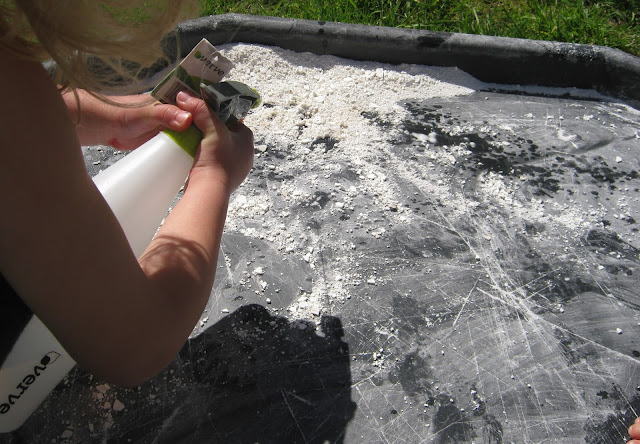 They were amazed to see it change from the dry gloop back to runny gloop, L has added more cornflour, seen what happened and then added more water until she had the consistency. Over the week the gloop has been left to dry, broken up, more water added again and again. 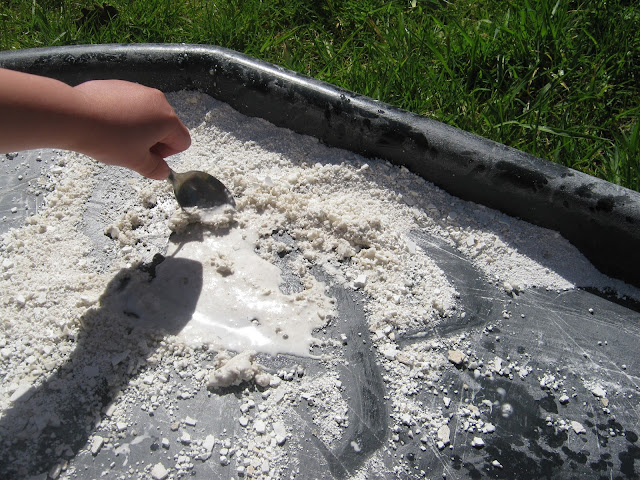 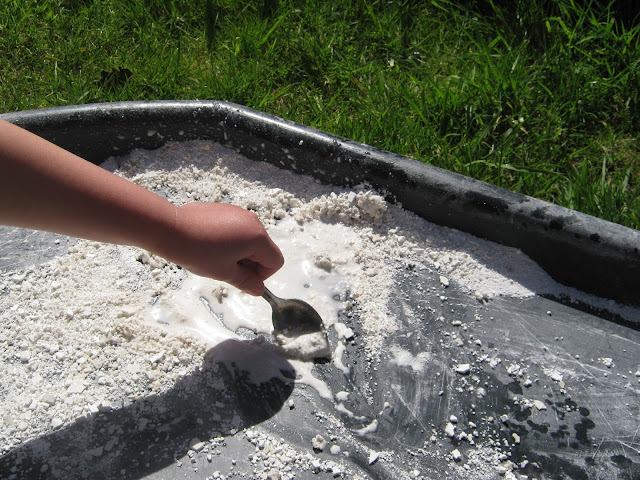