Today we have read and enjoyed Owl babies several times and they are now joining in with "I want my Mummy" said Bill. They were rather concerned that their mummy went of and left them in the dark without telling them but they are all, luckily, very sure their Mummies would never do such a thing. I did explain that this was just a story and animals do leave their young when they have to get food but the owls were safe in their nest. The also enjoyed this animation of Owl babies.

After reading the story the first time we put together a small tuff spot scene, they loved pouring out the coloured rice and adding all the bits. 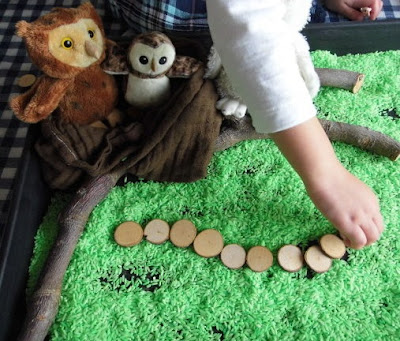 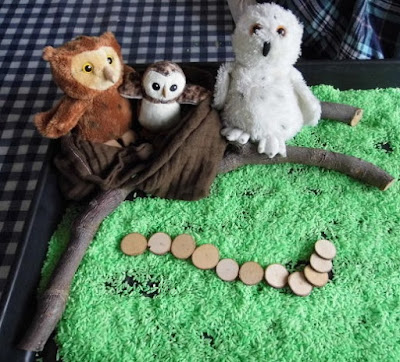 I then read the story again and this time they used all the props to act out the story.
The baby owls waking up, 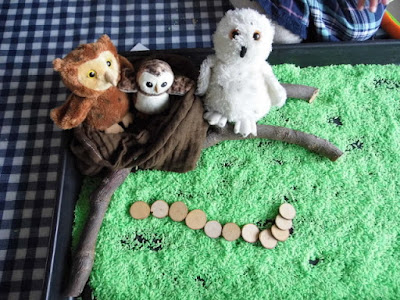 hopping out of their nest onto the branches. 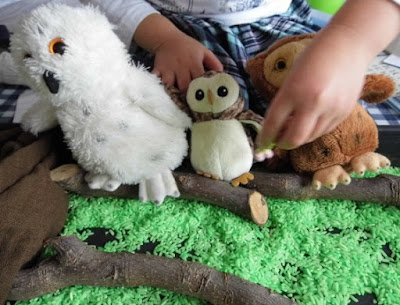 Mummy owl flew all around the sitting room before making it back to her babies. Bill was very pleased to see his Mummy. 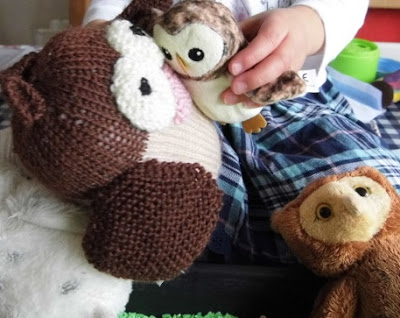 Later on they asked for the mirrors to make pictures on. They loved the sound of the rice made as it was poured onto the mirror. 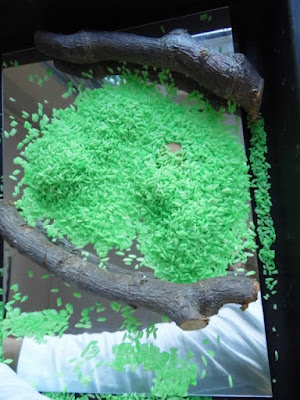 The wooden discs are a new addition and they have gone down well today, they have been used as stepping stones, counting them as they went, 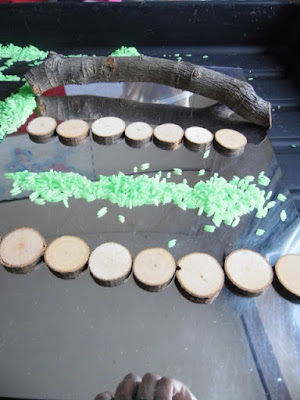 building towers, with more counting and at one point they used the tokens as they sang 5 in the bed and the little one said roll over. 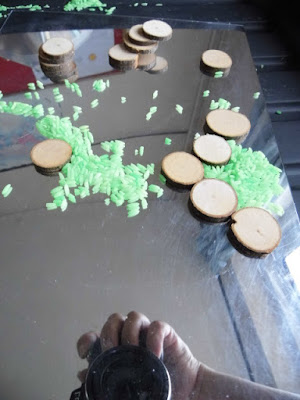 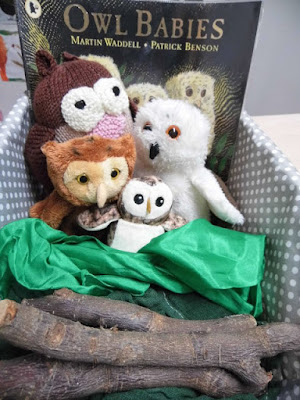