On the 11th November this year it was Diwali and Martinmas and I decided we would look at both festivals as they both involve lanterns and light in them. It was also Remembrance day but as we had done crafts last week, talked about it and attended the Remembrance service on Sunday, I felt we had covered everything I could with age group and could move on to something new.

We've started with Diwali, reading the story of Diwali and sharing this book Lighting a Lamp. We watched the Tweenies episode that shows the Tweenies acting out the story of Rama and Sita. We also watched part of  this clip which shows a family celebrating Diwali, talking about having new clothes, giving away the old ones to charity, giving gifts. We learnt that they give sweets to people in the hope that people will think sweet thoughts about them, we stoppered watching when we got to the retelling of Rama as it was rather too scary for the little ones, the Tweenies retelling isn't scary.


We used card board rolls to make candles and some glittery cardboard to make the flames. 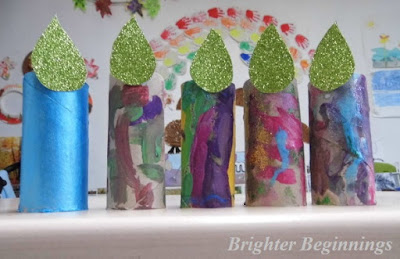 We made clay lamps, usually we would decorate them with glitter and/gems but my little ones were rather tired and had a longer nap than usual, so we run out of time but they enjoyed painting them. 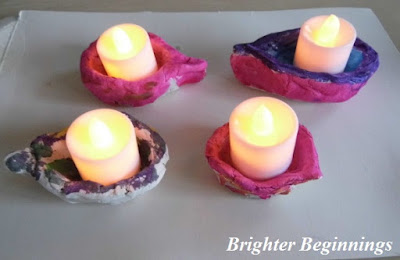 I told the children that St Martin was the patron saint of the poor and the outcast and his story was - on a cold night he stopped when he saw a beggar, sitting in the cold dark night. He shared his coat with a beggar by tearing it in half, so they both had warmth, he gave the beggar his lantern so he had light and could see in the dark. A time to think of those less fortunate than us. The story of St Martin


I made the lantern transparency from this book and it looks lovely on my door. 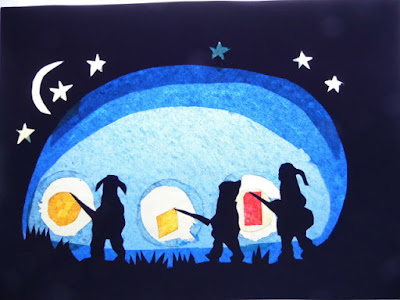 We made some lanterns using jam jars and gluing tissue and kite paper onto them, pipe cleaners for handles and then some little led tea lights so the children could safely carry them in the garden, later when it got dark. 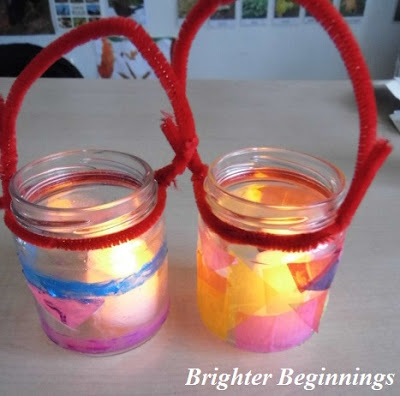 
I walk with my little lantern,
my lantern walks with me
Above the stars are shining
on earth we are shining to 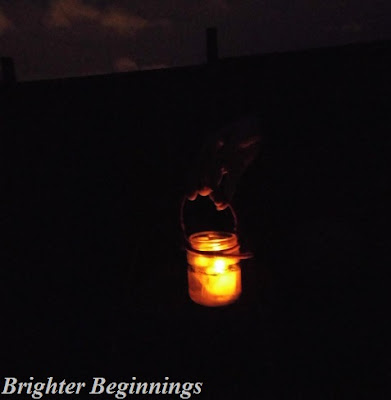 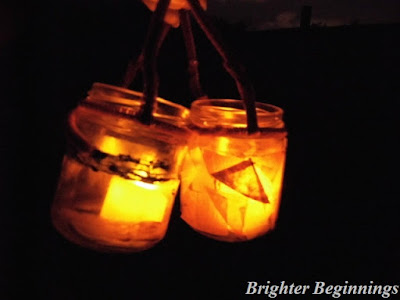 I also had some glow sticks for the children to play with in the garden,we joined them together and made circles etc, they had great fun whirling them around etc making patterns, while I took some photos and then they enjoyed looking at the photos when we came back inside. 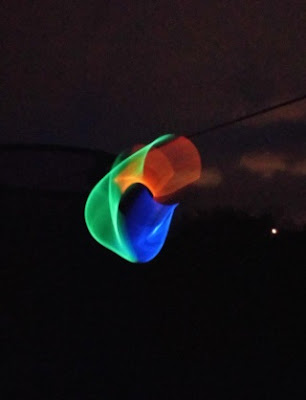 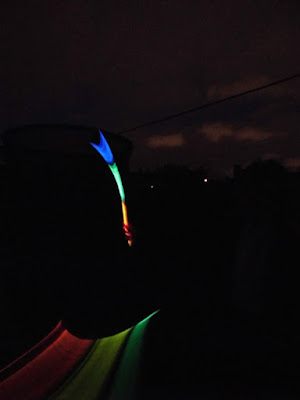 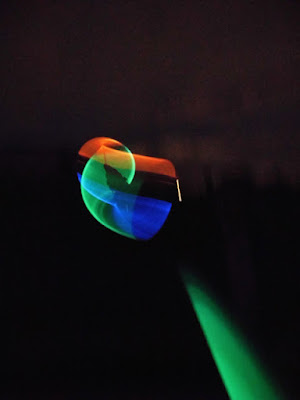 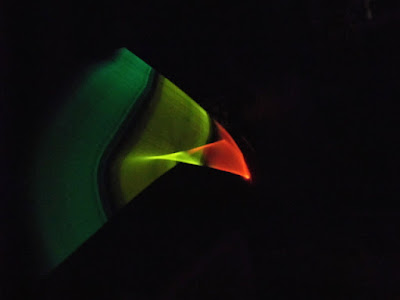 All this talk of light, lanterns and celebrations as got me thinking of all the Christmas crafts, can't wait to start planning the run up to Christmas.