This week we have been reading Stellaluna, a story I love and I think the children do to, though they are still enjoying the owl story box and have added a family of hedgehogs to it.

So today's craft was to create a picture of bats flying on a starry night , using finger prints for the stars. I used these bat printables for the bats, I stuck a small amount of blue tac on the back of bats. The children then stuck them on black paper. 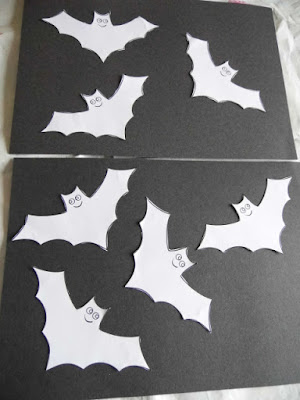 We chose a mixture of paints, including some glitter paint and we are trialling some glow in the dark paint. They started of finger painting but 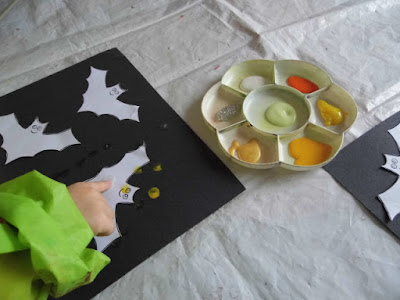 then decided it was much more fun to spread the paint around with their fingers. 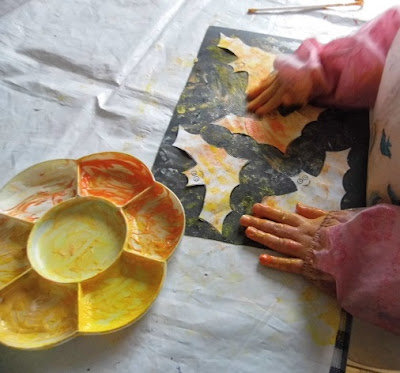 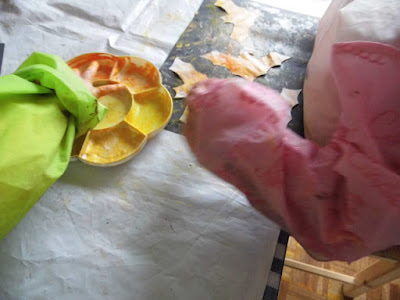 Waiting for the bats to dry and thinking that they look good just like this, without doing anything else to them 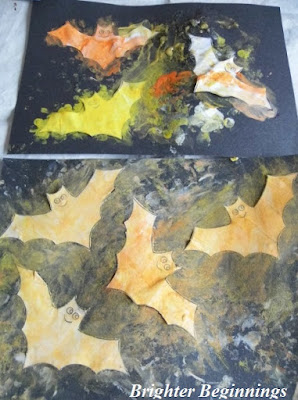 but they also look pretty stunning with the paper bats removed and they now have some colourful paper bats to play with. Tonight with the light on you can now see all the glitter, which I can't seem to catch in a photo. 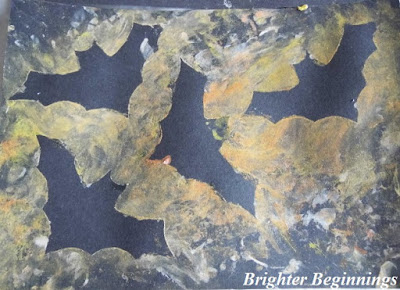 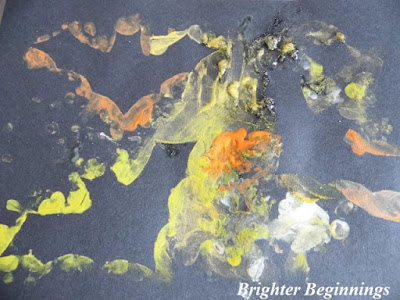 They then spotted the box of art straws and decided to try and paint with them. 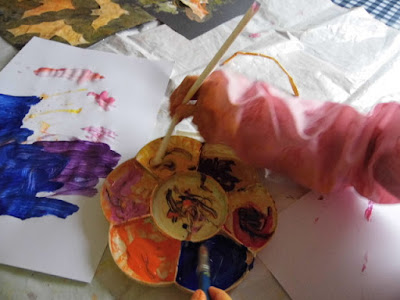 They discovered it was lots of fun to mix the paint and that the straw made patterns in the paint palette but it wasn't that easy to paint with them and asked for brushes. 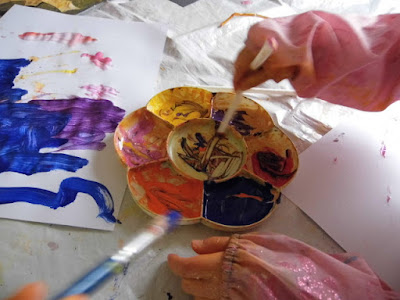 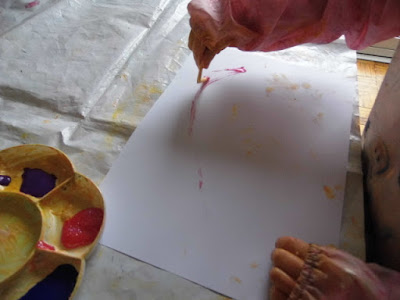 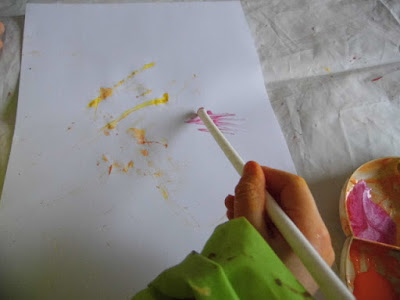 They then painted some monster pictures with lots of footprints. 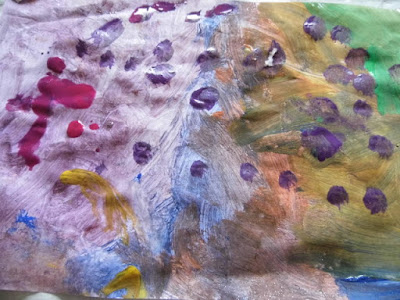 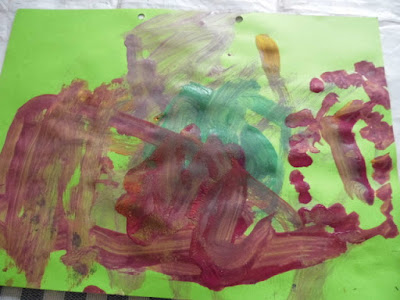 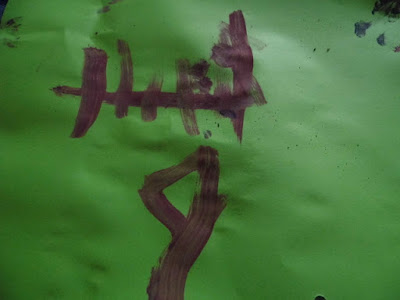 After lunch L decided to be Santa Claus and set about using various scarves and blankets for wrapping paper put them all in a bag and went round delivery them to everyone else saying "Ho,ho,ho" as they went.

I have planned some listening games including Listening Bingo, I also have a nursery rhyme one to, maybe a listening walk and to enjoy Oscar and The Bat story and see where their questions lead.

Email ThisBlogThis!Share to TwitterShare to FacebookShare to Pinterest
Labels: art and crafts, books we enjoy