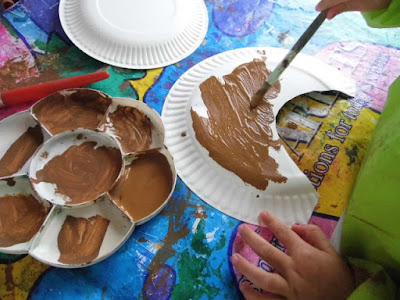 One littleone decided it was more fun to paint their own hand brown all over and pretend to be a bear. 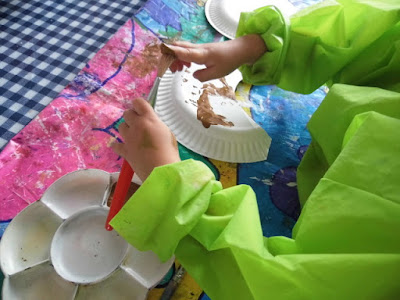 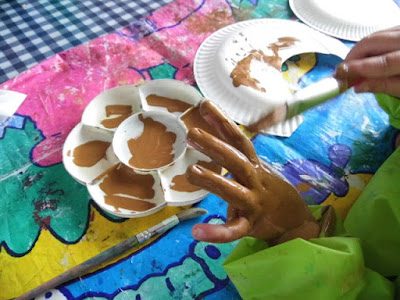 After the plates were dry, I glued the plates together and then the children made their bears faces. 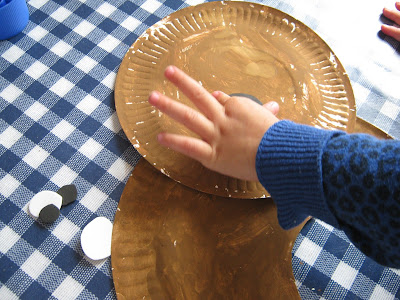 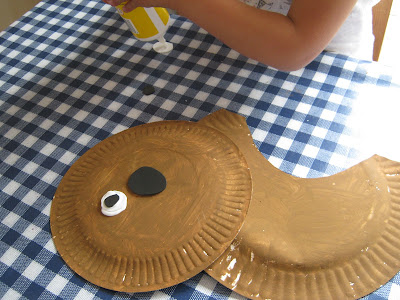 I think they turned out very well, there was a point when I wondered if they would look like a bear, this was before the face was put on, I got the impression of a lion, with the edge of plate making a very good mane, will have to remember this if we do a story with lions in. 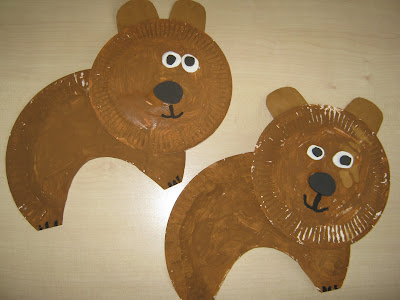 My oldest sorted out some old mobiles phones for the littleones to play with, they spent a lovely time, pretending to text their Mum's or each other about how their baby dolls were doing. I loved the fact that they were telling each other what they were texting to each other e.g. A asked B what they are doing and B replied "I'm texting you to tell you my baby had a big lunch and is having nap" and A replied "I've got your text, I'm texting you to tell you I'm going shopping for food." They ended up packing up two bags of clothes and bottles, then took their babies for a walk around the garden, telling them what they were doing.

Later on we had an animal and colours scavenger hunt. I had some animal picture cards, which I laid  out on the table, the children then went on a hunt through the toy boxes to find the animals to match the cards. When they had found all the animals, they wanted to do it again so I then hid the animals in the garden for them to find, at least doing it this way I know exactly how many animals I've hidden! 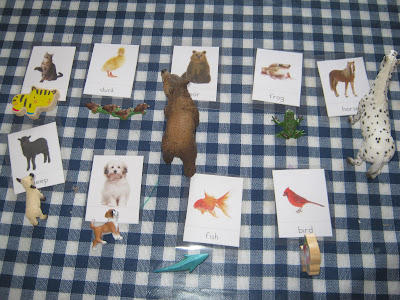 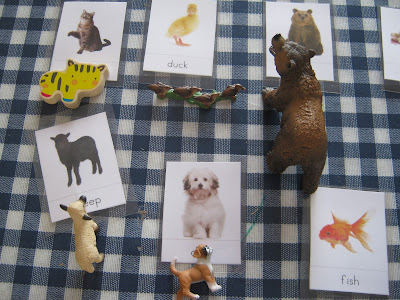 They then wanted to match animals to these cards. Then of to find things that matched the colours. 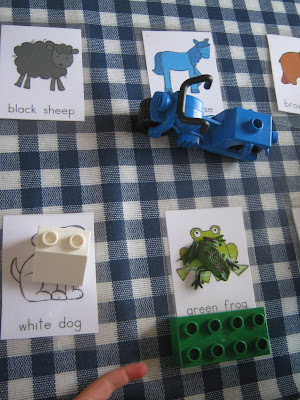 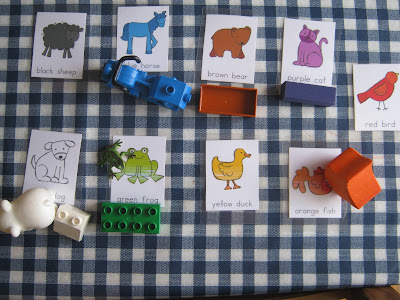 The cards came from 1+1+1=1 and can be found here , they are free and they have lots more activity cards and suggestions for you to enjoy.