Life came to a bit of sudden halt here, O is now home and on the mend but this was after a stay in hospital. He had been fighting of a sore throat for a while and on the 12th came down with stomach cramps, assumed he was getting a stomach bug. The pain was worse the next day, so phoned the doctors and he was seen that evening, this resulted in a trip to A&E, with suspected appendicitis. They kept him in over night, with the plan to operate the next morning. I spent the day in hospital with him, the op was delayed as there were emergencies and he finally went down to theatre at 2pm, I left the hospital with instructions to phone the ward after 3.30 to see how he was doing. Well the phone went at 3.30, had the surgeon saying O is now stable but he is in ICU, his spleen had ruptured, which they had to remove and he had lost over 4 litres of blood. The next few days were spent with hubby and I alternating our time sat with him at hospital, the care he received in ICU was amazing and even the care on the main busy ward was fantastic. We are still waiting for the results but they think his spleen ruptured due to a rare complication of a sore throat virus. I am blessed with some amazing friends, I was in two minds whether to facebook what had happened or wait till he had recovered. I am glad I did, it meant we had some lovely messages of support but also of those saying when they were free and could look after the girls, made life a lot easier, as I knew who I could ask and what day. Luckily he was so fit before this happened, all those hours in the gym has meant he is recovering well and is hoping to return work a lot sooner than the hospital said too but this is because his manager has said he can go back to light duties and will work around he his capable of. All my meal prepping and freezer stocking has been a blessing as none of us have felt like cooking from scratch, plus we weren't all home together for a meal, now need to think about restocking the freezer.

In the midst of all this, I came home one day to spot our snowdrops had flowered and our seedlings had all started growing, probably not at exactly the same time but I noticed them all on the same day, it was the same day that O was moved out of ICU and onto main ward, so a lovely positive sign. 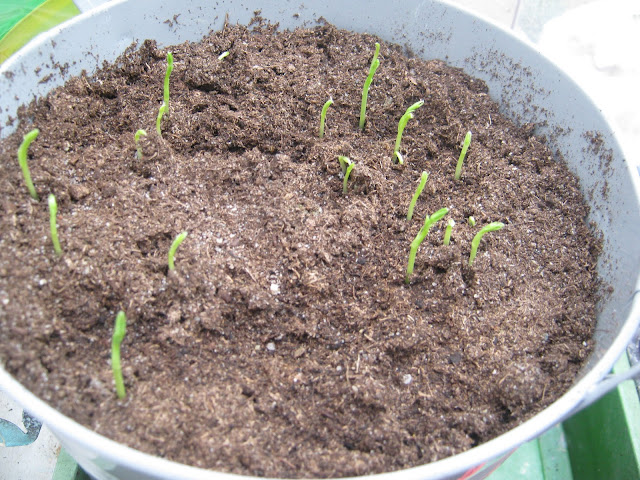 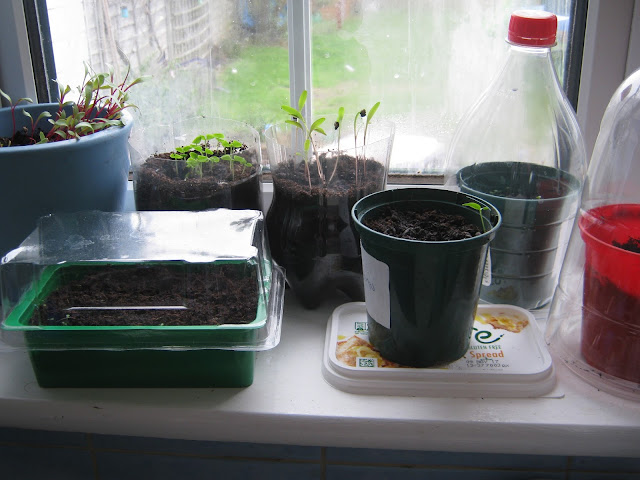 Two weeks without any crafts being done is a long time for me, just not had the head space to concentrate on it, so know things are returning to normal, when you finally decide that the soft, stripey jersey that has been sitting on top of your fabric pile can be made into pyjamas. Ended up adapting leggings and a top pattern to make them, L is very pleased with them and has asked to make a bigger size so she has a pair to grow into. Even hubby says they suit her but as I was cutting the fabric out he thought they would end up looking some dodgy optical illusion but actually once they were made they look pretty good. Now looking at some floral fabric and trying to decide what to make with it. It is so good to have O home, his sisters have missed him loads, he is now trying to see how many games of monopoly he can beat me at! 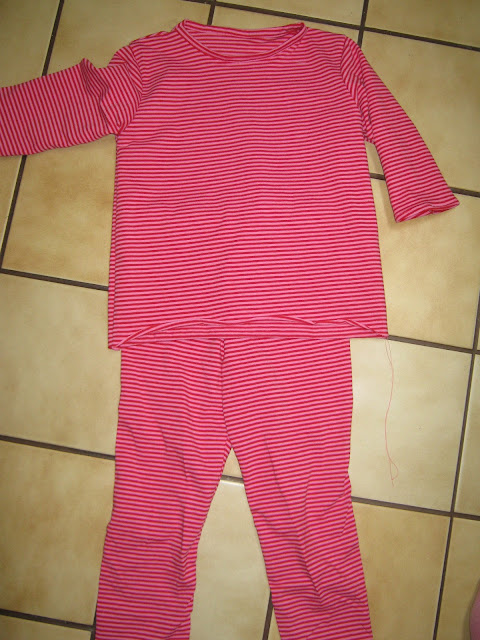 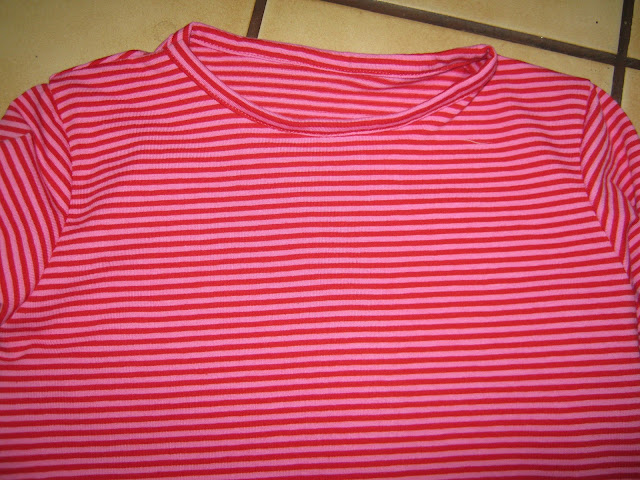