Managed to finish crocheting my bunnies, so have some pretty spring bunting, the girls asked if we could get some daffodils when we did a food shop at the weekend, so added those to a simple early spring display. We have spent a lot of time comparing them to the ones in the garden and why they are flowering quicker. As well as cutting one up to show all the parts of the flower. 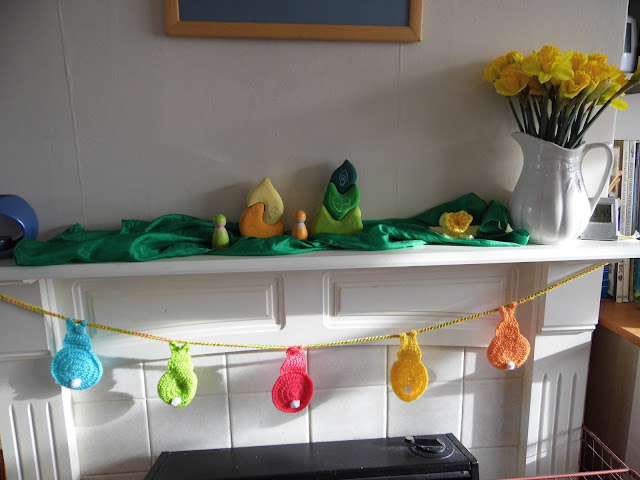 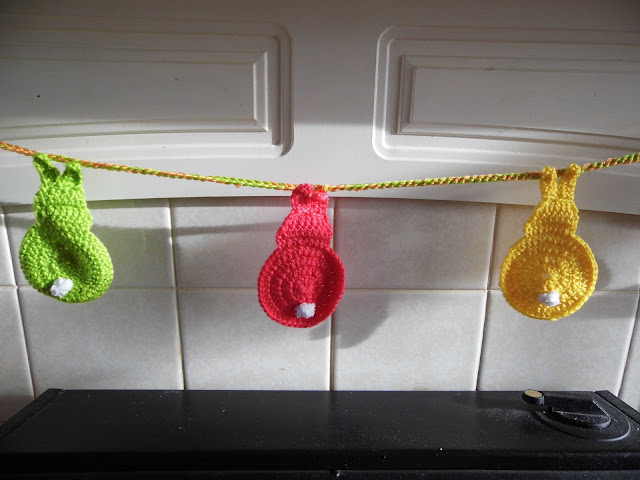 Using some left over wool, knitted a daffodil, might make another one, originally thought I would make a spring wreath but don't think I will have time for that this year, have a few sewing projects planned and knitting to finish of. 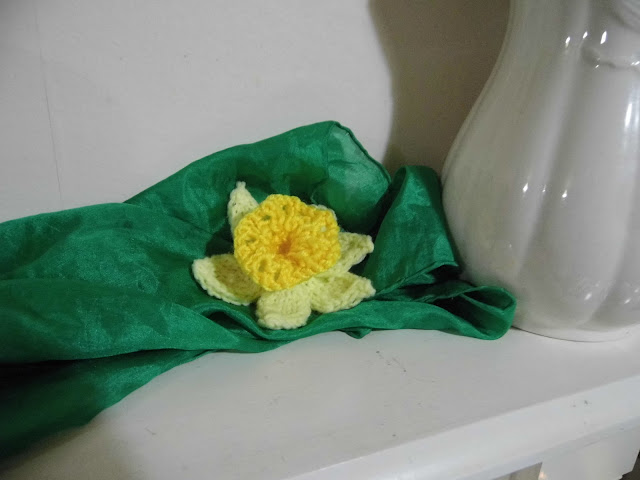 As well as dissecting a flower, they also spent time drawing a daffodil and talking about the parts they were drawing and the jobs they have. 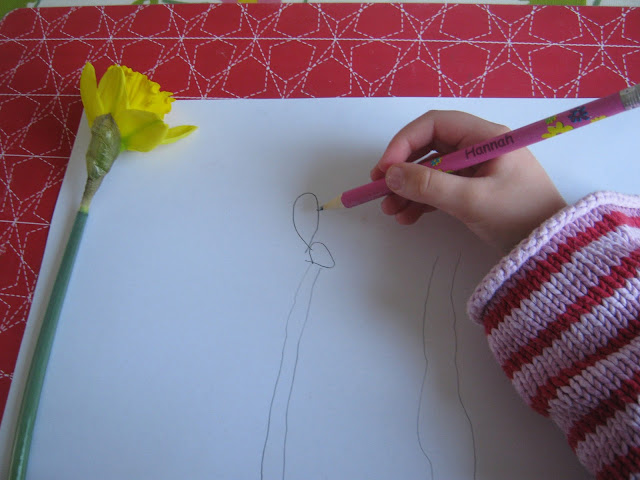 Enjoyed a game of dominoes 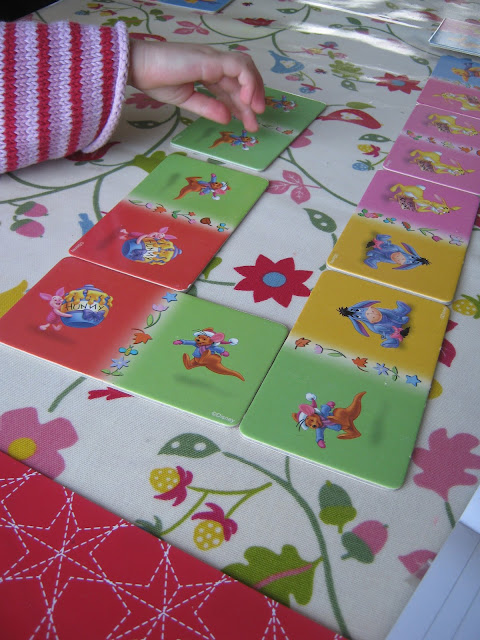 Introduced them to the Princess game, which is great co-operative game, they have to come up with story ideas how to use different objects to reach the princess before nighttime comes and the castle is locked up for the night. 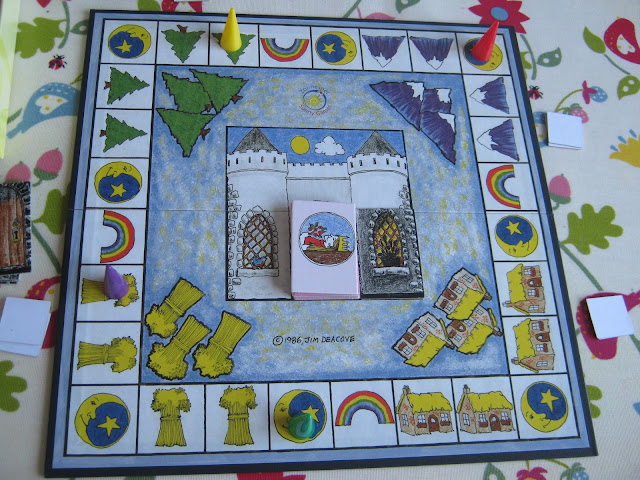 We had lovely sunshine here on Monday even if the wind was bit cold, decided it was perfect for a walk in the woods. We dropped a a new baby present of on route and got to see my friend's granddaughter for the first time, only a few days old and very gorgeous. The children headed straight for the stream and enjoyed paddling in it, L enjoyed splashing but then lost her wellie, ended up standing on one leg, while I went a got it, luckily it had landed at the edge of the stream and caught on some twigs, so it was still fairly dry inside and she can balance well on one leg! 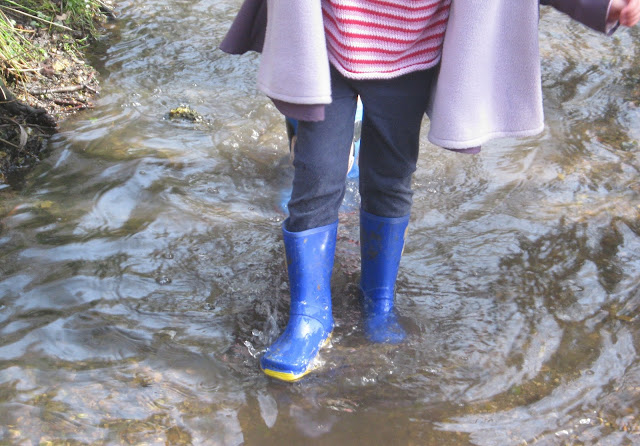 They discovered this tree and spent time telling stories about all the creatures that might live there and the fairies who had built there home there. 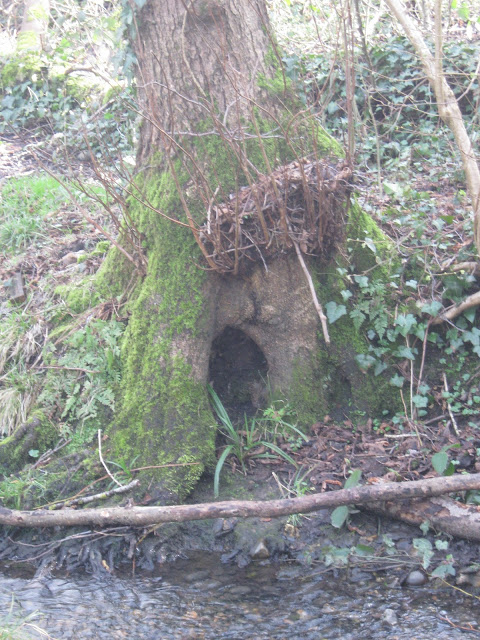 You can just about spot the robin in the photo bellow, there was more than one singing away as we walked through the woods, finally spotted this one and we stood and watched him sing and wash his feathers. They also spotted some blackbirds and pigeons, as we were listening to the different songs they asked what a crow sounded like, so when we came home, I searched the RSPB site for them to listen to. The interest in crows comes from the Orchard game we play regularly. 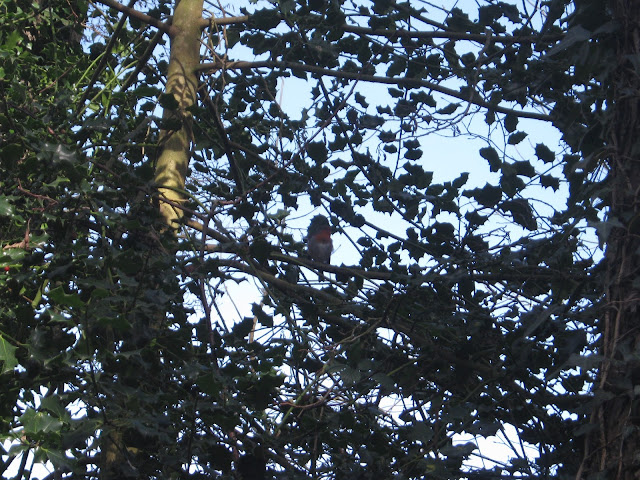