We enjoyed reading the story of Saint Nicholas and then put together a little scene, using the paper fir trees we made earlier. L loved spending time making up stories with the figures and then adding in new characters to go with them. 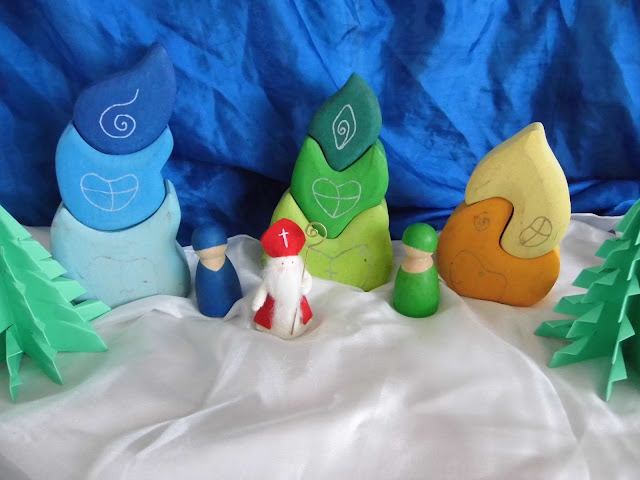 Christmas cards for the parents made, hand print Robbins, the older ones created there's all on their own, I made the younger ones so parents have a keepsake. 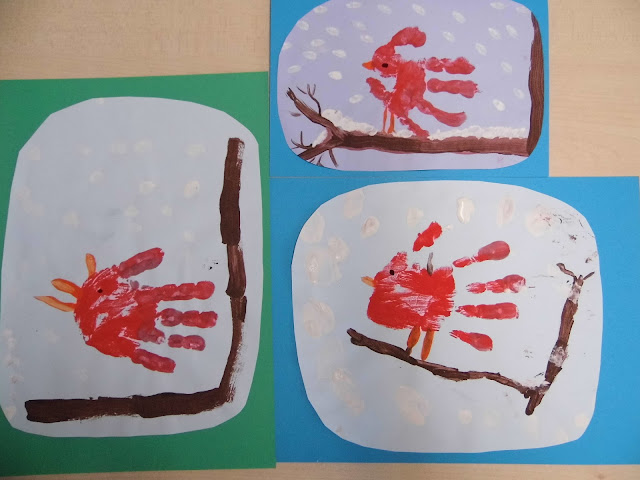 When we were making our list of things to make for Christmas, M was desperate to make Chocolate Christmas pudding cakes again, simple but very effective, or at least I think so. The cup cakes are any chocolate cake you like, then topped with some white rolled out icing and then some green and red icing to make to the holly. 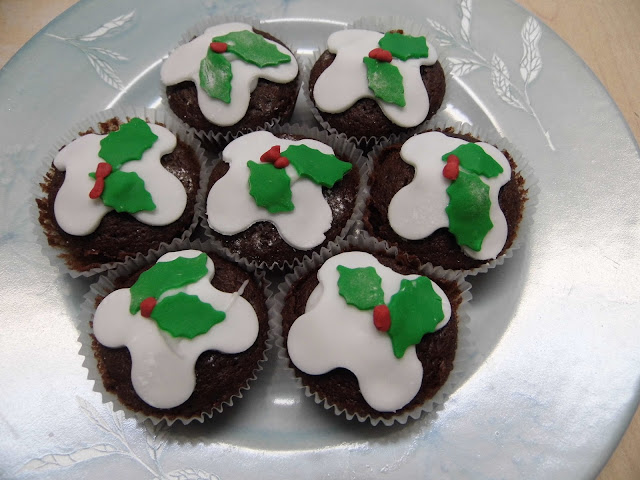 Paper chain making, M has been busy making loads, enough to decorate the tree and to put hang up as well, for L I found a pack with sticky tabs, rather than cutting out paper and gluing them, so she could make some on her own, she does like to be independent. Damp sponge in a pot, makes the sticking so much nicer, than licking them and being left with that horrible taste in your mouth. 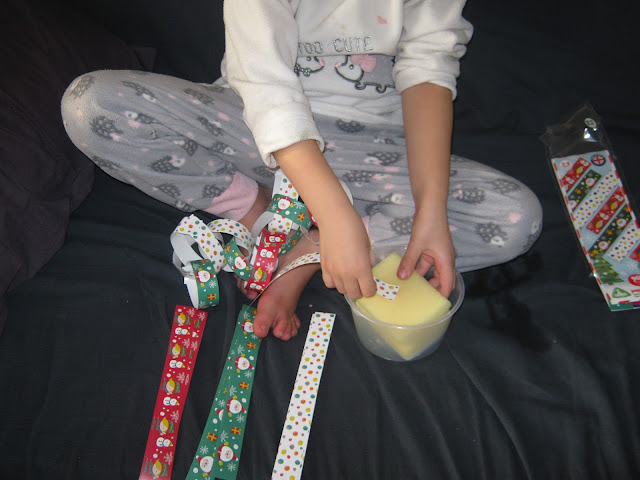 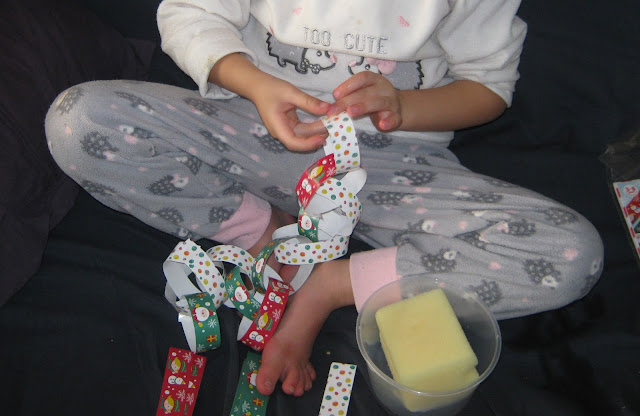 Not Christmas at all but L asked me the other day to make her a special doughnut, as in one that didn't have her allergens in it. I said "I thought that might be a bit difficult", she looked at me as if I was being very sill and said "No there not Mum, you just need one of my bagels, some icing and sprinkles." So that is what she did :) 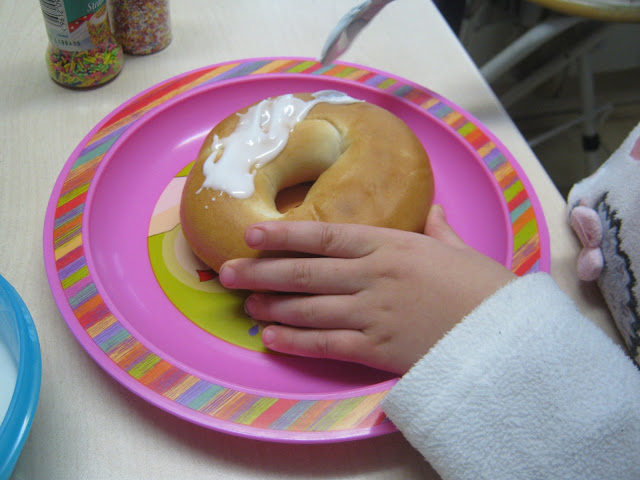 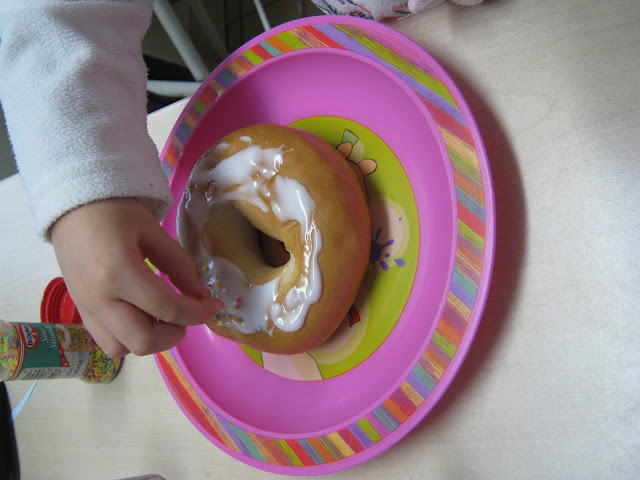 Hopefully will catch up on the rest of the things we have been creating this week, we are a little bit behind as we have all been battling horrible coughs and colds to say the least.
Posted by Helen B at 11:28

Email ThisBlogThis!Share to TwitterShare to FacebookShare to Pinterest
Labels: art and crafts, Christmas, cooking with children