The girls and I are loving The Christmas Mystery, what I hadn't realised that the story is based on a journey through history and through countries. Starting in Norway, then heading through Sweden and then on to Denmark. So lots to look up and research if you want to, this morning we had out the atlas looking at the countries and places mentioned and listening to Bach, as his music was mentioned in the story. Wondering where else the story will take us.

The girls have been busy sewing Christmas decorations, L is still working on hers, think she choose the one with the most sewing, bless her. 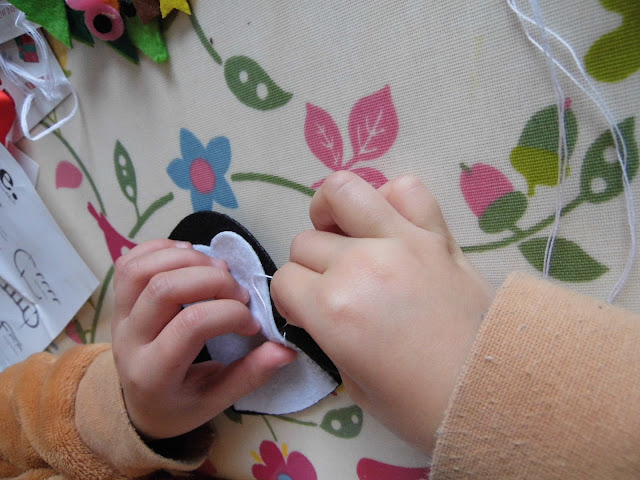 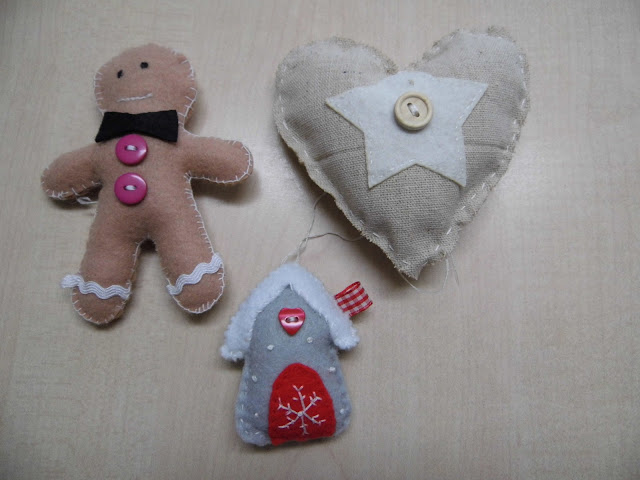 M and I have been making some window stars 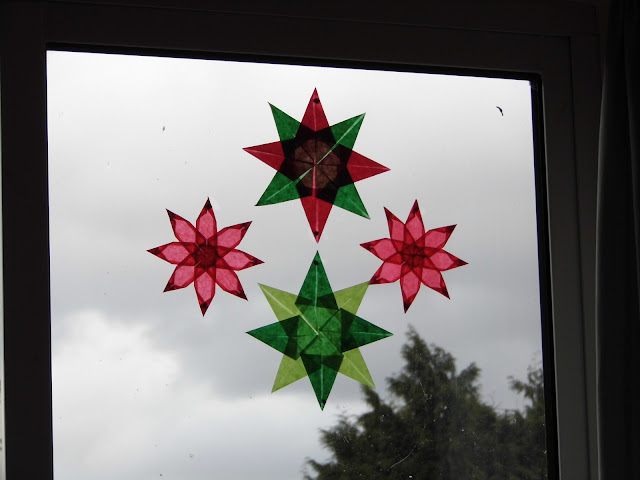 and I had a go at making these paper stars using this origami star tutorial, still rather shocked it worked, ok, I never manage to get the sharp crisp corners that they do but there was so much folding and unfolding before you got to anything that looked like a star. I was doing the what! Really! Its's supposed to go how!! Then wow it worked,much tot he amusement of my girls. They actually had the star around the other way but actually we rather like the contrast of the different patterns. 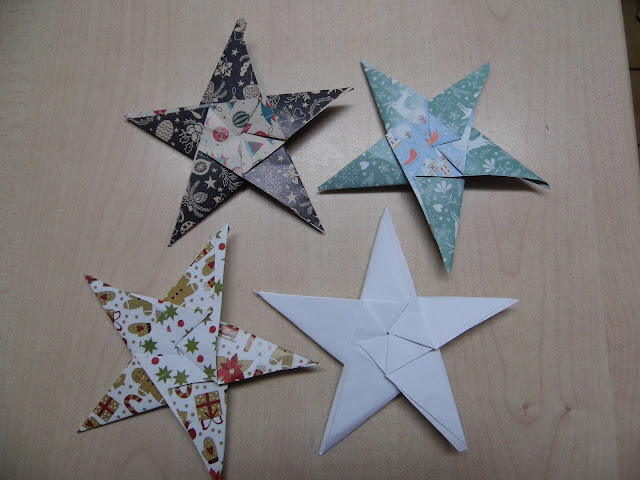 Oh and of course paper chain making, M still loves to make paper chains and L is getting into the swing of making them. 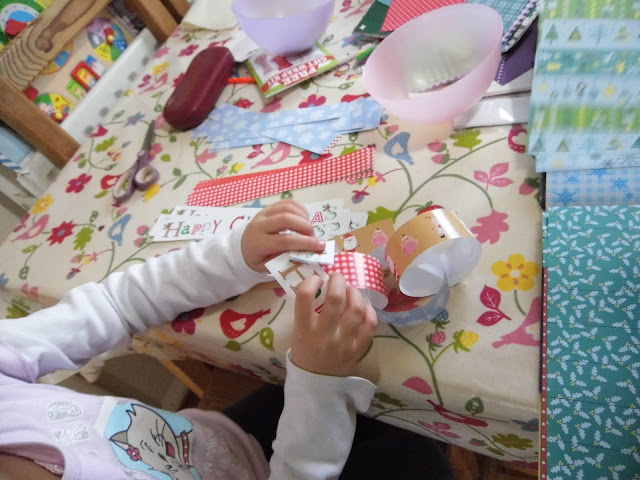