There is something special about lighting the advent calendar for the first time, I love the excitement and anticipation at what this month will bring. 24 crafts and activities planned, one for each day of advent, books sorted, happy times ahead. Now I had planned for the first of December to be a day at home, crafting and story telling, instead ended up in town shoe hunting for L. L has very narrow feet and we hadn't been able to find anything in the out of town shoe shop, had ordered a couple of different styles, gone back but these didn't fit either. So town was the next choice, won't say how long we were in town for but we now do have some nice sensible shoes, that fit and according to L are  very comfy, though I did have to talk her out of some pink suede boots. Yes the did look nice but pale pink suede footwear on my tree climbing 5 year old, maybe not the best choice. On the way back to our car, realised that they have moved all the payment machines, so ended up having to walk through one level of the car park, to find one and then up the stairs we don't normally use. M was going up first, turned the corner and quickly turned to come back down, heard a man's voice apologising and then stuck his head round the corner, slight panic initially from me but as he stayed sitting and was very apologetic, that I trusted my instinct that he was ok. Turned out he had come to what in theory was the quietest staircase, to get out of the cold to try and get some sleep, one of the towns many homeless. He was so apologetic that he had worried my oldest daughter and was busy moving his bags out of the way for us to pass, while still apologising. Me by this time had recovered from the initial shock and was feeling guilty that we had disturbed his sleep and had been busy buying a few Christmas decorations while he will be spending another night out in the cold. He was saying that a new shelter was opening over the Christmas period and he was hoping to get a bed there. In the meantime he had been given a new army sleeping bag by one of the local charities, so it wasn't as bad as it had been, he was so polite and positive about his situation, we wished him all the best and hope he does get somewhere warm to sleep. So this post is written with real mixed feelings, the joy and happiness I want my family to feel at this time of year and the sadness for those that are in difficult, stressful situations now, those that are homeless and those that the threat of eviction is on the cards. We as an individual can make difference but at times it never feels enough, where we live the cost of housing is so expensive, the situation is only going to get worse. 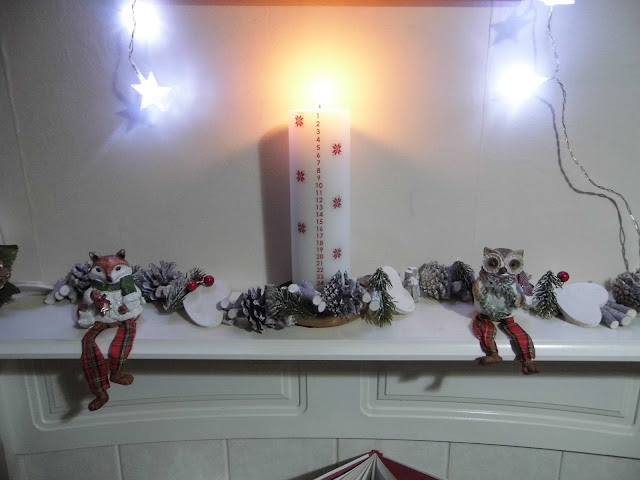 Our advent reading this year, we have 2, for L we are reading  Advent Stories and for M The Christmas Mystery, the age range for this is 6 to 11 year old, we are only on day 2 but actually M,L and I are all enjoying the story, its lovely to have a Christmas book that we all can all snuggle up and  enjoy, well the girls the menfolk aren't so interested. 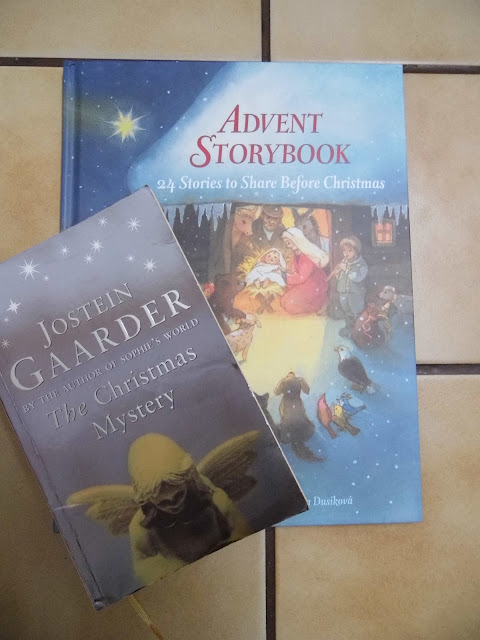 We are reusing an advent calendar we made a couple of years ago, under each tag is an activity, craft, poem to read, we always read The Night before Christmas on Christmas Eve. So our first craft 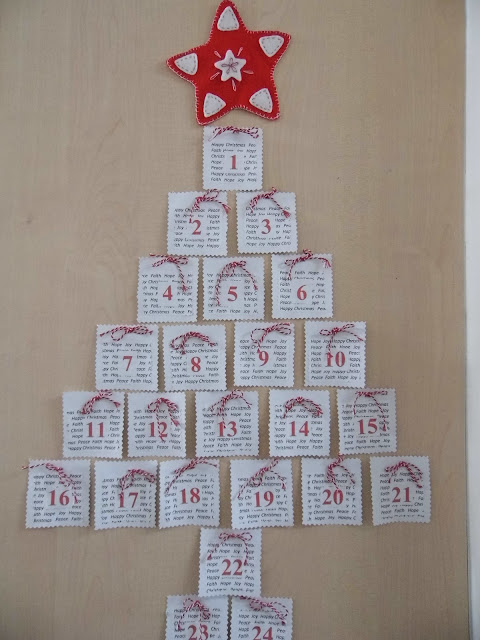 was making Christmas cards for Grandparents and realising that we have loads of Christmas stickers, think I have picked up more than one pack in the sales after Christmas, won't need to buy any for a couple of years. 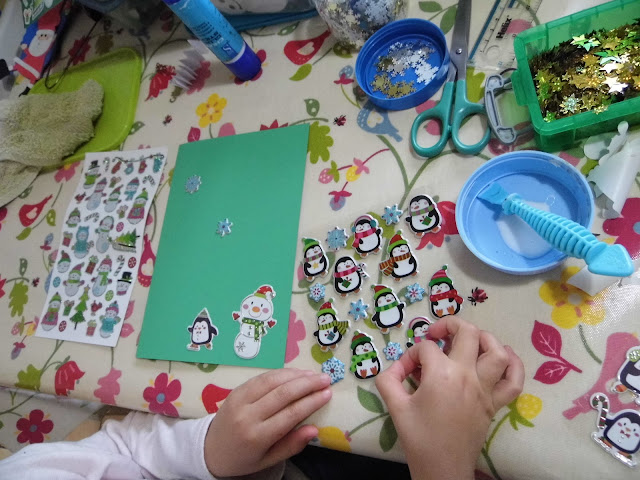 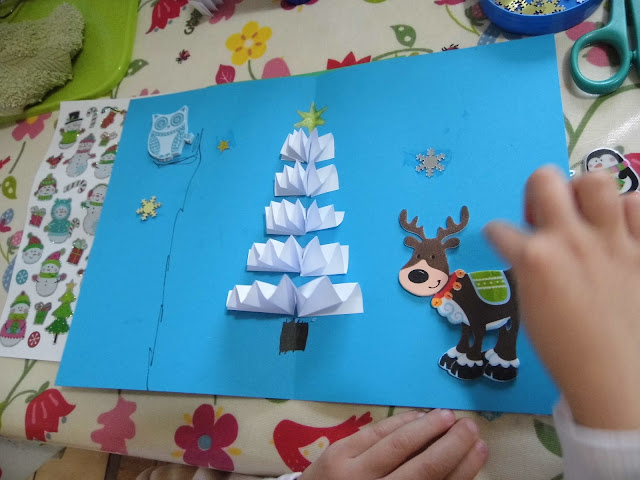 I have finished L's Odila cape pullover, she loves it, its roomy enough to pull over another jumper if she is cold, if you are wondering what she is doing, she is using a periscope that her Dad and her made the other week. Which she has thoroughly enjoyed playing with and experimenting with trying to see round corners, above worktops. Joining Nicole for Crafting On 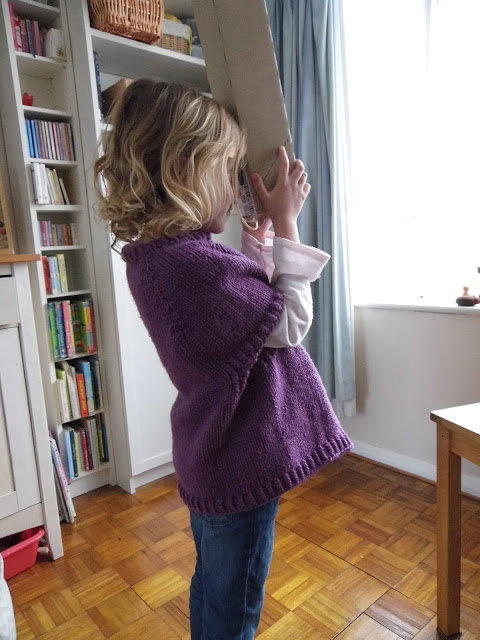 Email ThisBlogThis!Share to TwitterShare to FacebookShare to Pinterest
Labels: art and crafts, books we enjoy, Christmas, knitting, My Reading