M and I were busy writing thank you cards, with L happily drawing pictures, L asked me what were were doing and then which was her name, her response was "I can write that" which she did. This is her first attempt at trying any form of "proper" writing. She then spent time alternating between writing more letters and jumping around the lounge with a big smile on her face shouting "I can write!" Feeling rather proud of her and the effort she put into this. 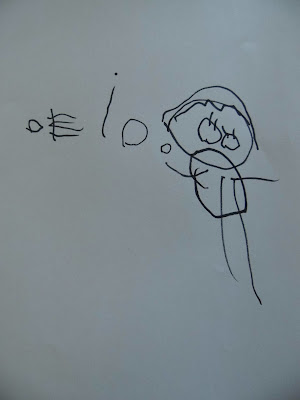 Now rather delayed but I have finally finished the coat I was making for L, this was something that was going to push the skills I already had and wasn't a quick and easy project, delayed by me changing my mind. I fell in love with shape of this McCall's pattern but with some alterations. I liked the shape of the coat shown below but with out the fur trimmed cuffed, so lengthened the sleeves and did away the frill. The original pattern isn't lined, now I had originally planned to pad the coat with wadding but then thought it wouldn't hang right. So decided on lining with fleece, took a while to find the right colour and order. I then cut everything out, had a moments panic that it wouldn't work so packed it away for a couple of weeks, then started again but pottered at it.  I had originally cut the fleece lining identical to the outer but then decided it would add to much bulk to the skirt with the large amount of pleating, so re-cut the fleece skirt to fit the outer skirt once it had all the pleats put in. L is really pleased with and loves the way the skirt swirls when she twirls around. 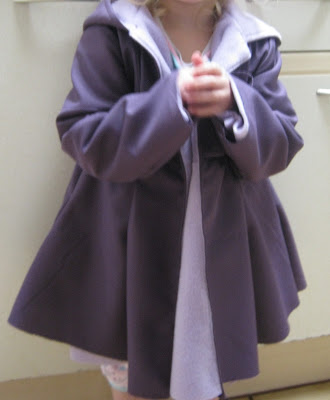 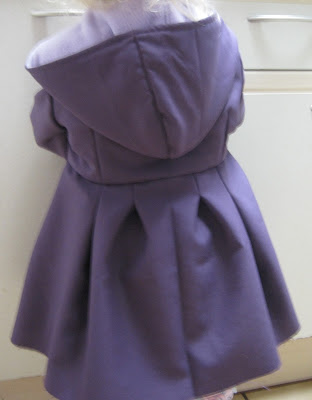 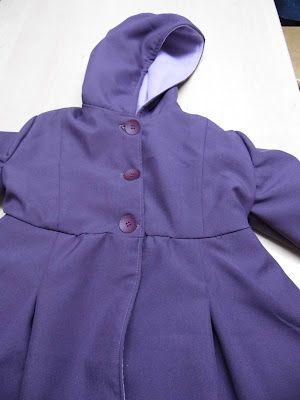 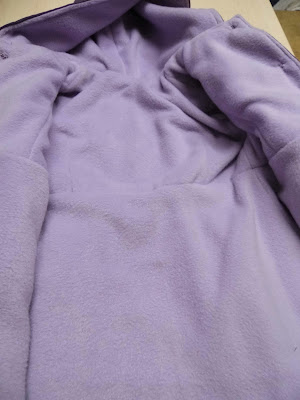 Now have a couple of new projects on the go, I only originally popped into our local craft shop to pick up a couple of balls of wool for a new baby cardigan for friend. Ended up buying wool and new patterns, this cardi for the baby, I love cardigans that do up with one button and then found this gorgeous gorgeous pattern for L. Love the squirrel hoodie but starting with rabbit cardigan. I'm using Sirdar Snuggly yarn as L as very sensitive skin. So far have done the back and started the front it is long time since I've knitted a picture but I am enjoying it. 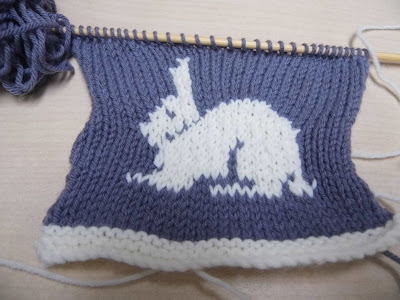 Now those that know me know that when it comes to craft and books I am a bit of hoarder and housework isn't top of my list of things to do. When I was pregnant with L I had big sort and a rearrange, spurred on between reading Simplicity Parenting and doing a short Montessori course. I loved the simplicity and uncluttered look, so it is something I am slowly working towards, ok very slowly towards. Before the summer holidays I read Life Changing Magic of Tidying and after googling some images of drawers of folded clothes decided this was something I was going to try and wow, why has it taken me this long to learn about this? These are some of our drawers several months later and we are still folding, yes it takes a bit longer to put the clothes away but it is so easy to find everything you need. Even my youngest can find what she wants and doesn't want and can pull her clothes out without disturbing the other folded clothes unlike when she had to rummage through pile of clothes in the drawer. L and M both love to help fold their washing and put it away too. In the long run this has saved me so much time and have shared with a few friends, some who are now converted to folding, even if our husbands think we are loosing the plot. 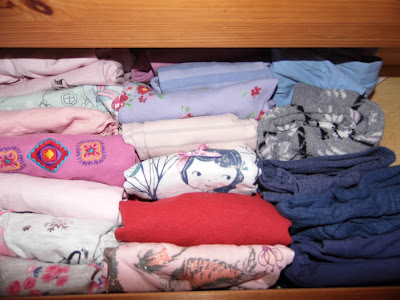 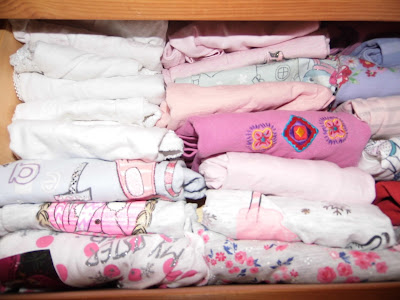 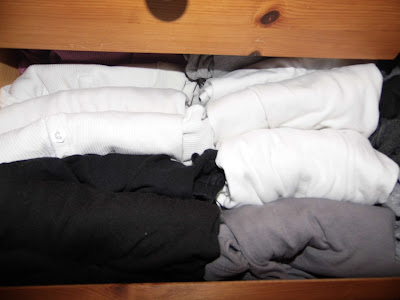 Today M came back from dance with the results of her street dance exams, she passed with honours, this is the first dance exam she has done where she has had to choreograph her own routine, so very proud of her. Also realised when I was filling out the nursery education funding forms for the minded children that if I had followed the norm L would be in her second term of nursery school, instead we are starting her journey of home education.