As we did for Saint David's day, we are doing the same for Saint Patrick's day. We looked at where Ireland was on a map and answered the children's questions as to what different places are called.

The older children 8+ labeled their map, with where Northern Ireland is, it's capital Belfast, it's highest mountain, Slieve Donard mountain 848 m (2782 ft) and  where the River Bann was. We also looked at the Giant's Causeway and found some good information here and some lovely pictures. I then told them the story of of the Irish giant Finn MacCool and the Scottish giant Benandonner and how they had argument and started throwing rocks back and forth and that is how the Giant's Causeway was formed.

We made some tissue paper rainbows and painted a pot of gold. We talked about how leprechauns are shoe makers by trade and they store their money they earn in a pot in the ground. If you follow a rainbow to it's end you might find their treasure. If you catch a leprechaun then they have to tell you were their treasure is but if you blink or look away from them they will vanish. 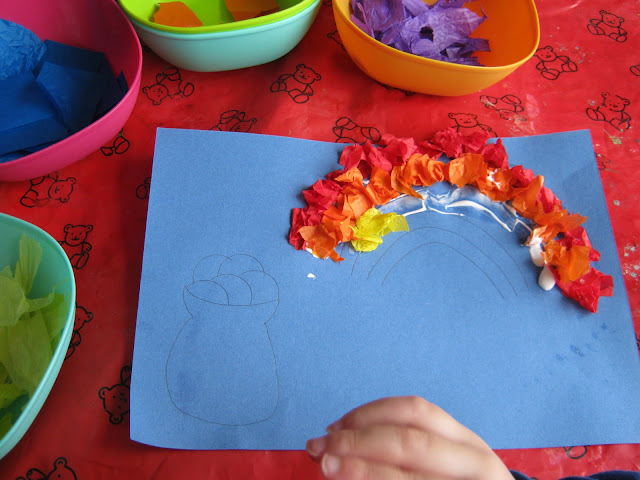 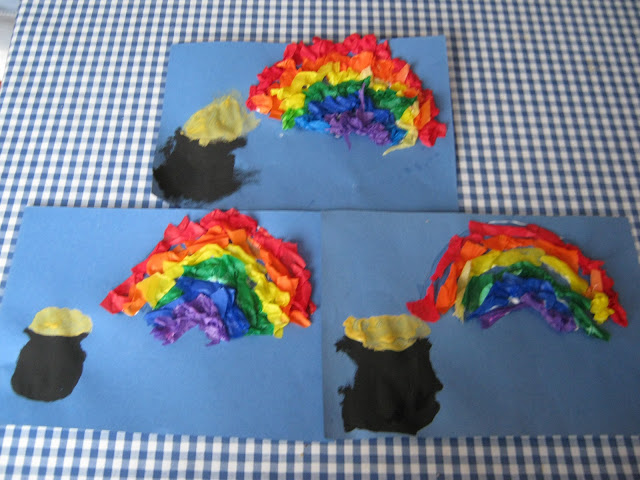 I then read them the story The Night Before St. Patrick's Day . Which is a story about two children trying to catch a leprechaun but they don't realise how tricky they are.

We also had a go at mixing the primary colours to make new colours, which they loved. I also attempted this rainbow science it didn't work for us, but they had fun mixing the food colouring afterwards, which looked very pretty halfway through the mixing and very murky at the end!

We then made ginger bread biscuits in the shape of shamrocks and iced them in green and talked about how the shamrock is the national emblem of Ireland and could they remember what the Welsh national emblem was? 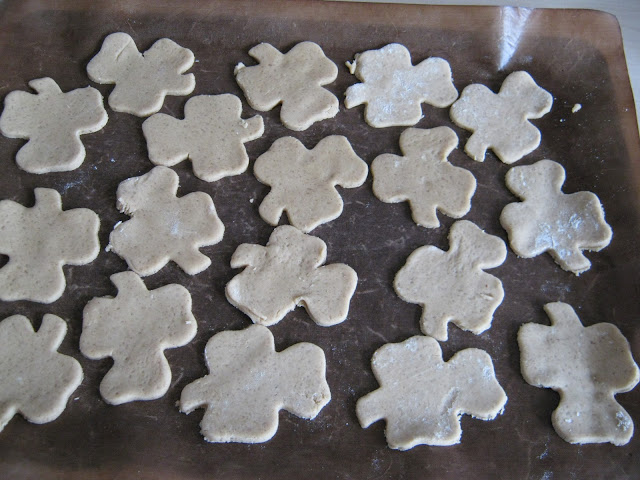 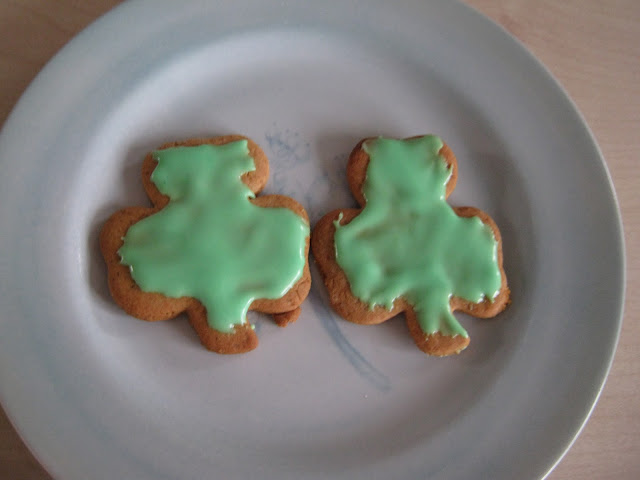 We made soda bread and it went very well with our chicken stew that we had for dinner that night. 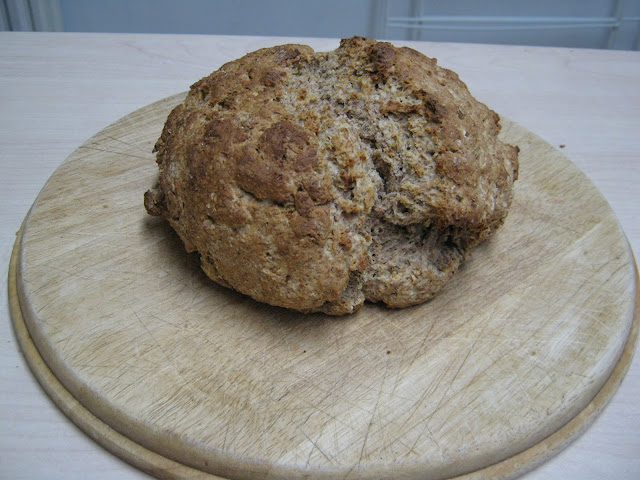 We read Patrick patron Saint of Ireland after reading this story we made paper chain snakes to remember him driving the snakes away. There was also lots of maths talk, through pattern and shapes the paper made, comparing the length of the snakes, shortest, longest etc and how many paper chains they had made. 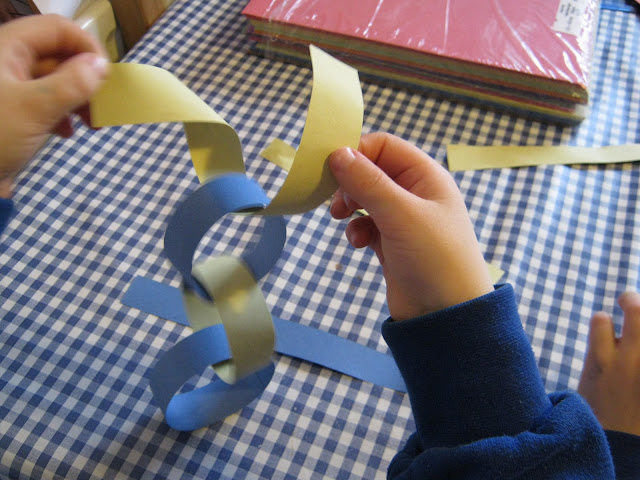 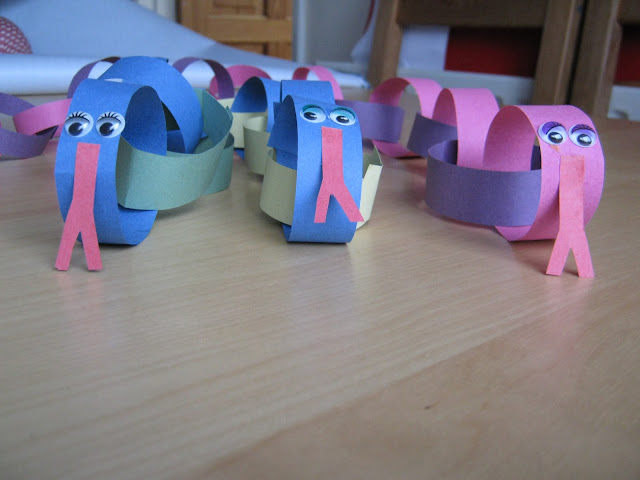 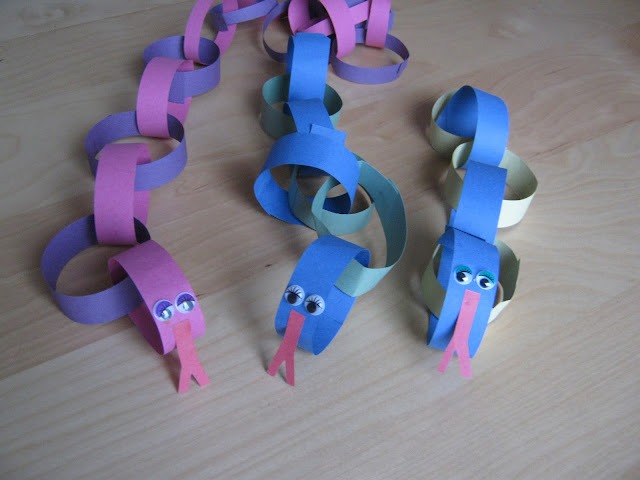 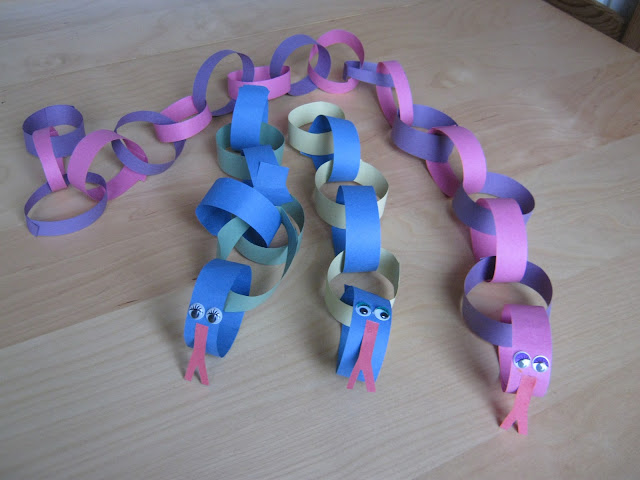 I found lots of other interesting facts here about St Patrick.

Email ThisBlogThis!Share to TwitterShare to FacebookShare to Pinterest
Labels: Around the World, art and crafts, celebrations and festivals, Spring