Its been 2 months since my hip replacement surgery and so far things are going well. Its great to be able to walk up the stairs normally,without having to hang onto the banister and pull yourself up.  Physio is pleased with my progress and have lots of rehab exercises to do everyday and its great to be out everyday for a walk, with no limp. Be a while before totally pain free as still healing and body adjusting to new improved posture, my knee caused the most issues but everything I have read this seems to be very common problem and time and physio should sort it all out. Oh and Max and crutches is interesting, he spent the first week being terrified of them, then decided that maybe they were good to pounce on, not helpful but luckily only lasted a couple of days, then he decided they were best ignored! The staff at the hospital were wonderful, can't fault them, made the 4 day stay easy to deal with, though was glad to come home. No allergic reactions to any meds, yay, though was rather sick and ended up on anti sickness tablets for the first week, after that I was taking just paracetamol, which I am ok with and by week 3 didn't need anything. I am amazed at how well my body has recovered from this surgery so far, fingers crossed it carries on doing so, the only downside was finding out last week my left hip doesn't look that good and they reckon 4 to 5 years and that will need replacing too. Though at the moment it is only giving the odd twinge, which isn't bad considering all the extra work its been having to do over the last couple of months.

Now hubby had the first two weeks to care for everyone, what he wasn't expecting to do was end up cake making and decorating with L. She overheard us chatting about some of the ideas I had for different project work, one was making a sarcophagus, now not the normal cardboard box ones I had seen but a cake one. That was it, Dad was not going to get any peace until this had happened, I would say at this point he looked rather shocked and really not sure what he had been talked into! Anyway of to the shops they went to find some cake decorating bits and home to bake an egg free cake. A few questions and then all I could here was lots of giggles and chatter from the kitchen, if I say both hubby and L was pleased with the finish cake, that is an understatement and I have discovered after 22 years of marriage my husband had a hidden talent! 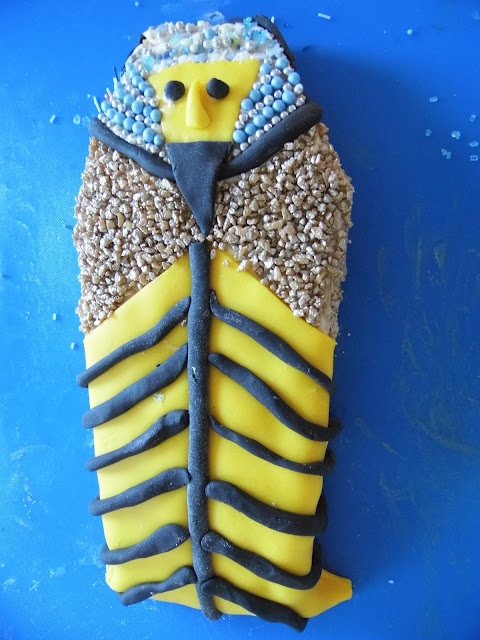 Slowly working on L's jumper, its called Rosebud, the body is knitted in a round and the split for the armhole shaping and neck, its a lovely pattern to knit, using a pale blue cotton yarn. 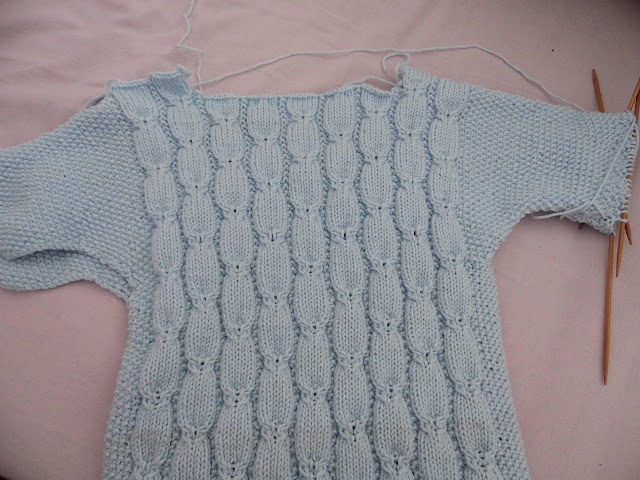 Have spent a lot of the first two weeks recuperating and binge watching way too many box sets and reading lots, then decided to get out this little embroidery to work on, I usually do cross stitch but loving the fun of a variety of stitches, might have to do some more. 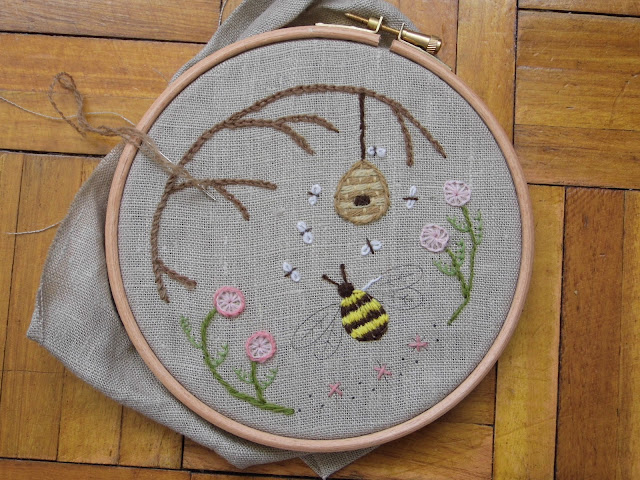 Oh and the highlight of November so far was L had another food challenge, this time the garden pea, she isn't impressed with taste of them but managed to eat her way through 80g of them during our morning stay at the hospital. She started of with 1 pea, then 4 peas, slowly building up the amount she had in each portion, it does mean that she needs to keep eating them at least twice a week. Otherwise research has shown that she is at risk of becoming allergic to them again, something about the body recognising the protein but not reacting to it in the right way. 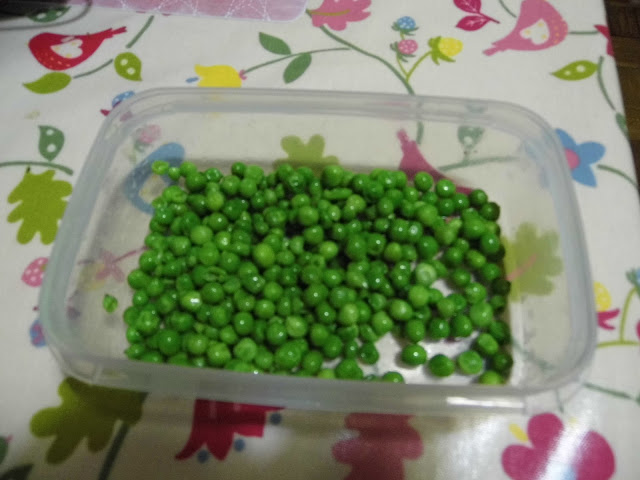