I had fun setting up a small world play for L, loosely based on the Nile and pyramids, we've also been talking about the river and why it was so important to the ancient Egyptians. She has a fantastic imagination so its a case of set the scene and then see where it leads her. Followed by snuggling up on the sofa to read lots of Egyptian myths, which she  has decided are rather odd at times! 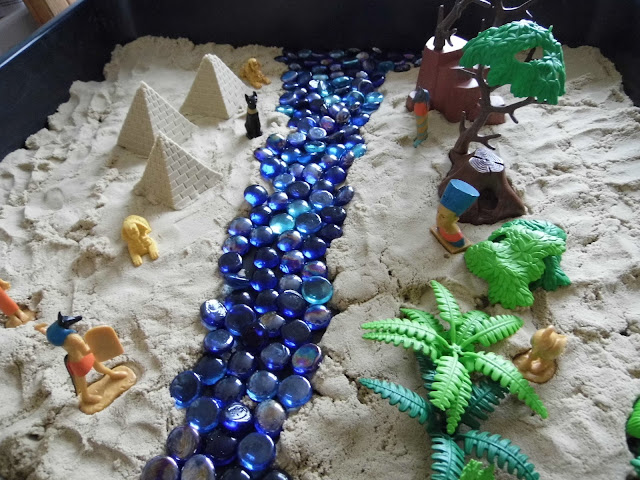 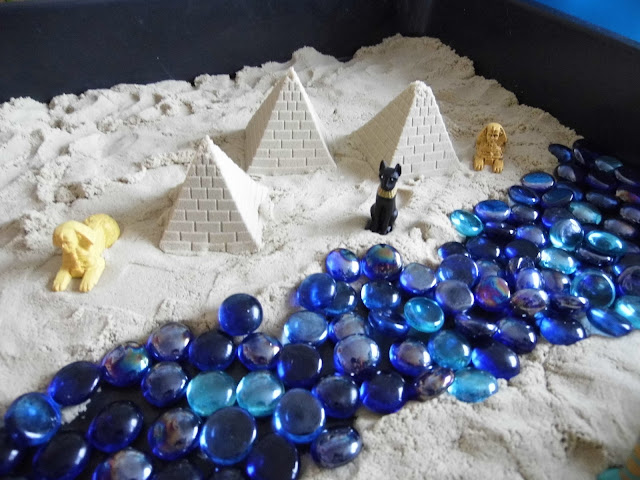 At the beginning of the week the weather was warmer and the rabbits were a lot happier to be outside for run, they love hopping up on the trampoline and running around and around in circles. 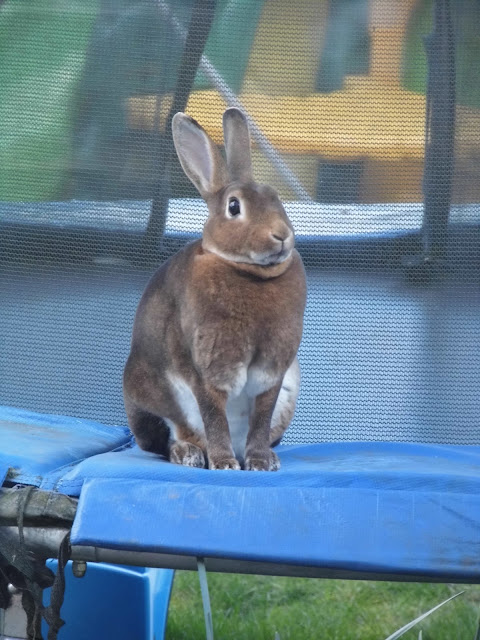 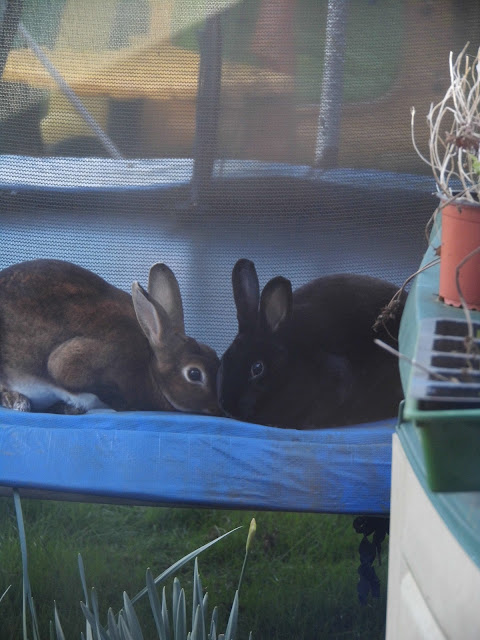 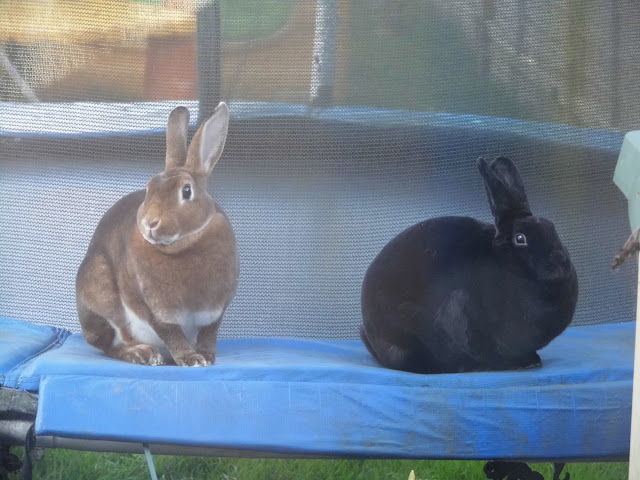 Now there have been some huge changes here, I hadn't written about them earlier as I was still processing and deciding what to do. Thursday was my last day childminding for the moment, my last family left as they are heading abroad for a while, they have been with me for nearly 5 years, there oldest is similar age to L. So its a huge change for L as every week she has her friend arriving, she has been very upset, as the girls were very close, so it will be tough for her for a while. I know I could easily fill the spaces left but as we are nearing exams for M, we've decided that for the next few months we will concentrate on the girls and their education and then look for more work in the late summer. It takes time to settle a new family in and I have high standards so feel I will be splitting myself too much at the moment. Though I know its the right choice for us at the moment this is the first time in 20 years that I won't have other children here, its left me with a huge mixture of emotions, more time to share with my girls and more space in the house, as there won't be all the extra that childminding needs but will miss the extra hustle and bustle of other children, the enjoyment of larger group activities etc. It will obviously mean less money too though we did have a treat on Friday as everyone was of work, college etc and took our first visit to a local trampoline park and fantastically we were the only people there, which was great, complete freedom. I am not sure who enjoyed it more, hubby wants to go back again and everyone else had a great time, M loves the long trampoline as she can practise all her flips etc, the men enjoyed trying to see who get who of first into the foam pit and L was just a blur as she bounced form one corner to another! 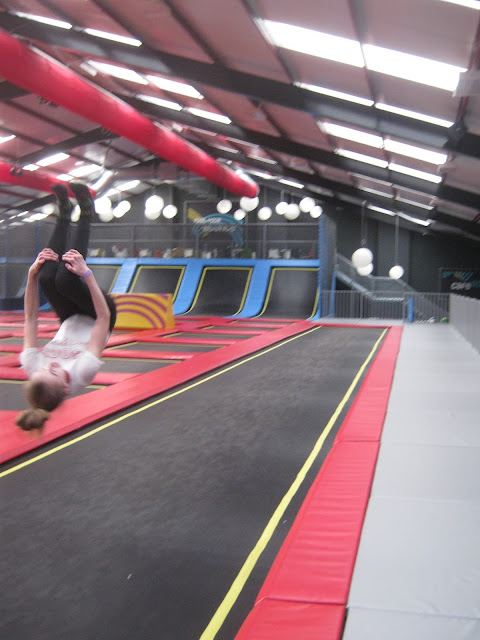 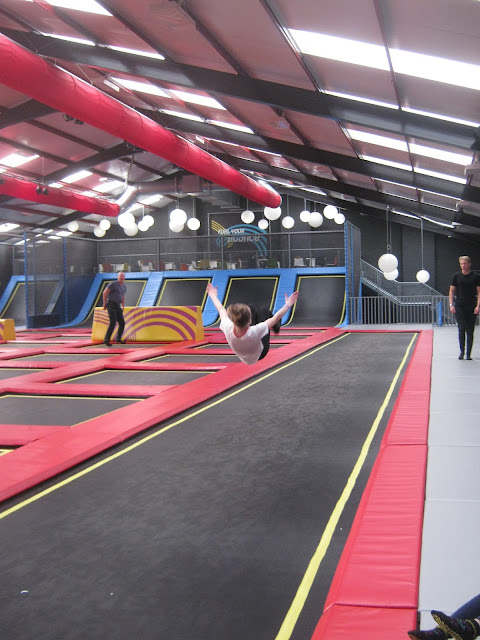 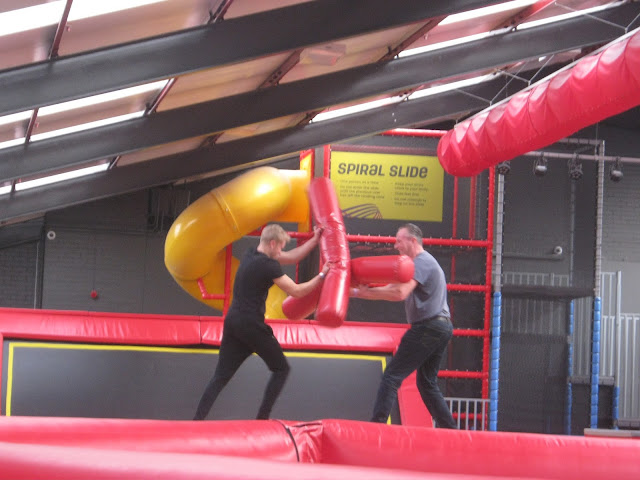 It doesn't really make up for L missing her friend but one thing I can now do, is set up lots of craft and science bits at a low level, as there aren't the babies to worry about. L was so excited when she came down Saturday morning to find lots of different things set up that she could just dip into, some she had seen and said she wanted to do others were my choice.  This is it after she had done a few of the crafts/activities. 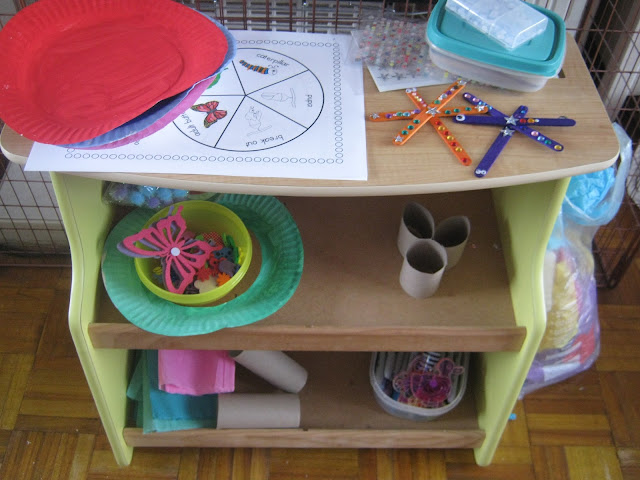 She loved making the sparkly dragonflies, we had to make an extra one as a gift for Nanny's birthday. 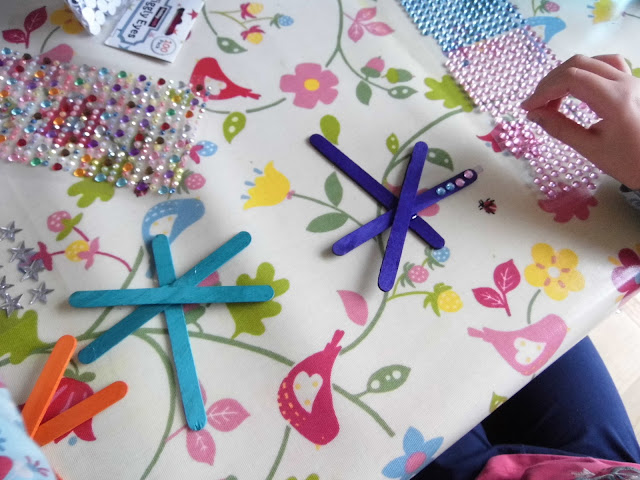 She decided the purple one was a monster dragonfly with extra eyes! 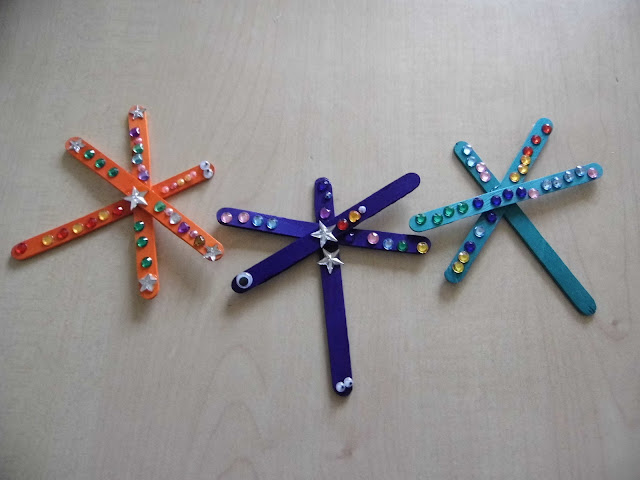 Science, we attempted to make our own scales and calibrate them with some little weights we have, ok the scales slightly failed as they kept tipping to one side, so made it a little bit difficult to weigh anything but L enjoyed the process and seeing what things weighed, what is heavier etc. We then spent time trying to guess which object could be heavier by looking at them e.g. a pound coin and a craft pom pom, great way to show that just because something is bigger doesn't mean its heavier. Then weighing them in our hands, to estimate the weight, before putting them on the scales to check. 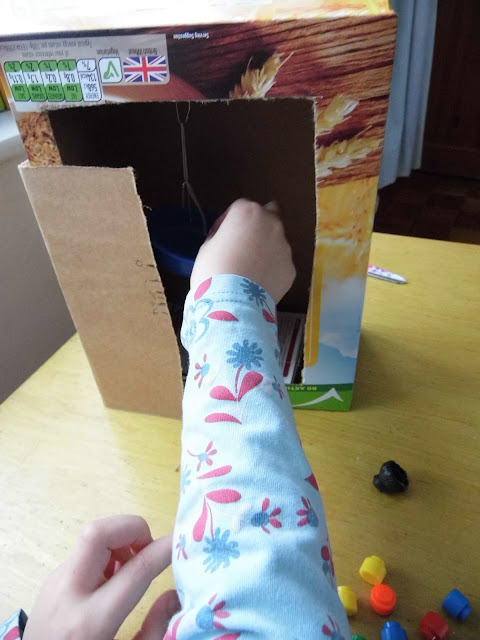 Now M has come across a vegan you tube called Madeleine Olivia she has some lovely recipes on her channel, so we are slowly working through them, we loved her coconut dahl, even my meat loving husband was pleasantly surprised at how nice it was, good job really as it made 6 portions, so we had 2 days in the row (the freezer is rather full at the moment!) 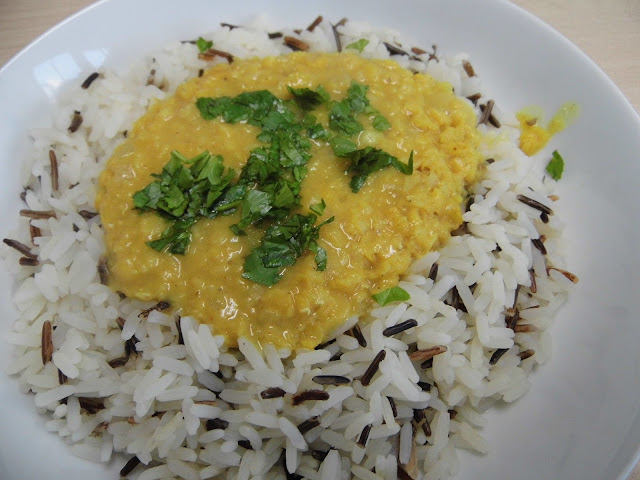 More cooking, M and I have been mucking around in the kitchen, experimenting with cheese and herb scones, recipe below. The mixture ended up a little bit too wet, to be rolled and out and a cutter used, so we just rolled them into a ball and pressed them down for a more rustic look. They made a very nice moist scone, which were a little bit too moreish! 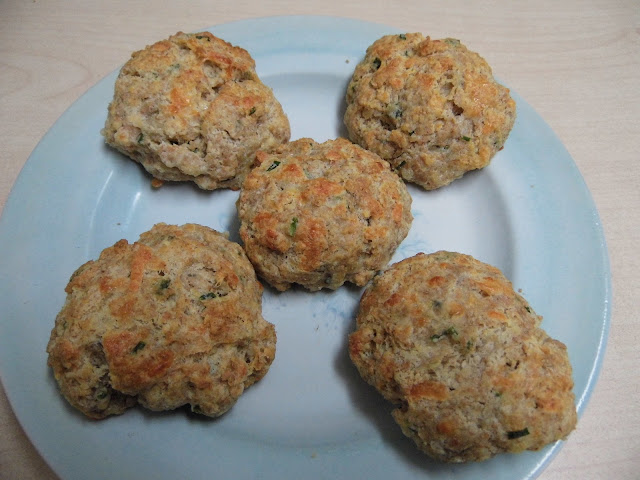 Cheese and Chive Scones
250g wholemeal self raising flour
75 g butter
100g grated cheese
3 tbsp of chopped chives
2 eggs lightly beaten
4 to 5 tbsp milk
We've had results back for all M's exams etc really pleased she got a merit in her LAMDA, pretty good going for first exam and she had a sore throat too. Highly commended in her Latin dance and bronze in her gymnastics, so a good week for her.

We had snow again this weekend, my poor daffodils are buried under it, just as spring was beginning to show lots of pretty signs it was on its way! We had a lovely walk on Sunday through the woods, L was a bit disappointed that the stream hadn't frozen over but enjoyed a paddle through it anyway. 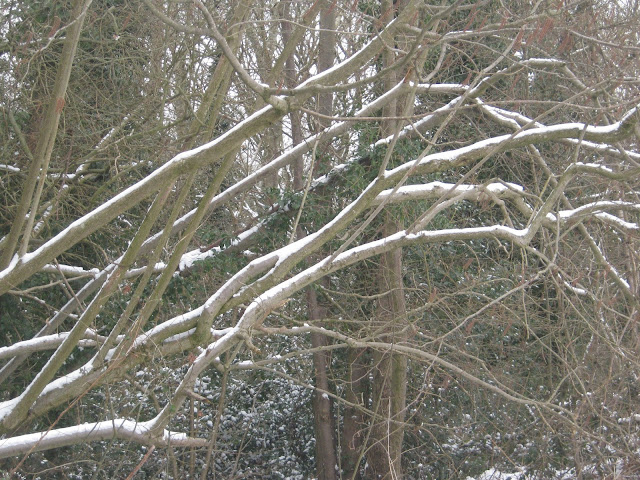 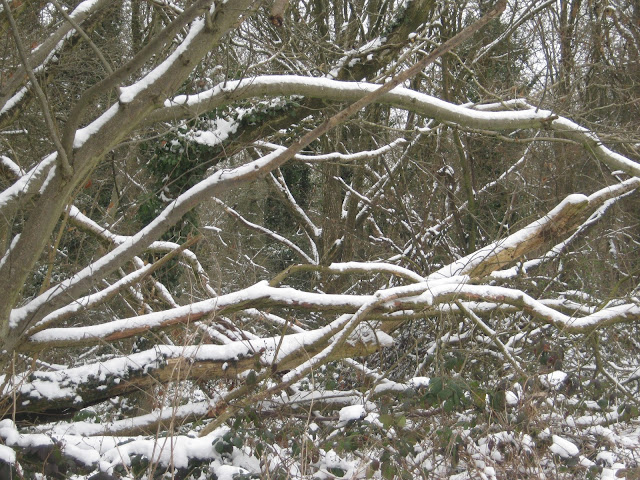 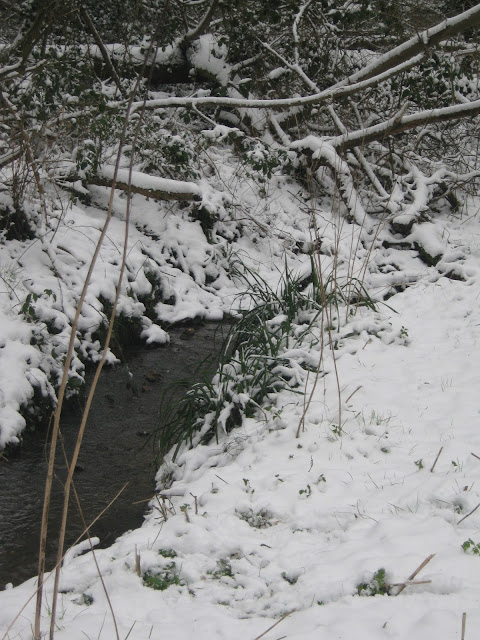 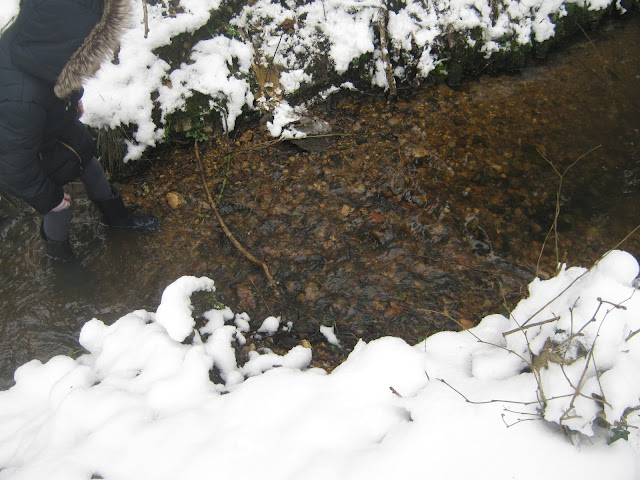 Baby knitting and using up my odd bits of wool, another pink hat and a friend has announced she is expecting twin boys later in the year, so some more Teagan hats and then some simple booties as I had more wool that I thought left over. 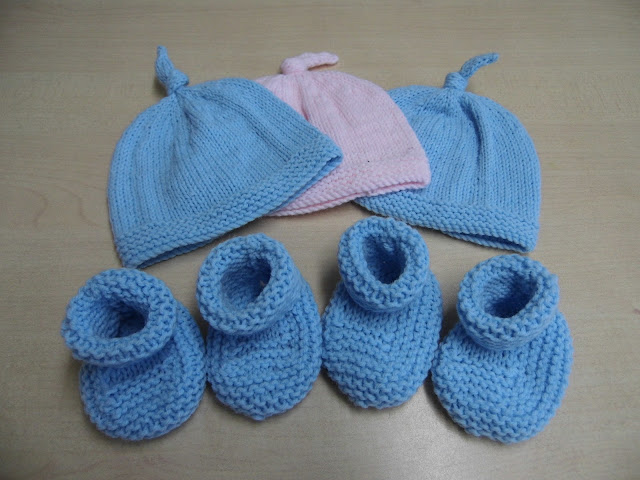 Knitting Ocean Waves as a present for a friends 40th, nearly half way through it according to the amount of repeats the patterns suggest but I think it might need to be longer to make a good wrap, fingers crossed I have enough yarn! Oh and it should look a lot better once its been blocked. 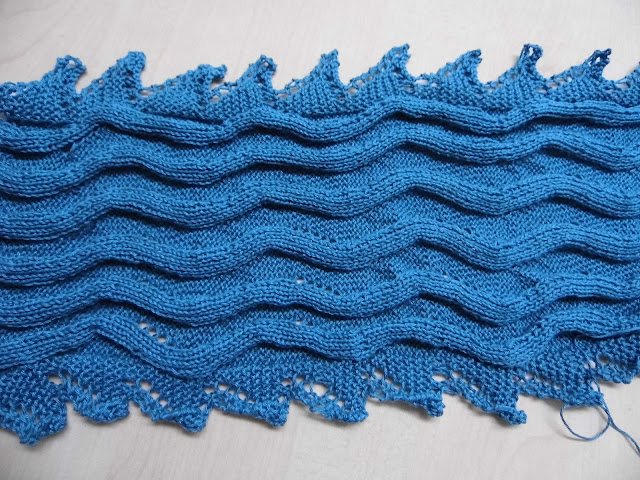 More baby knitting, was asked to make this cardi, lots of knitting through backs of loops to give the added texture to the plain strips. 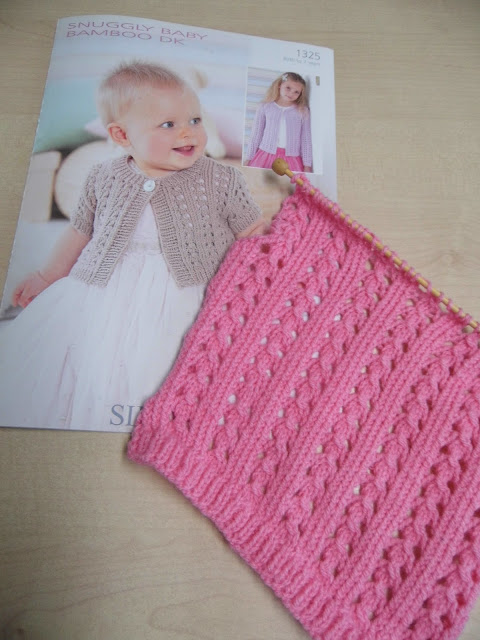 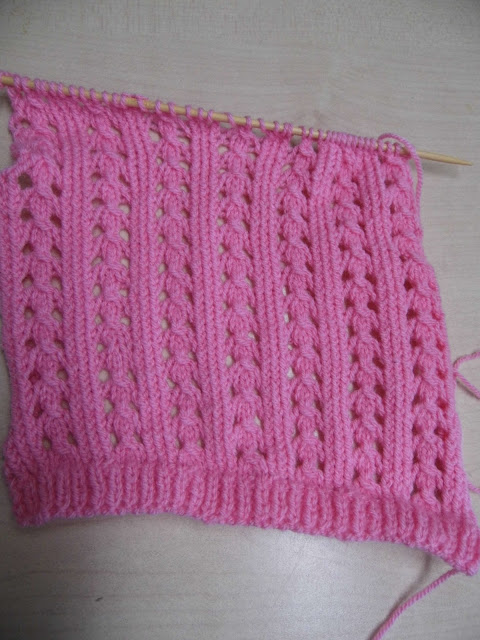