Both girls have had their birthdays this week, M was 14 at the weekend, so grown up now, she decided that for her birthday she want to meet up with a friend in town, go shopping and have lunch out. I met her in town to take them home and was surprised they only had a bag each, M had written out a long list of things she would like and I mean long! But what I hadn't seen was she had marked the things she really needed/wanted and the rest were maybes, she ended up getting mainly the things she needed. I was really impressed with this, we have been talking a lot about whether we need something or just want it, is the want something that you will enjoy for a long time, or a one of want etc. That buying stuff can give you a lovely feeling but where are you going to put it when you get home, does it have a home or is it going to end up annoying you.

L and I spent time painting some cardboard to create a scene for her horses. 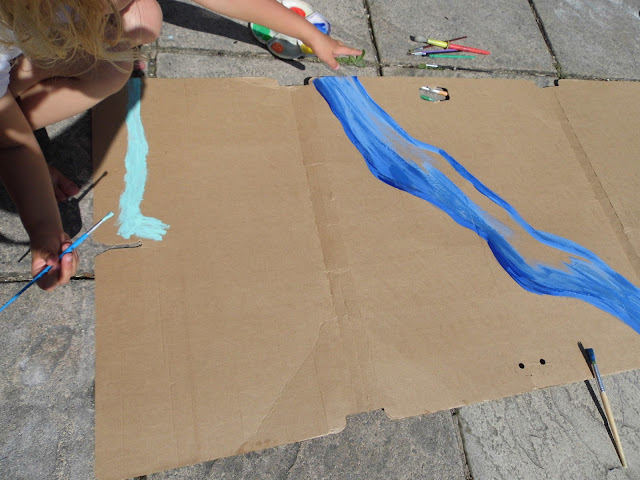 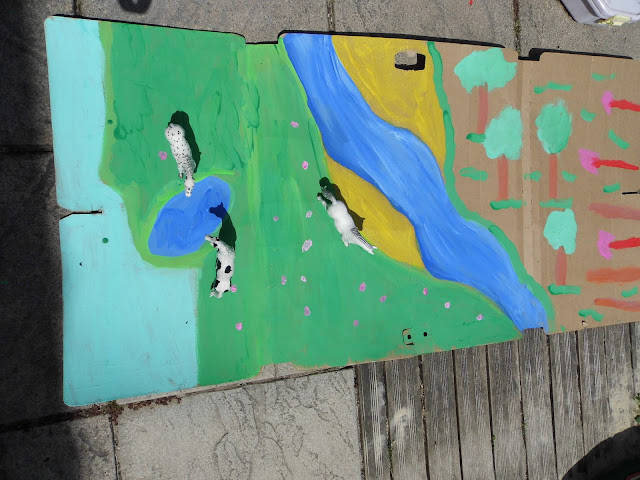 I love a beautiful perennial flower, especially if they seem to be fairly slug/snail proof and drought proof, penstemon do well on both counts and phlox seem to be fairly slug proof. I had some purple phlox and our local hardware store has had a nice selection of colours this year, a friend really like my purple one and said she would love a white one, luckily  the store had both and I also picked up this pretty pink one. 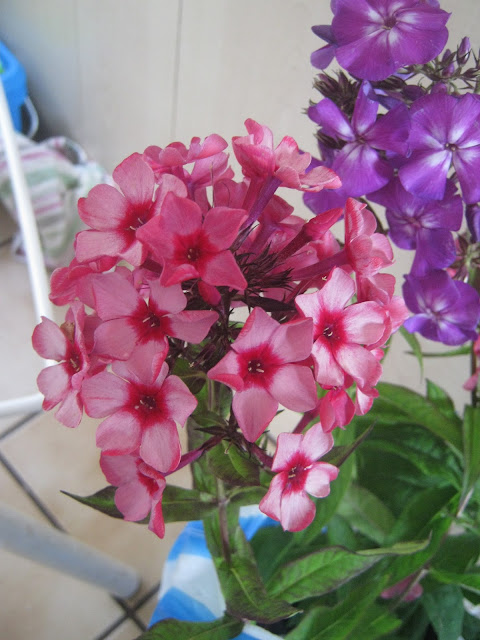 L's birthday was celebrated at home, she announced the day before her birthday that she would like a mermaid cake. She had for the weeks running up to her birthday been adamant that she did not want a birthday cake as she doesn't like cake. So I had planned to make cup cakes for them all to decorate as she loves to do this. Anyway change of plan but we didn't actually have a mermaid toy to decorate the cake and I wasn't going to have a lot of time to make cake in a mermaid shape, thought something with shells on might have to do. We have witches, fairies, princesses, pirates, dragons, unicorns, Pegasus but no fairy and nor did anyone locally, had shells and sea creatures to decorate but no mermaid and our cake shop is normally closed on a Monday. Anyway she had also requested to have the cornflour and water out, so thought we would take a walk, get the rest of the birthday food etc, walked past the cake shop to realise they were open, apparently they open once a month on Monday so she can do the paperwork, they only had one mermaid, one happy L and one relieved Mum! Anyway cake went well, it has to be dairy and egg free, well free from a lot of other things but they are the main cake ingredients we are allergic too 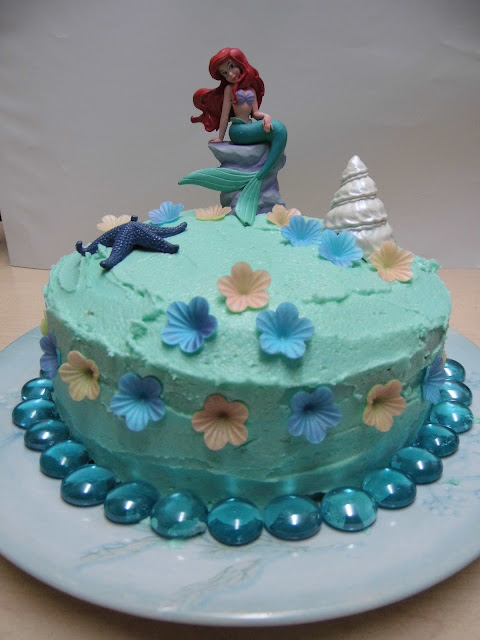 While waiting for her guests to arrive, L and minded child made some seahorse stain glass windows. 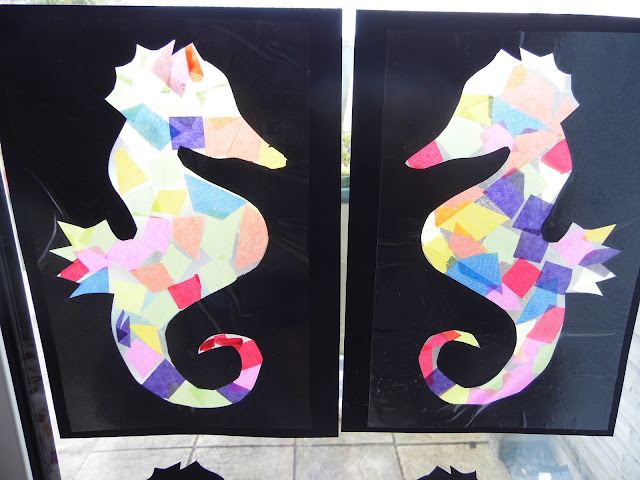 I decided to add some spray bottles with food colouring added to the water, to make the cornflour play more interesting. Well that has to be one of my better decisions and the easiest party activities ever! They had hours of fun with it all. 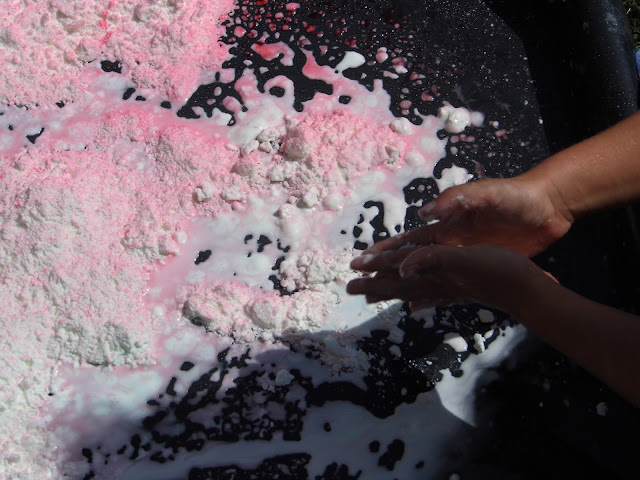 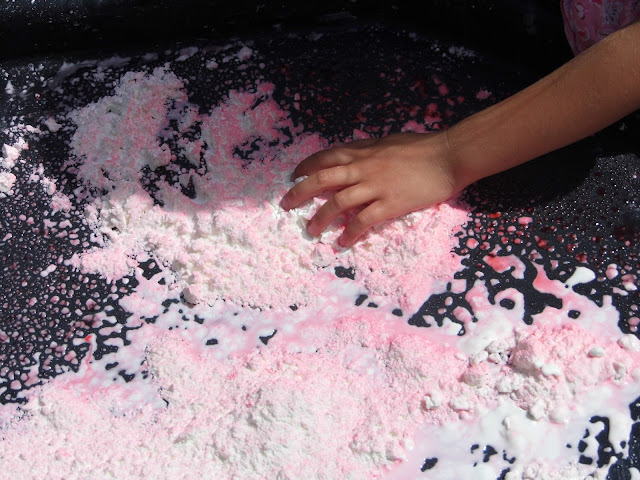 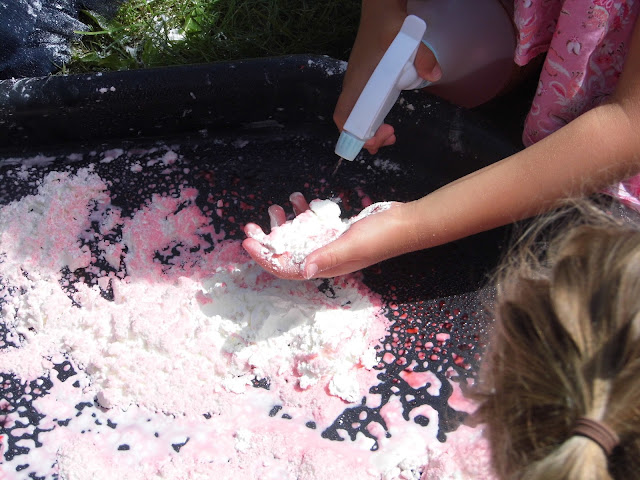 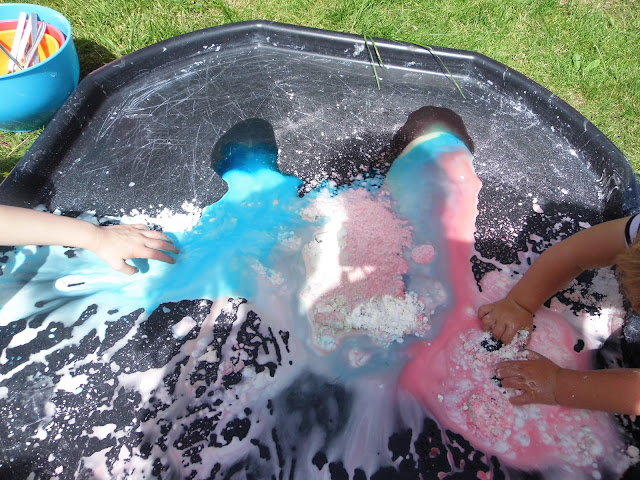 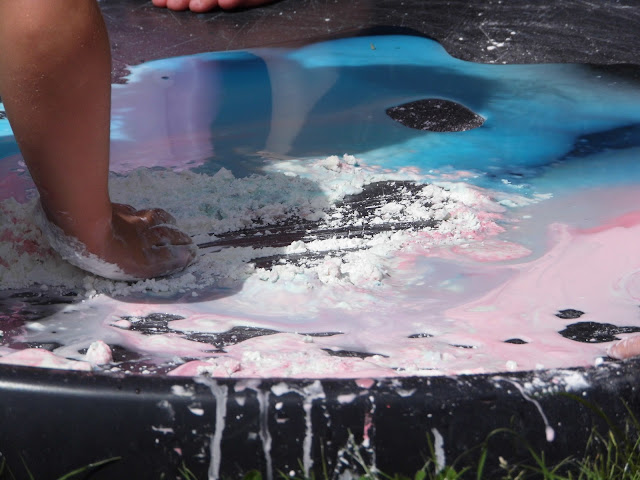 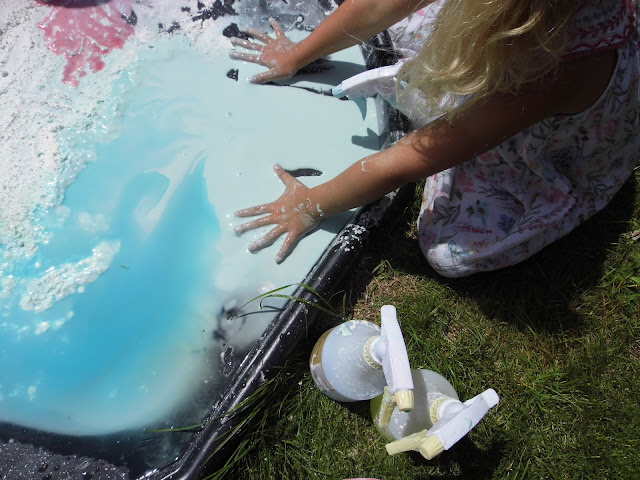 On Thursday we had decided to join a local home ed meet for a climbing session, M has been before and loves it, L wasn't so sure but thought if her sister was with her it would all be ok, that or they would both freak out together. Well L loved it , I took a couple of photos of M at the top of the wall but ended up with loads of L as I expected her to stop and come back down but she made her way up to the top, they loved the session and can't wait to go again. They were very tired and asked if they could watch a video, so thought I would have an extra birthday treat and watch the new Beauty and the Beast, it's lovely to see them both cuddled up on the sofa together. 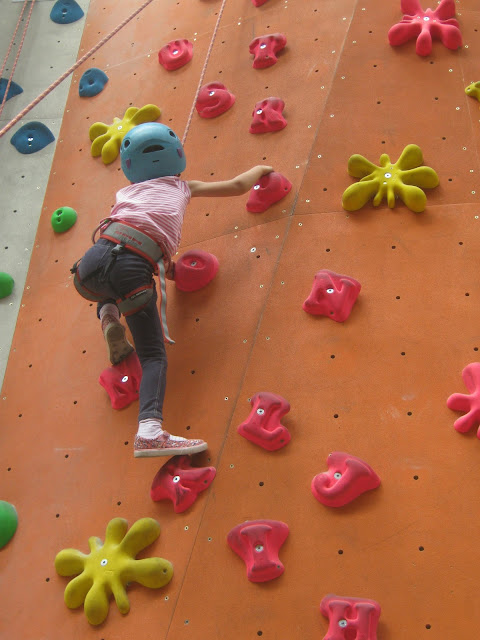 We seem to have a bumper crop of kale this year and was asking O's girlfriend if she would like some to take home, anyway I then asked if she had ever had kale crisps, no but would like to try some, so we went up the allotment picked some and made some, the result was strangely weird but grows on you! L wants me to make some more, so they can't be that bad. We ripped up the kale discarding the main stalk, washed it and dried it, drizzled with some olive oil and mixed in some salt, baked int he oven for about 8 to 10 minutes at Gas Mark 6. 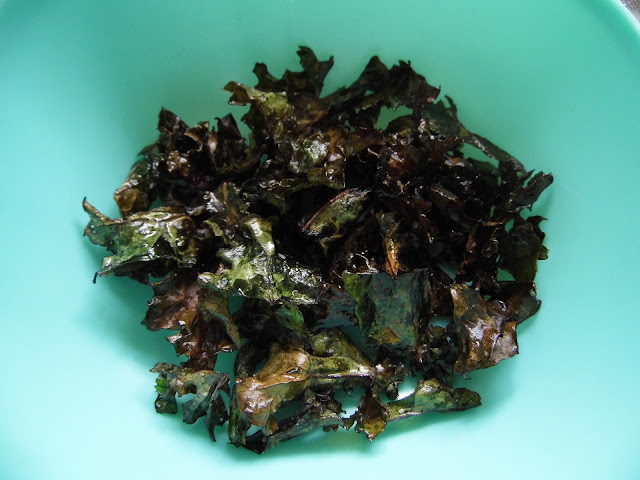 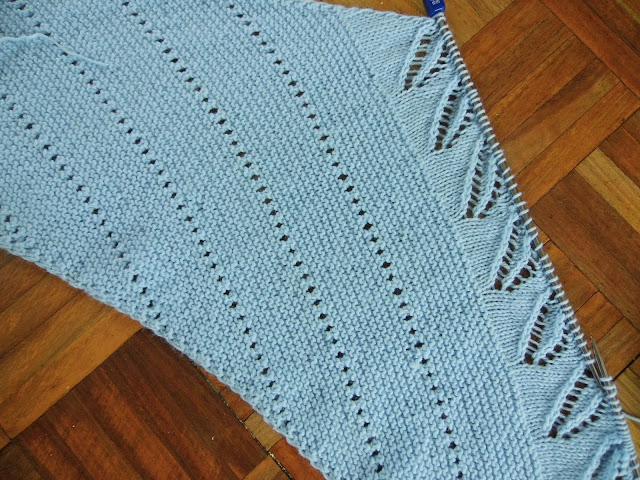