So last Monday saw us reading lots of stories including Ferdie and The Falling Leaves, which led on to a discussion about why leaves change colour and fall of the tree. We talked about how plants and trees can make their own food in their leaves by using the water that the roots suck up like a straw and the sunlight, the children were very impressed with this and thought trees were very clever to make their own food. Didn't actually get round to the initial question of why leaves fall of the trees as the making it's own food really interested them but sure we will get round to answering it at some point over the next couple of weeks. Did managed to find a nice diagram in one of my books for them to look at. After that we had some crafts out, I had printed out some of these autumn tree printable for them to use with tissue paper and various stickers I had. We talked about the different colours they might see at this time of year and they chose the colours to match. 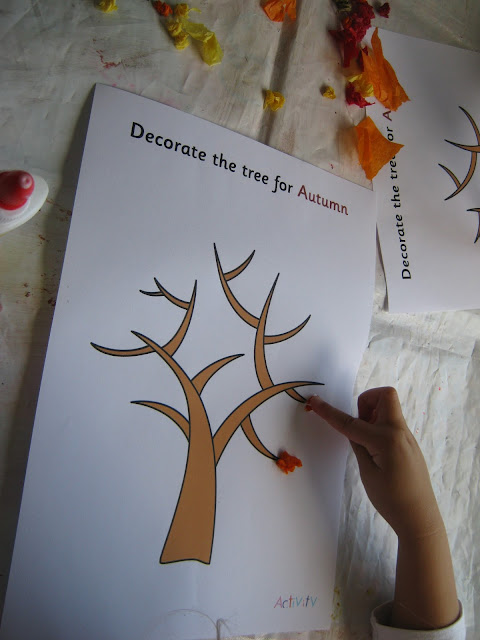 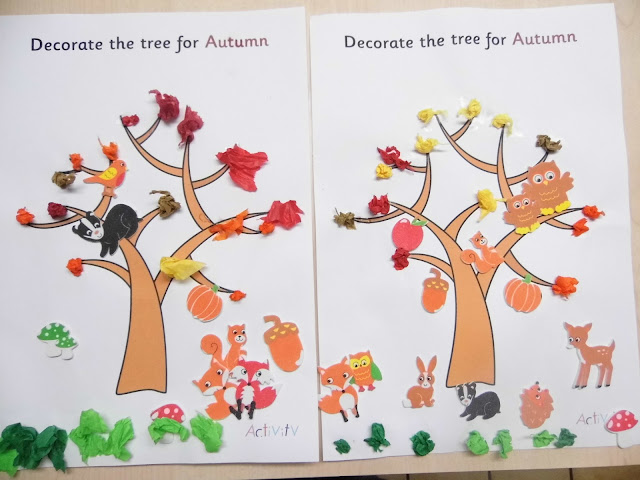 They enjoyed themselves and asked me to print of some more sheets for them, which I did and a colouring in sheet, which they added stickers too 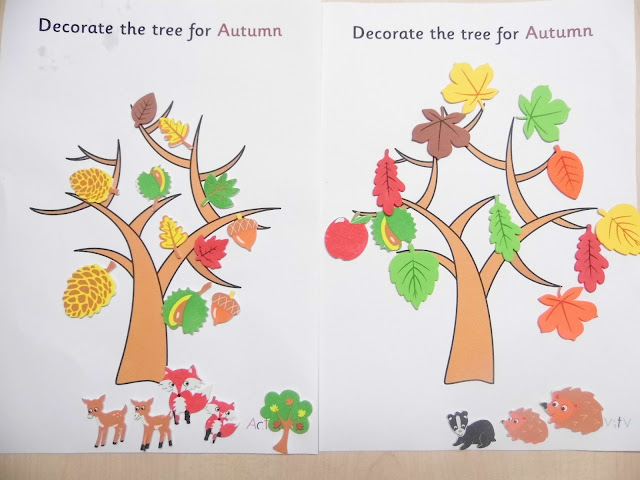 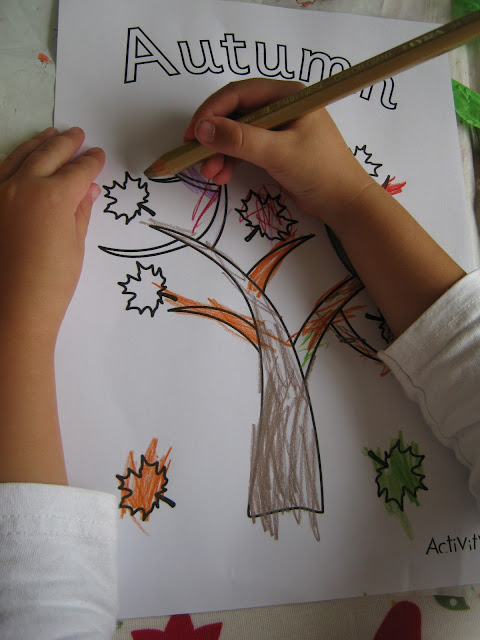 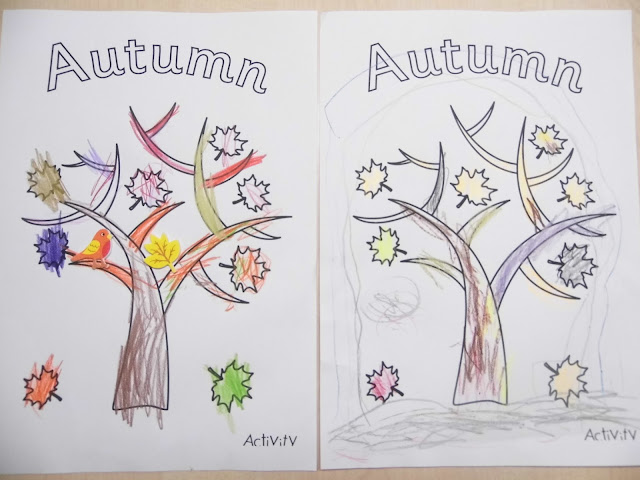 Lots of time spent in the garden playing with the baby dolls and food, followed by some pattern making. We used lollipop sticks and to start with they had to try and copy the pattern from the book, which wasn't as easy as they thought, then of to make their own patterns and pictures. 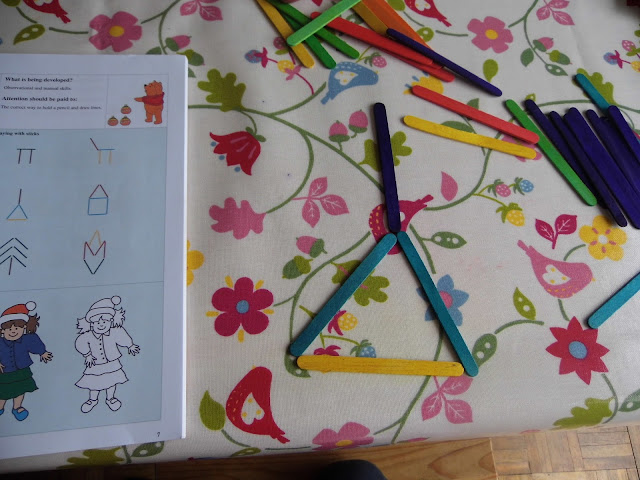 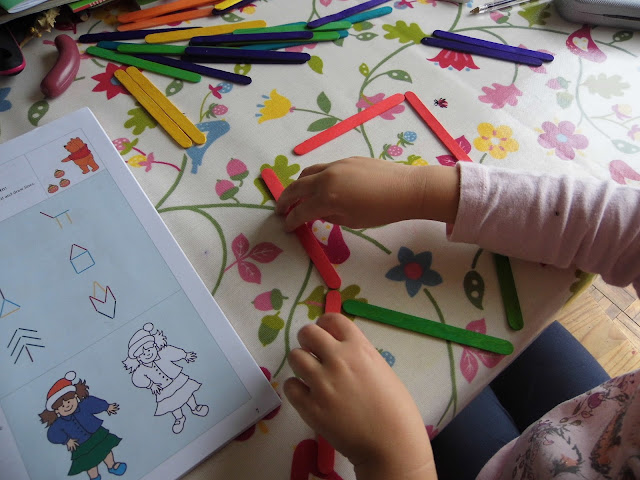 Tuesday we spent the morning building lots of towers, reading stories and doing some puzzles, we spent the afternoon in the park, meeting up with friends, finding some conkers on the way home. Wednesday we put together an Autumn display, which they have enjoyed playing with and then a walk through park land, looking at how tall some of the trees were, the different shapes, had some running races to different trees. Found some trees that had branches cut of them this year and compared them to those that had been cut of years ago and talked about how the tree continues growing over the cut of part. Then spotted moss and lichen growing too, then they saw some holes in one tree and started telling stories about who lived there. 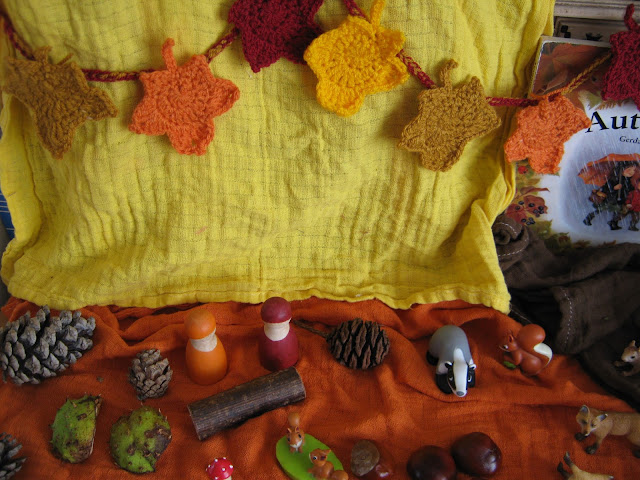 M and I set about making some window stars in autumn colours and I made another transparency to go with them, they have made our patio door look rather lovely. Really want to try and find the time to make some more, M is making more stars to go around our Autumn wall display. I put together a tutorial for these window stars last year, if you want to try and make them yourself. 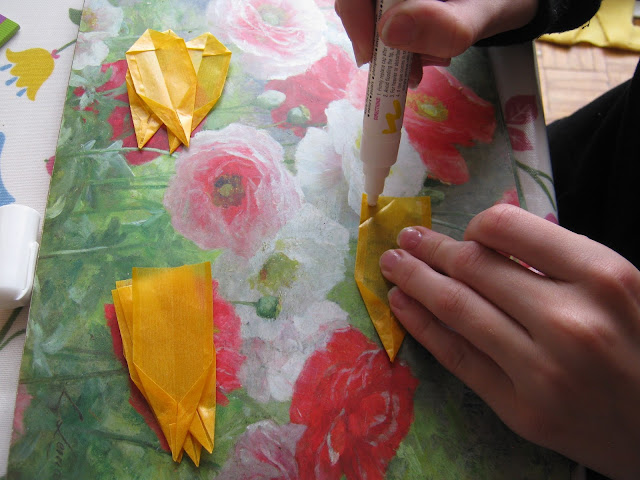 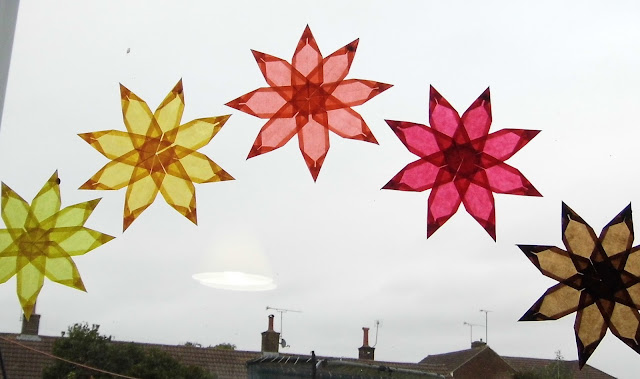 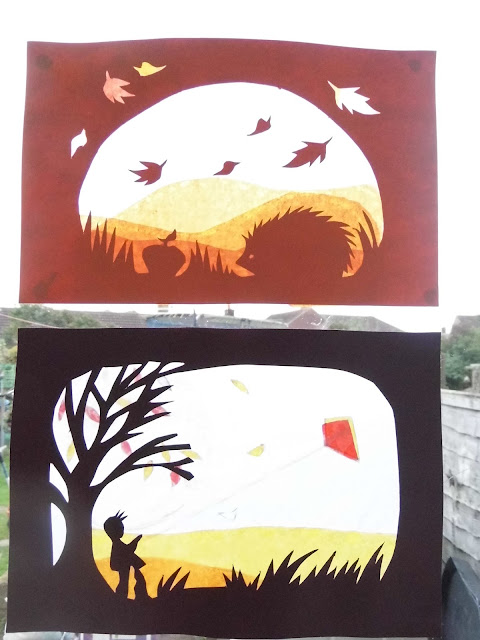