Over the last few weeks we have been looking at China and the celebrations around Chinese New Year. So here are some of the things we have made and looked at.

We started looking at Chinese New year by reading Firecrackers and Lanterns which is a nice introduction to the festivities. Then we watched this lion dance and dragon dance and they where amazed by what these lion dancers could do, lots of chatter about balancing and strength, I explained that they would of had lots and lots of practise to do this. They have asked me to make them a lion dancer costume, glad they think my skill are up to that but I am not so sure! Instead they made there own dragon mask and then using a mixture of silk and chiffon squares made up their own costume, followed by lots of giggles as they danced around the house trying to keep everything on. 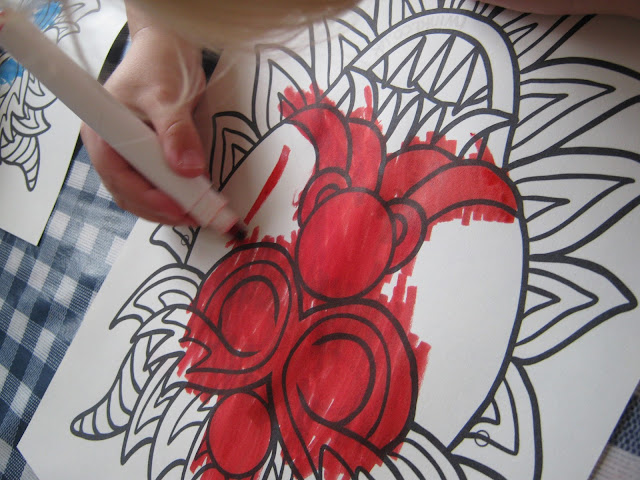 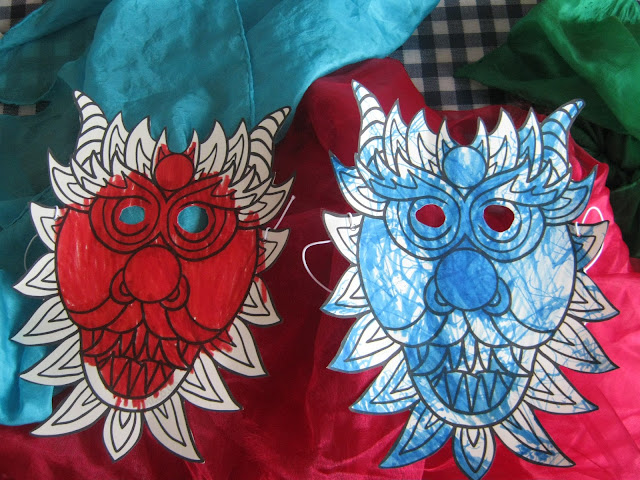 We enjoyed the Dragon Dance book, beautifully illustrated and lift the flaps too, which my children love. Having read, watched and danced various dragon dances I asked if they wanted to paint some dragons, which was a yes. We looked at the colours that were used for the dragons and the children found the paints to match, these were their dragons 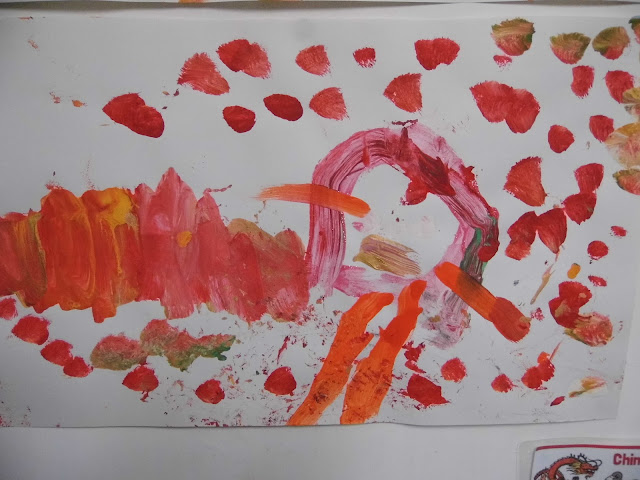 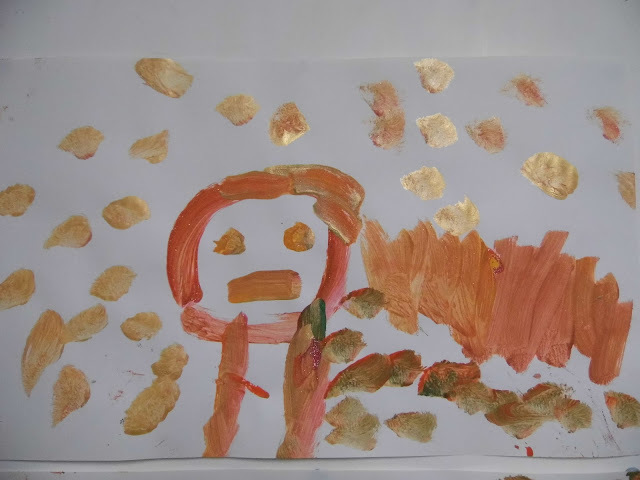 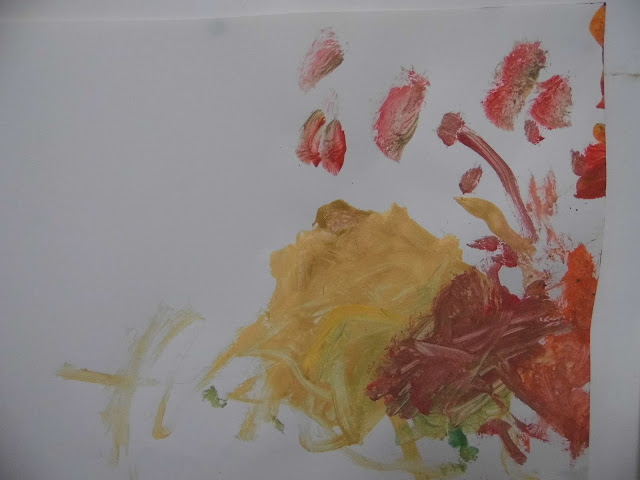 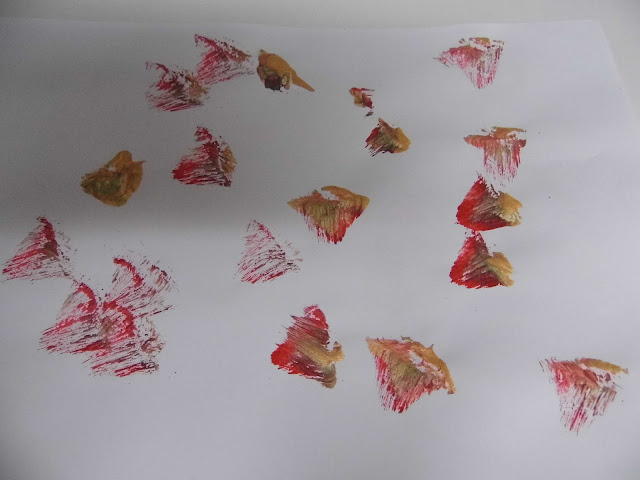 We've had some nice walks and have already spotted some trees with blossom appearing, so thought it would be lovely to look at various Chinese blossom paintings and for them to create their own. They used a mixture of paint and tissue paper, they loved trying to make different shades of pink and brown by adding white to the paint. 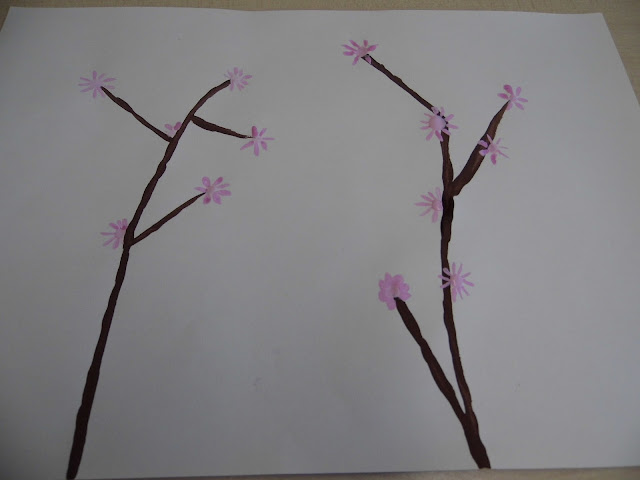 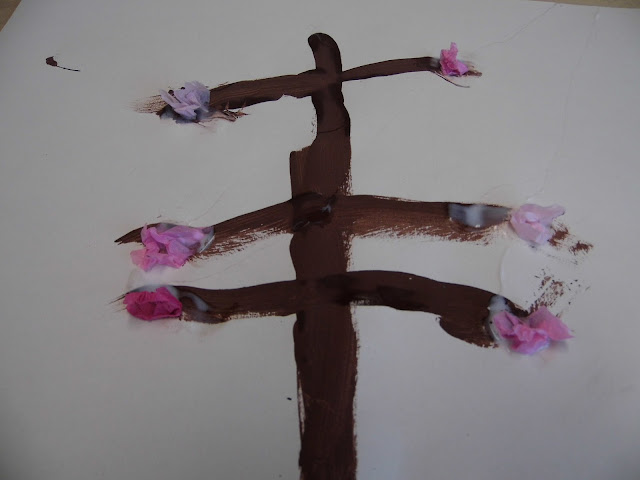 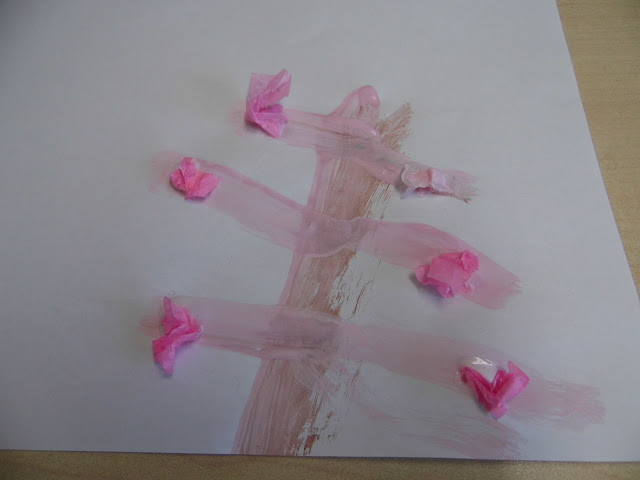 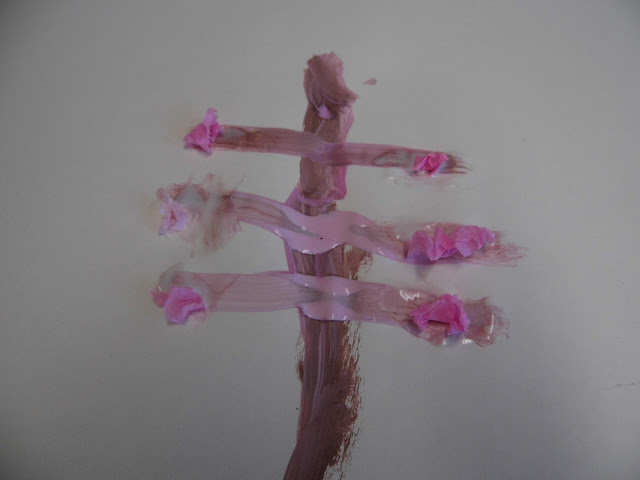 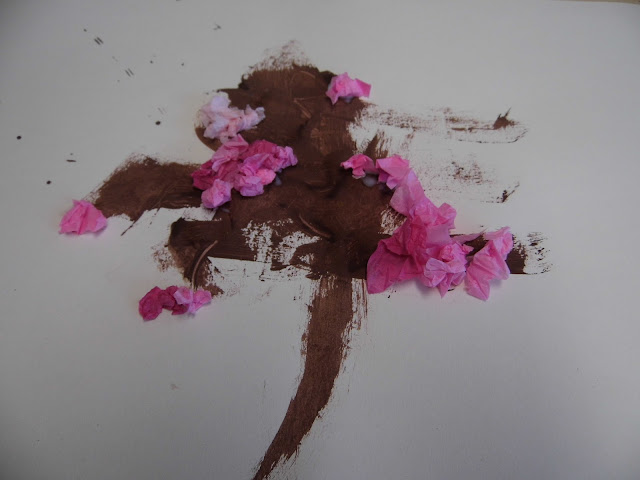 We've also looked at some fact books on China, finding where we live on the map, where China is and some of the other countries we know. We compared their flag with our own looking at the shapes and colours. Then out came some of our dressing up clothes, I have a few traditional Chinese costumes, that they enjoyed trying on. They have looked at and tried to copy some Chinese writing and I printed of the Chinese numbers, M especially enjoyed trying to pronounce them and learn one to ten in Chinese by heart. We added them to our display. M has come up with a variety of facts to do with China - the worlds first paper money was invented there, the Chinese year is based on the lunar cycle and apparently 1 in every 3 socks we own are made in China, Mandarin is the official language. The two main rivers are the Yellow river and the Yangtze River (which is the longest river in Asia) 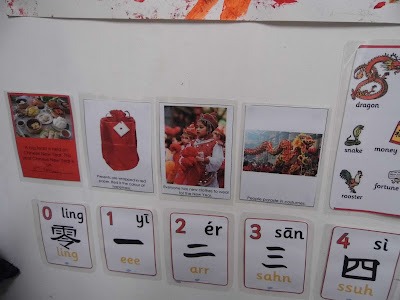 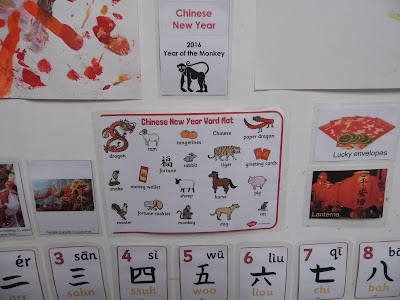 The Magic Paintbrush is set to become another firm favourite with the children, they love the rhyming and the different emotions expressed throughout the book and I have thoroughly enjoyed the telling of it. We also read The Great Race which tells the story of how the animals where chosen for the Chinese zodiac, they have then enjoyed there own races up and down the garden.

Other things we could of done is to look at the natural habitats of China, animals that are specific to China like the panda, looked at the all the animals from the Chinese zodiac, cooked and tried lots of different Chinese foods.

Now of topic completely, before Christmas L and I cut up a box and made a doll house, which she enjoyed painting. It has been used as a dolls house, bunk beds for the Barbie dolls, a double cot for the baby dolls and has been attached to the pushchair to create extra seats. Love the versatility of a cardboard box! 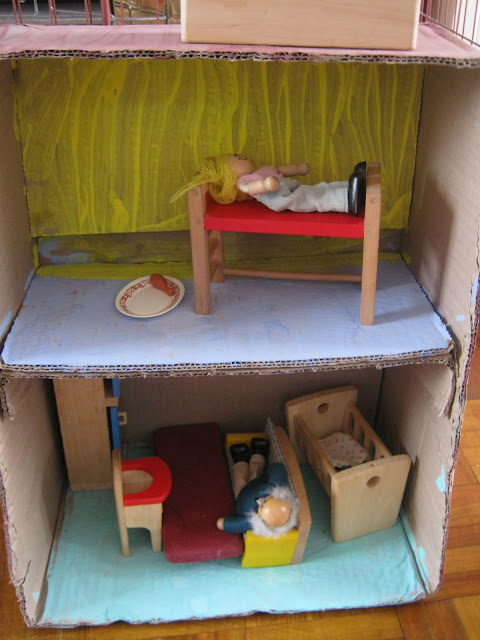 The blocks and arches have been played with lots, they have made lots of little houses and they go and visit each other for tea etc 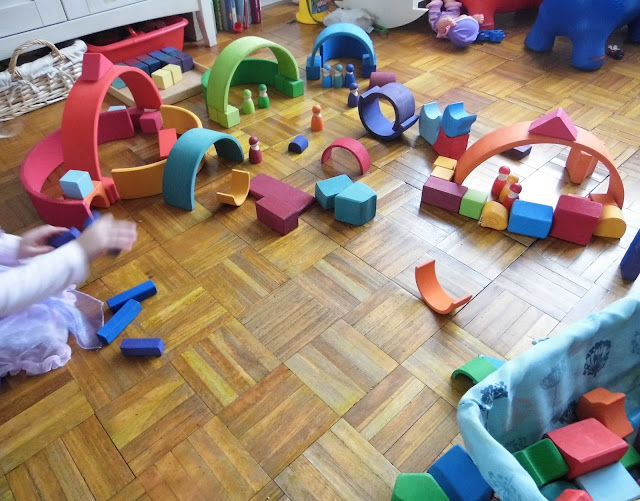 Understanding the world - People and communities, The World, Technology

Expressive arts and design - Exploring and using media and materials, Being imaginative.
Posted by Helen B at 09:47

Email ThisBlogThis!Share to TwitterShare to FacebookShare to Pinterest
Labels: Around the World, art and crafts, books we enjoy, celebrations and festivals