Having had so much rain recently I thought we would have some more fun with water but not puddle jumping this time. The children and I spent the morning making different types of boats. 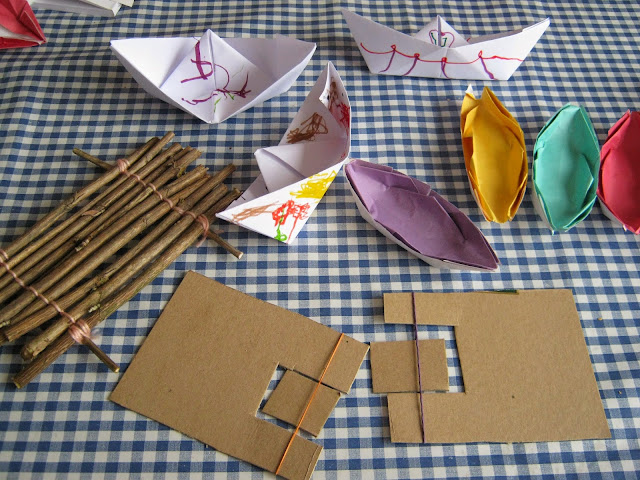 We started of with some paper origami ones, 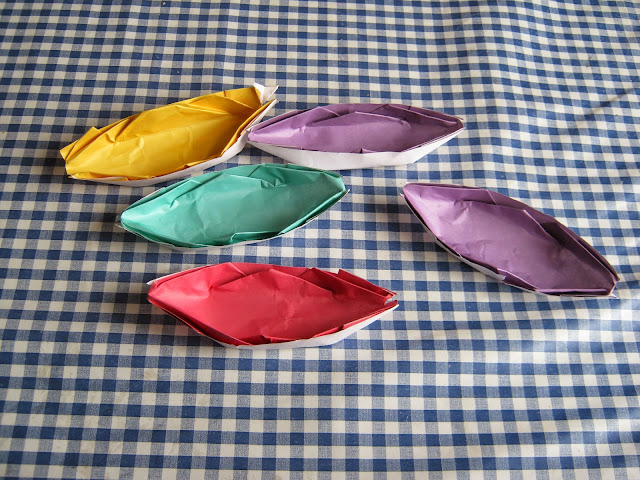 The children managed the first few folds on their own or with just a little help but as it got further on, we worked together to complete the boats. 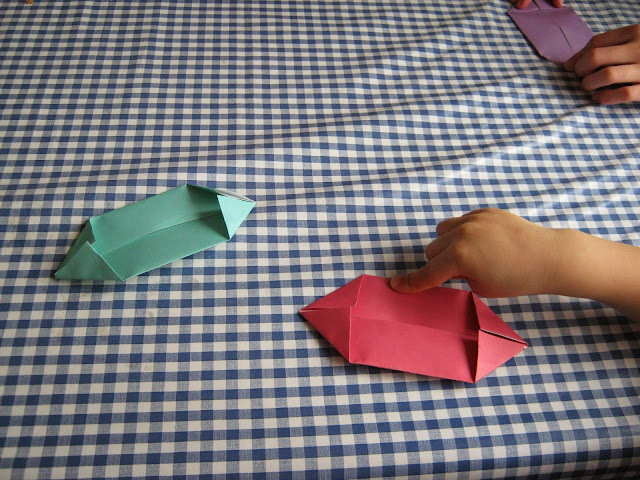 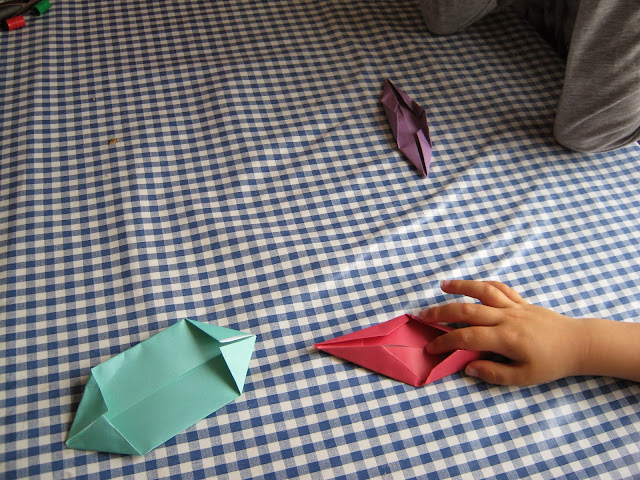 We then used some A4 paper to make your traditional paper boat, they then decorated them with felt tips. They were very curious as to what might happen to their pictures when they got wet. 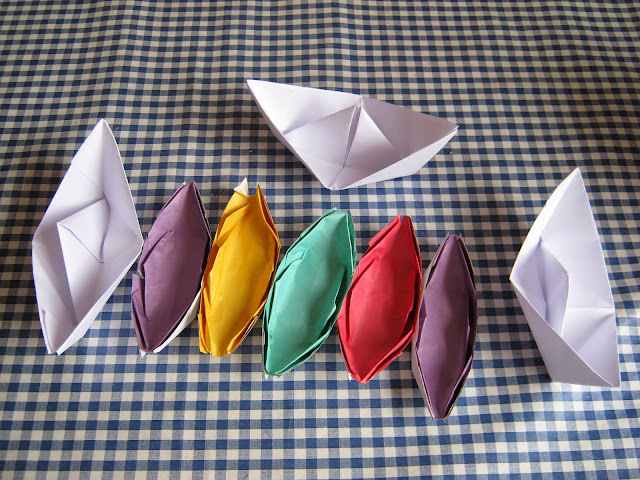 We then cut up some sticks to make a raft. 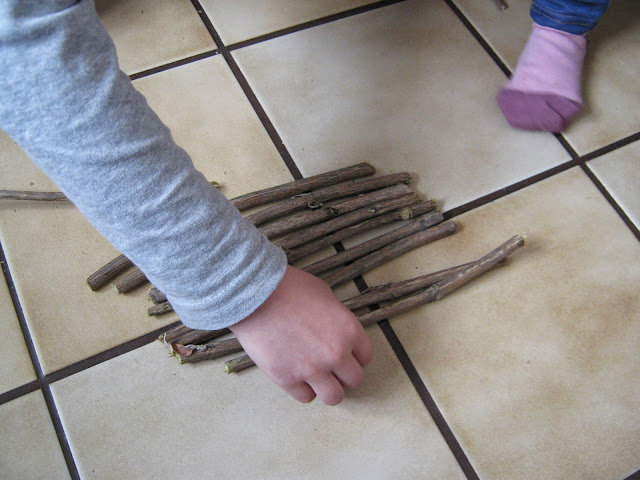 We tied the sticks together with some wool. 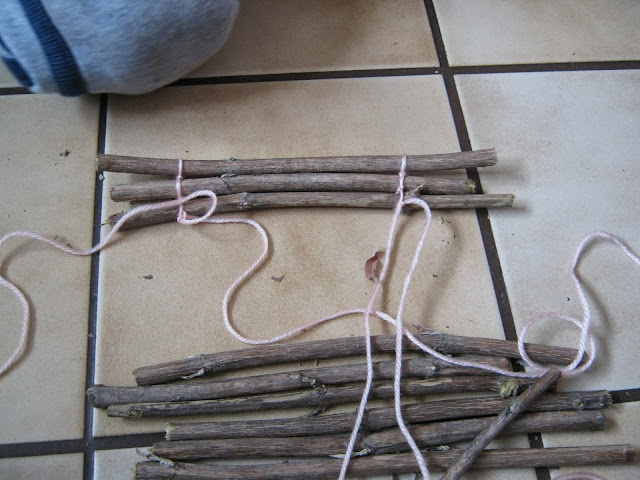 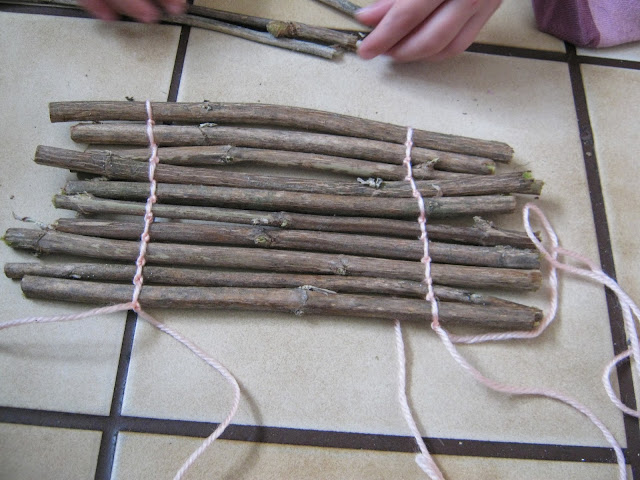 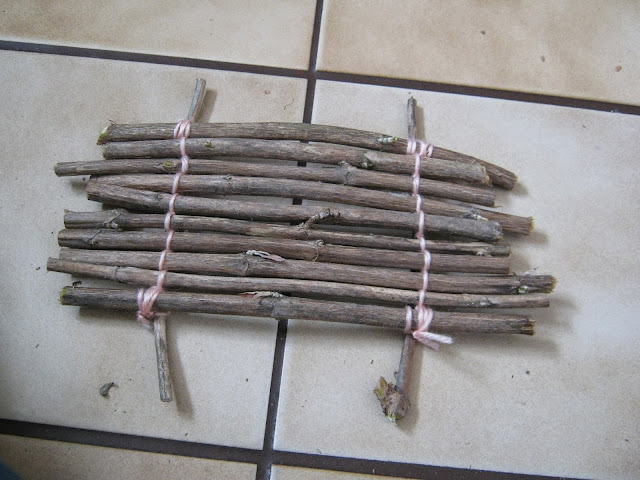 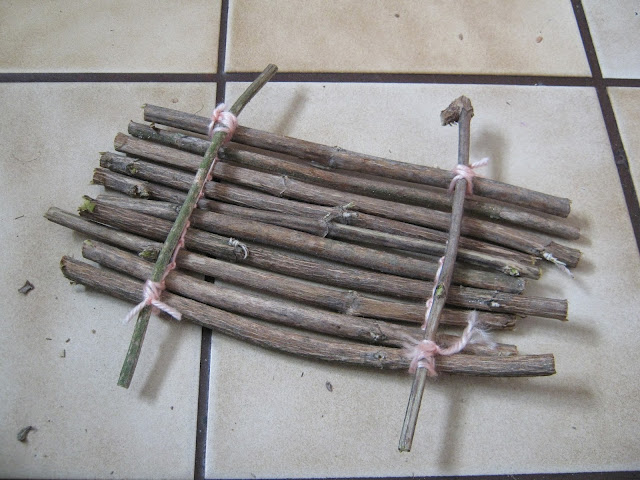 I then cut out some cardboard rectangles, cut out a paddle shape from the back and trimmed it so it is slimmer than the gap. Wrap an elastic band round the outside of the cardboard and fit the paddle through the middle of the band and wind it up, 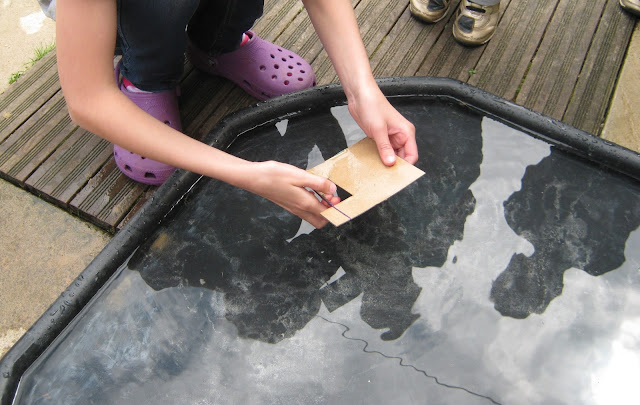 you can then launch your paddle boat and of it should go, they quickly discovered that depending on which way you wound it as to whether it went forwards or backwards. 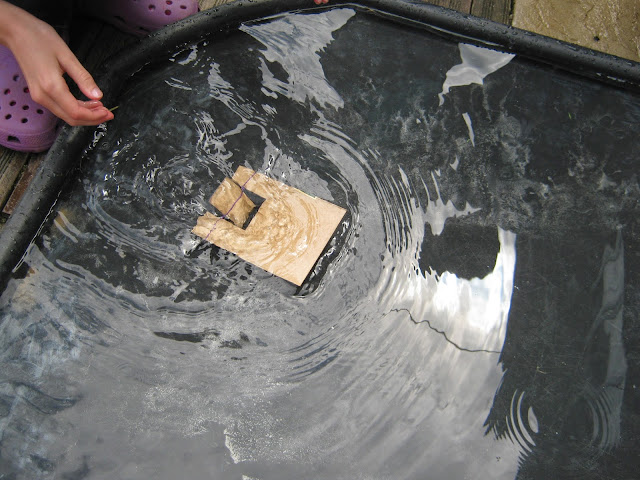 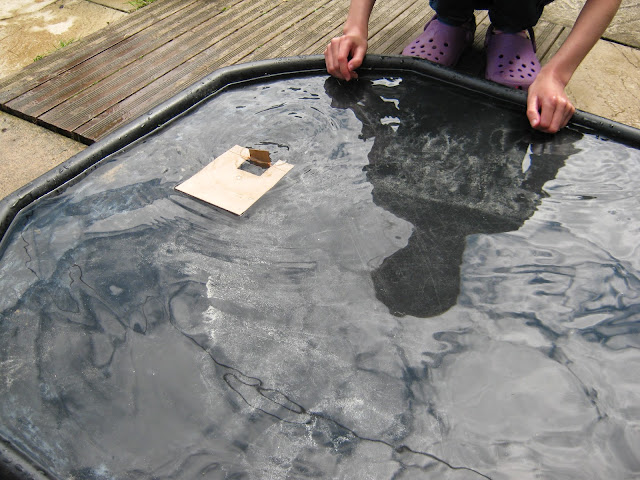 They spent ages playing with them, I had to cut some more cardboard out because after a while they get rather soggy.

Much to the children's amazement the raft floated and the lego man stayed safe. 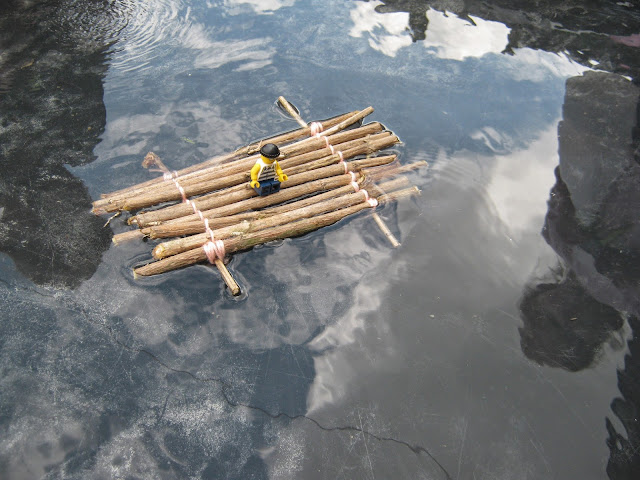 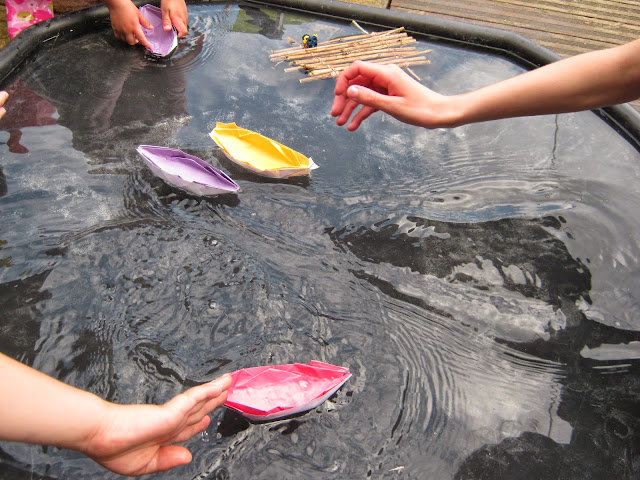 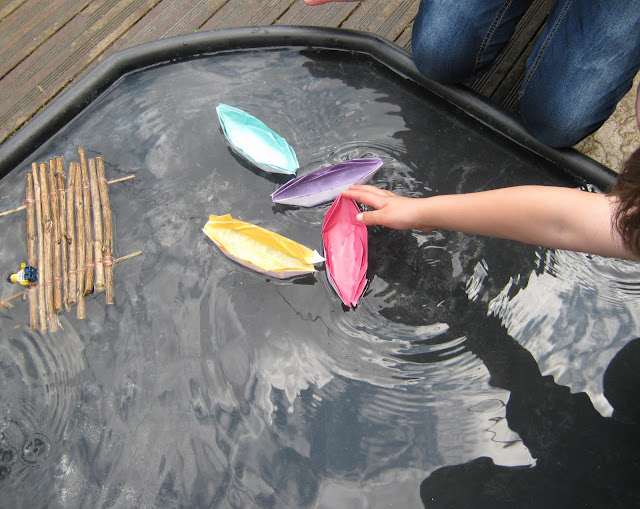 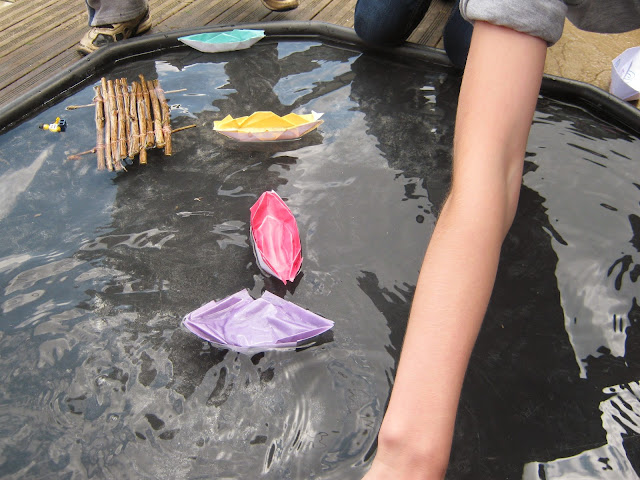 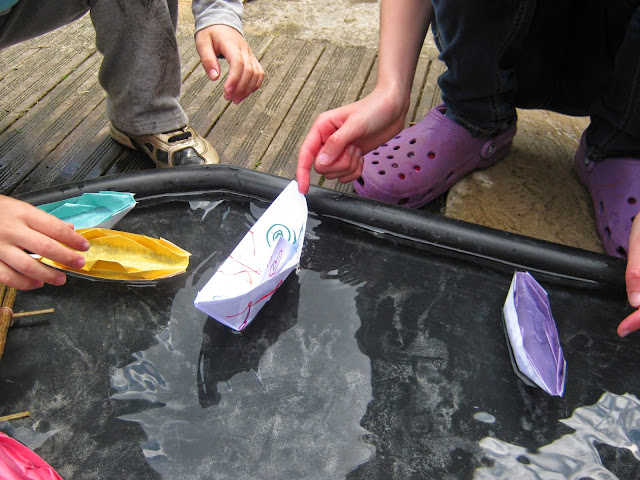 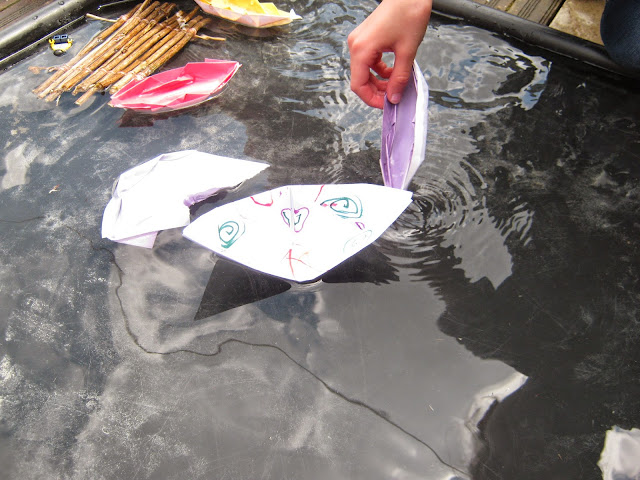 They had so much fun that I will definitely be doing this again, I am tempted to get some of this waterproof origami paper and see how well it does work.
Posted by Helen B at 12:05