I set up our sensory tray with a variety of animals from both polar regions, we have made a start reading through some of our polar books.  We have also been working our way through the Frozen Planet documentary and on Curiosity Stream we found a wonderful penguin documentary called Penguin Central, looking at 4 different locations around New Zealand. 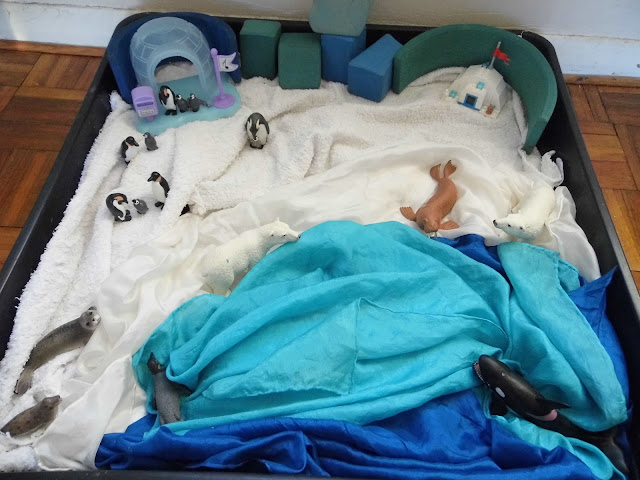 L spent some time building an igloo out of lego 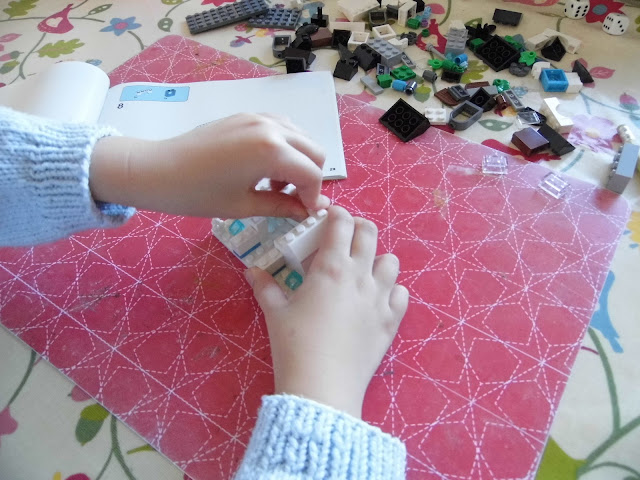 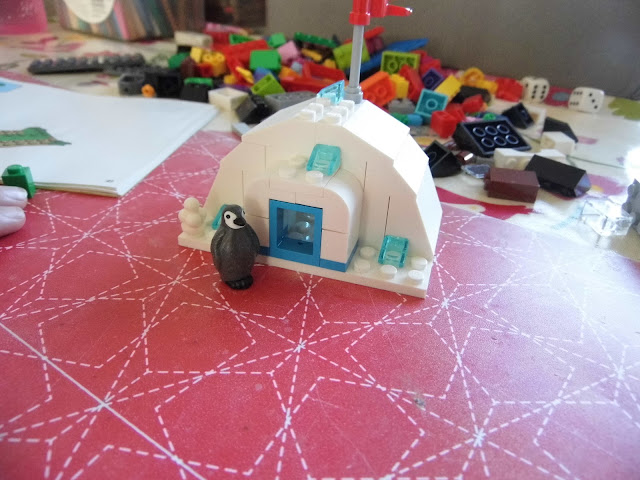 and then attempting to make one out of marshmallows, not easy! 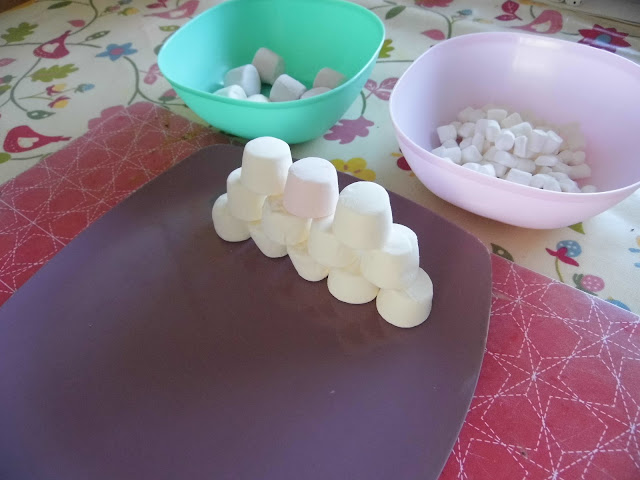 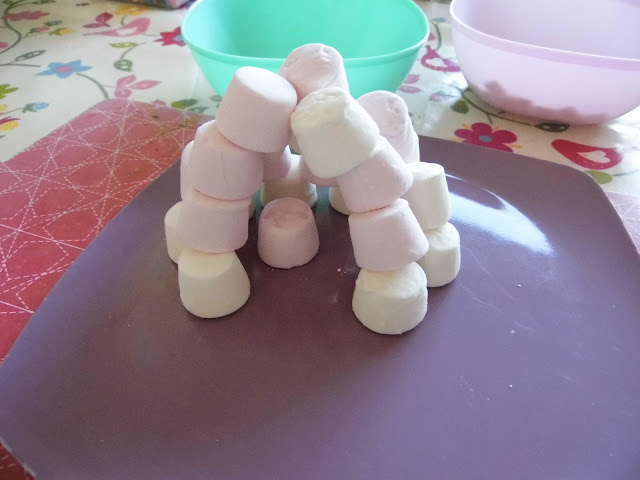 On twinkl we found some lovely polar yoga cards, so I have printed and laminated them. I have also bookmarked cosmic yoga polar bear and penguin sessions to use later on. 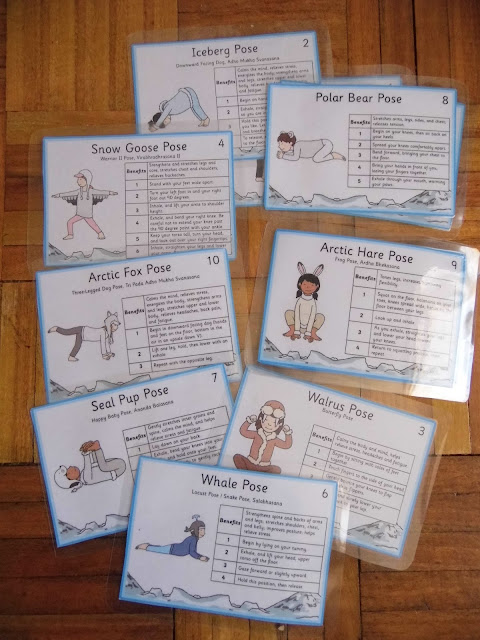 I have found out some more books for L to read, I've also bought her Eve of the Emperor Penguin, I hadn't realised that the magic treehouse now do books for the older reader as in 7+, we have read lots of their younger series and enjoyed. 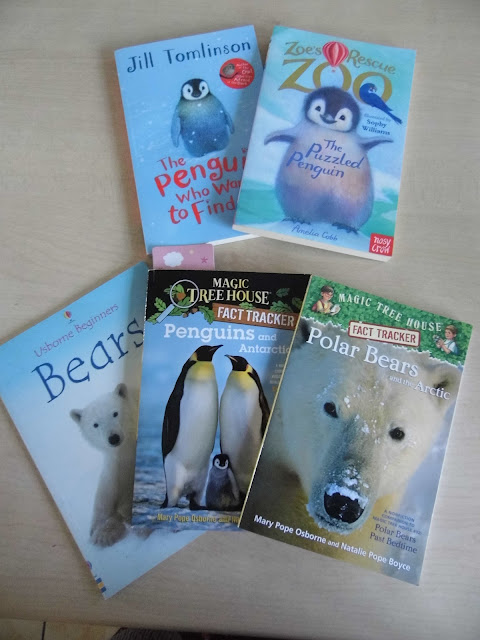 We've also mapped the climate across the world using a Mystery Science lesson. 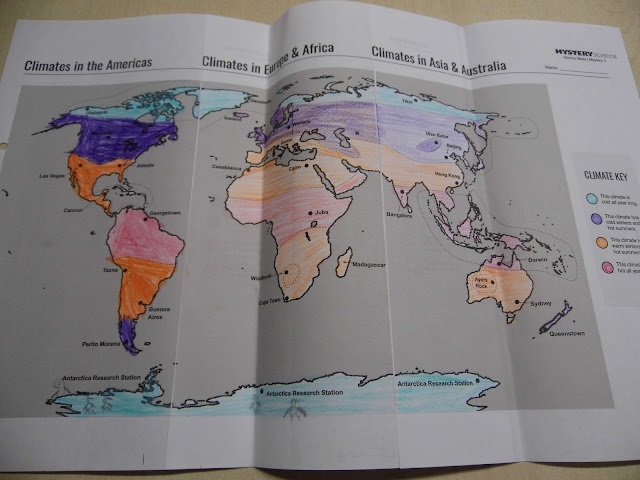 We have also been looking at colours, starting with primary colours, the secondary etc, L loves to mix and experiment with colours, so thought we would have a play again with skittles. Place skittles on a plate in a pattern, add some water and wait and see the colours emerge. 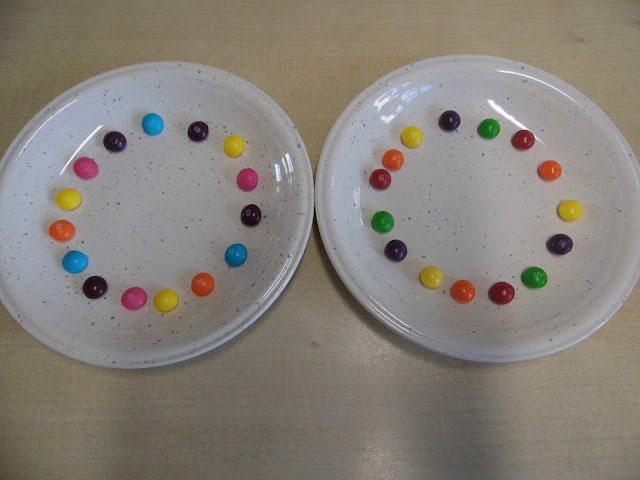 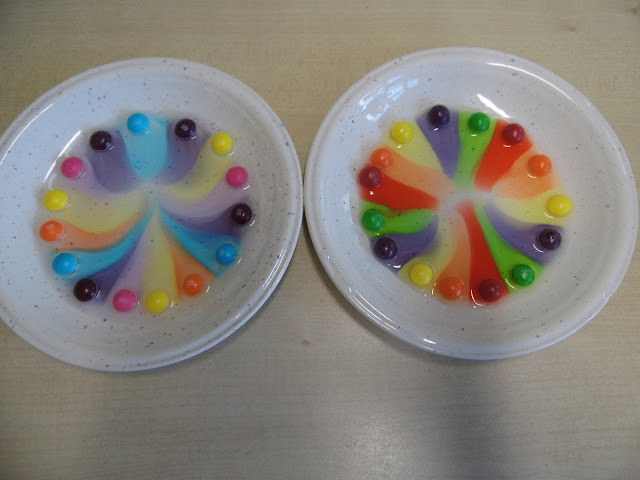 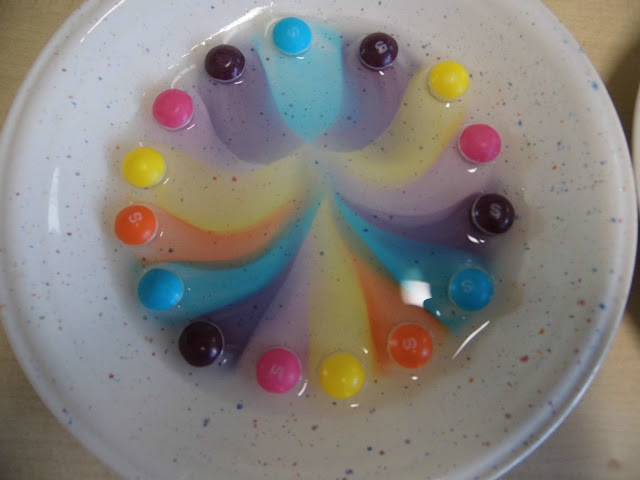 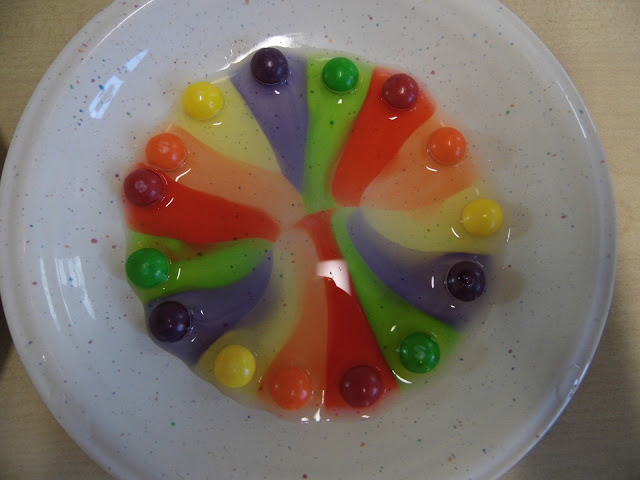 We have used some of the sheets from Evan-Moor's Teaching Children Art, looking at how overlaying colours can create new ones. 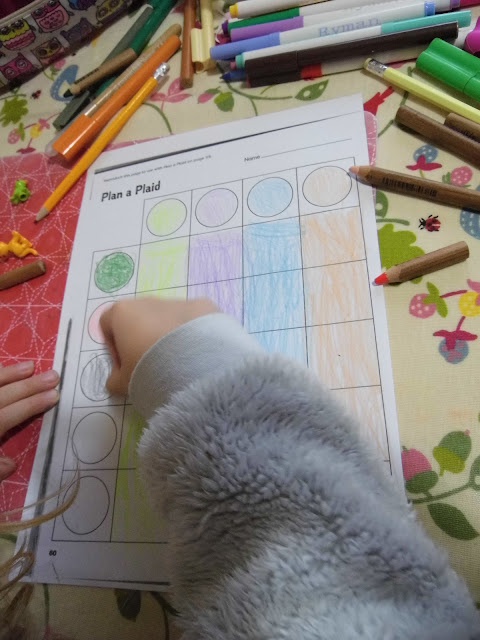 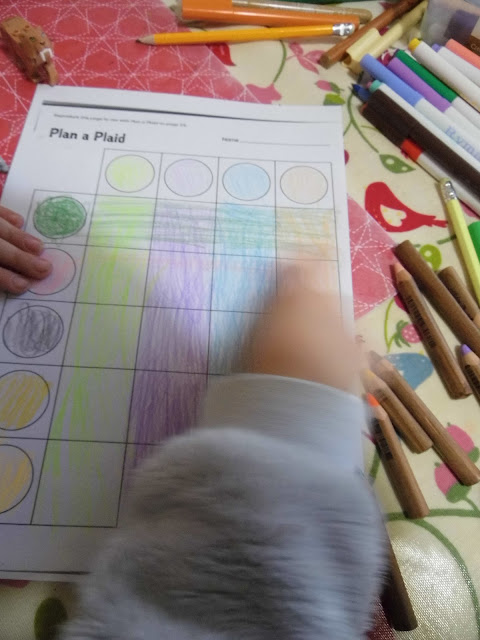 We have also been creating a colour wheel, starting with primary colours and then working through to tertiary colours. Then on another session we had the paints out, my idea was for L to enjoy mixing the different colours and painting her own picture but actually she wanted to recreate the colour wheel with paint, drawing it all out by hand. 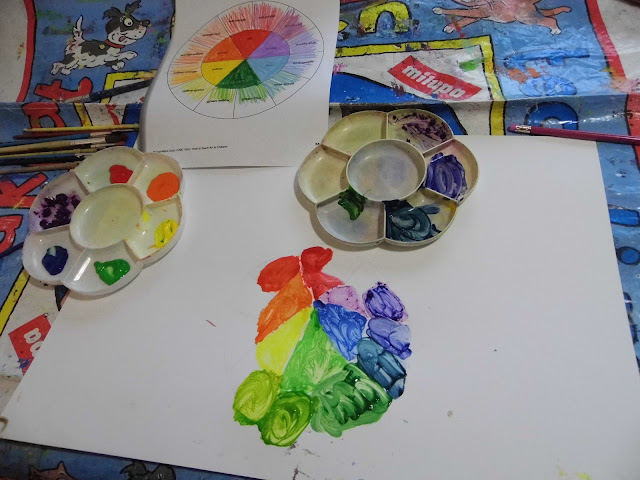 We have an amazing games shop in our town, we popped in before Christmas and asked for some recommendations, they are spot on with what they suggested. Game one was Carcassonne, a strategy game that we are all enjoying playing and then Timeline, a brilliant game causing lots of interesting discussions and time after researching various facts! 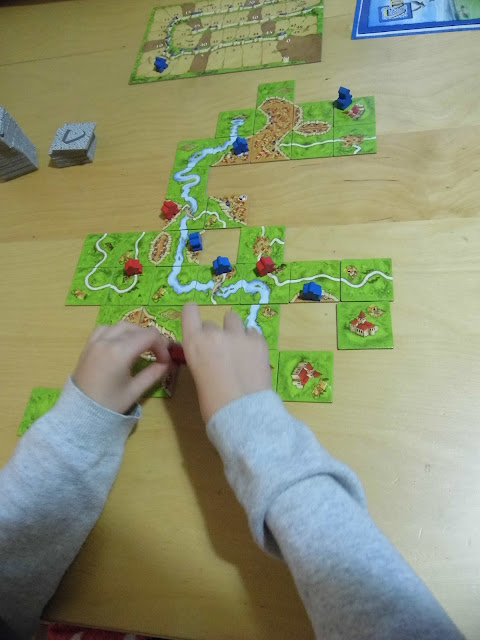 Our art class this week was based around Gyotaku fish, it apparently dates back to the 1800s when Japanese fishermen wanted to create a record of their fish they caught, so they literally printed the fish. Printing in today's session used cardboard, foam shapes,bubble wrap and textured wall paper. L also made a cat shape but then decided to she didn't want to ruin it with paint! 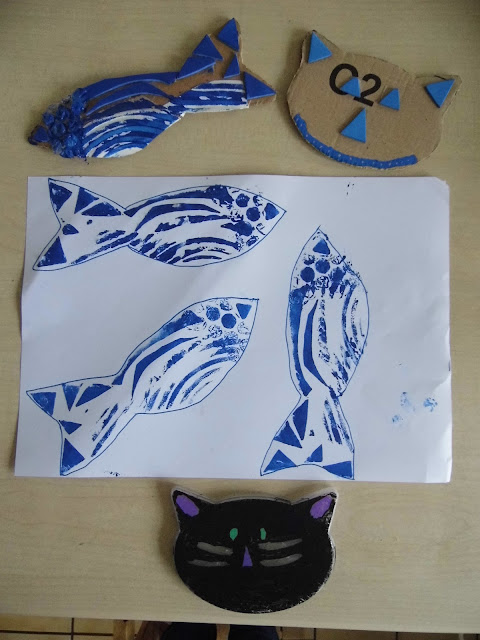 Email ThisBlogThis!Share to TwitterShare to FacebookShare to Pinterest
Labels: Around the World, art, books we enjoy, science, tuff tray ideas