I've come across lot of talk of children playing with water beads and decided to get some as they seem to have gone down well with other children. They were a huge hit! The first time we used some, I let them swell up over night, so they had some to play with straight away but I also emptied a packet into some water when the children arrived so they could see how much the beads grew. They kept popping over to look a the tub to see how much bigger they had got.

So this week we hydrated 5 packs for our play session including some clear beads. The clear beads are great, we put them in a separate pot to start with because when they are in water you can't see them unless the water moves. The children were surprised that there were beads in the pot and there were squeals of delight when they put there hand in and felt the beads that they couldn't see.

In case you haven't come across water beads before, they are used for flower arranging but are safe to handle etc but I wouldn't use them with the babies particularly if they like to put everything in their mouth.

This is a before and after hydration. 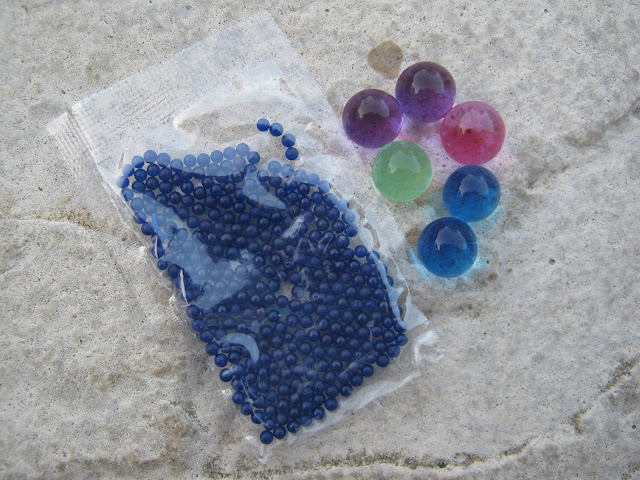 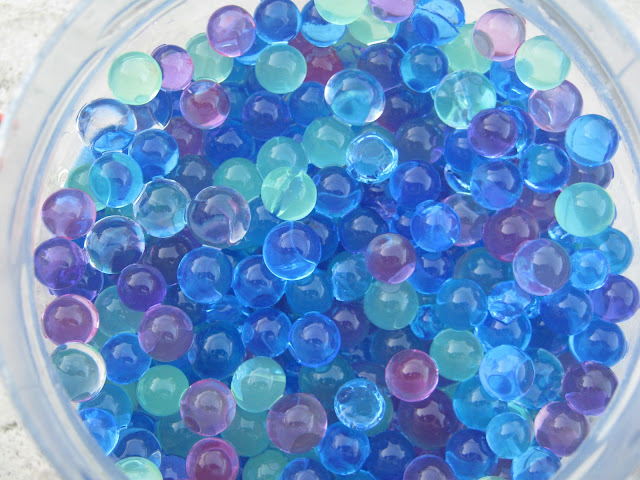 In between play we store them with a little water in a large pot with a lid. 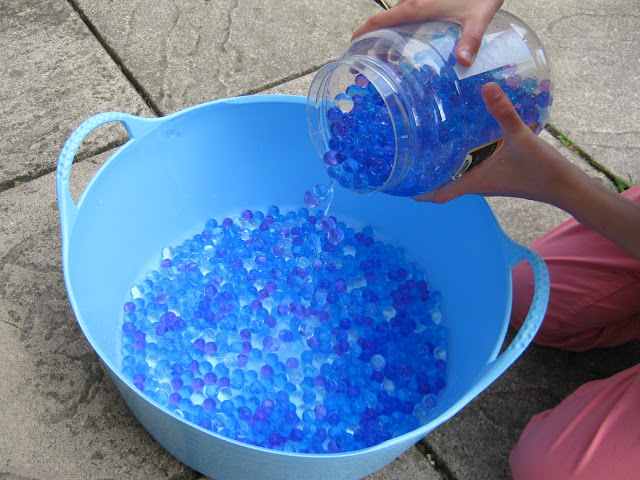 So for today's play session, we had 3 different sized water trays, one empty, one with the water beads and the other set up with the sea animals etc, as well as the toy boats and different containers. 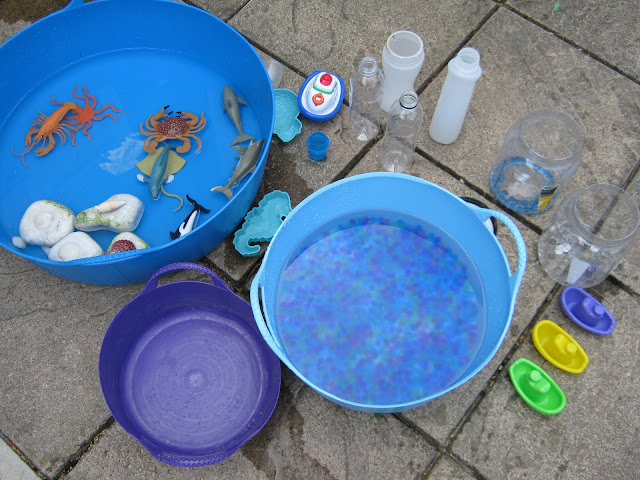 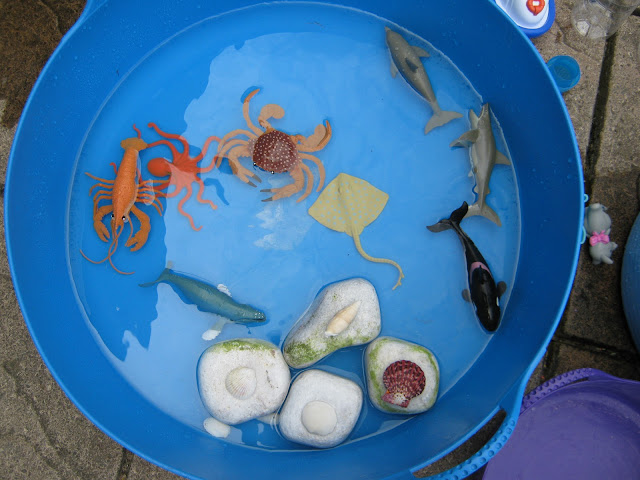 They spent a long time just filling up different containers and pouring them either back into the main tub or into other containers. Seeing how heavy they made the bottle, comparing the size of bottles, counting how many bead would fit in a bottle, never did find out, it's rather a lot anyway! 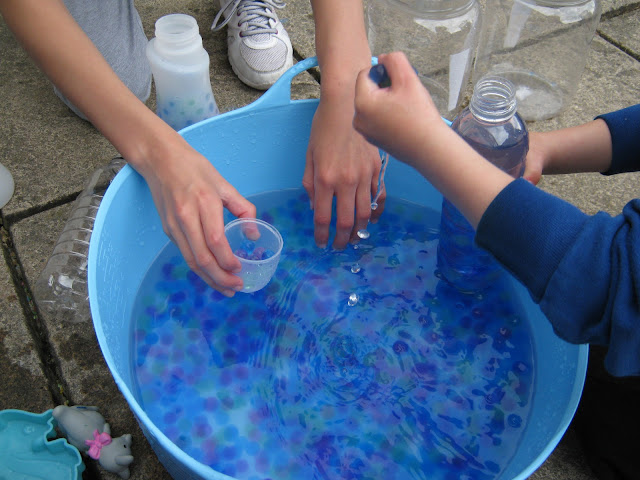 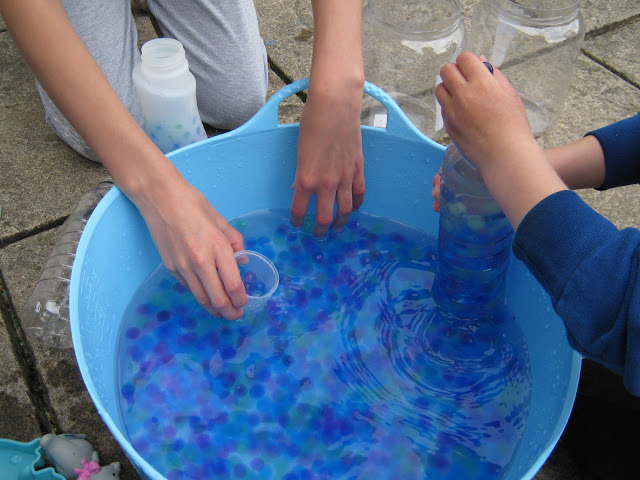 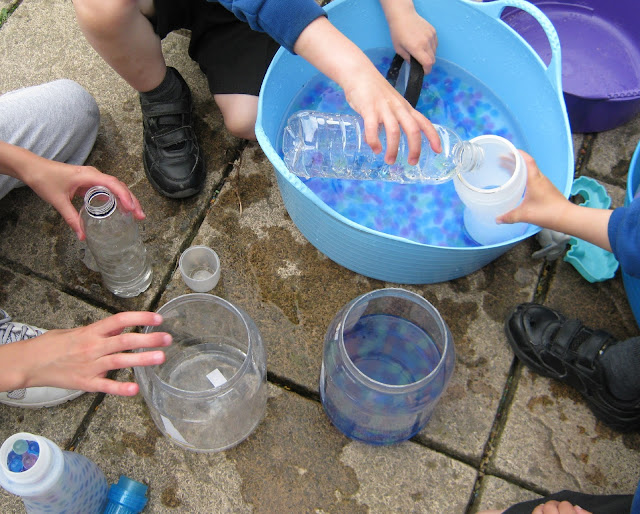 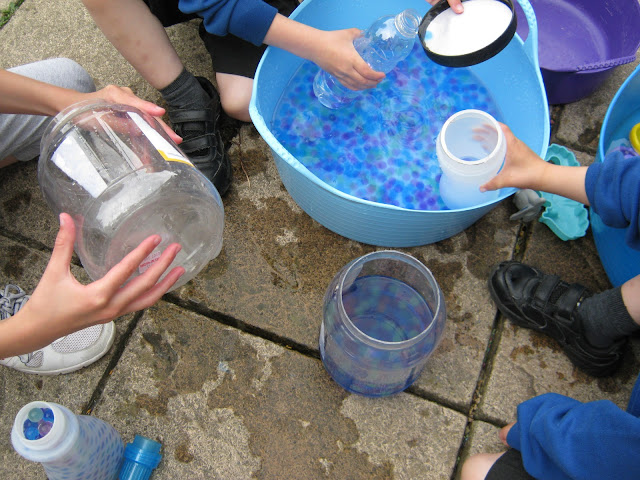 We also spent time seeing how many beads would sink a boat, a floating lid etc, 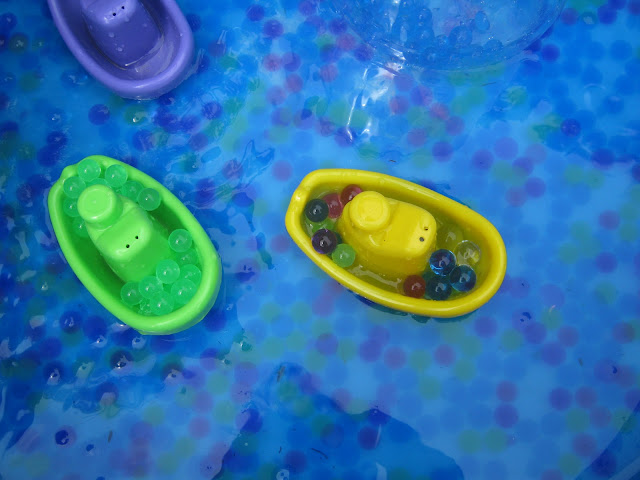 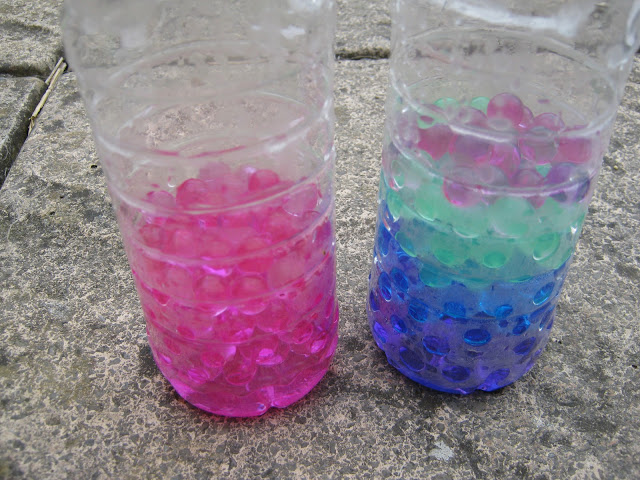 I must admit I like playing with the water beads too, they really do have a lovely feel. the ones I used are these , just in case you are tempted to have a go too :)
Posted by Helen B at 10:19